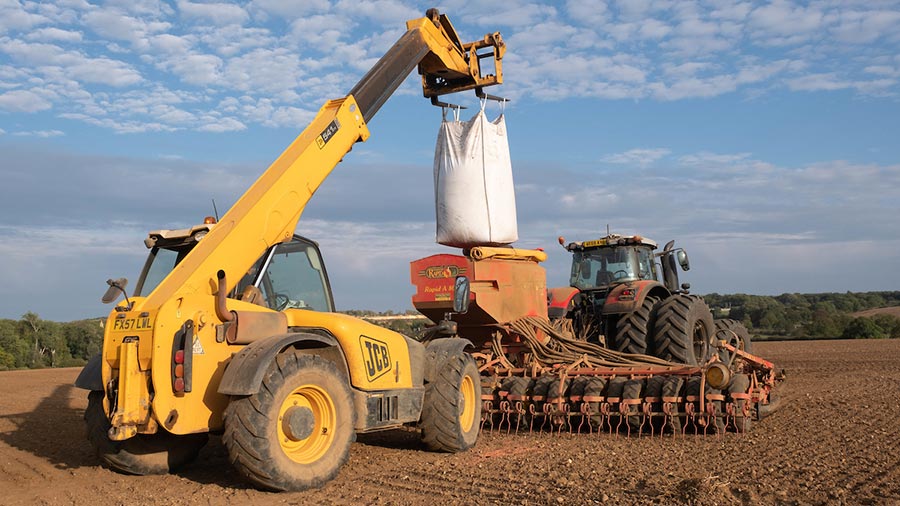 An evolving net blotch population continues to pose challenges for barley growers, who need to combine changes in the fungicide line-up and cultural control opportunities to keep crops clean.

Reduced sensitivity to many of the fungicide groups – including strobilurins, azoles and SDHIs – has been detected in net blotch in recent years, although disease control has been sufficiently reliable to date.

While the situation is not as bad as it is with ramularia when it comes to fungicide choices, the loss of active ingredients such as chlorothalonil and arrival of new chemistry will have to be considered for 2021’s disease control programmes.

See also: How to maximise spring oats for healthier returns

According to disease expert Fiona Burnett of Scotland’s Rural College (SRUC), net blotch has been in a state of change for a while and while it will continue to adapt, resistance has followed a classic slow build-up pattern rather than appearing overnight.

“The net blotch story has been developing since 2012,” she says. “When thinking about fungicide programmes for its control, it’s important to stress that we are talking about reduced efficacy – not a control failure.”

In practice, growers are never dealing with one disease in isolation and their fungicide programmes must reflect that, she adds. “The SDHIs and strobilurins can be used, but they must be in balanced mixtures with azoles.”

A multisite should always be included and folpet is the only available multisite for barley, she advises.

While net blotch is a bigger problem in winter barley than spring, especially after a mild winter, there is a risk to spring barley from seed-borne infection.

That can be remedied with seed treatments, so any farm-saved seed should be tested.

The sedaxane-based seed treatment, Vibrance Duo, is now approved for both winter and spring barley, but does not have net blotch control on the label.

In winter barley, the biggest response comes from the T1 timing, while both the T1 and the T2 are important for the spring barley crop.

The decision on fungicide rates should be made in the field, according to the disease pressure.

“What really matters with rates is that they are balanced. If you increase the rate of one component of the spray, you must increase the others.

“The guiding principle is to make life as hard as possible for pathogens by avoiding overexposure to any one fungicide group.” 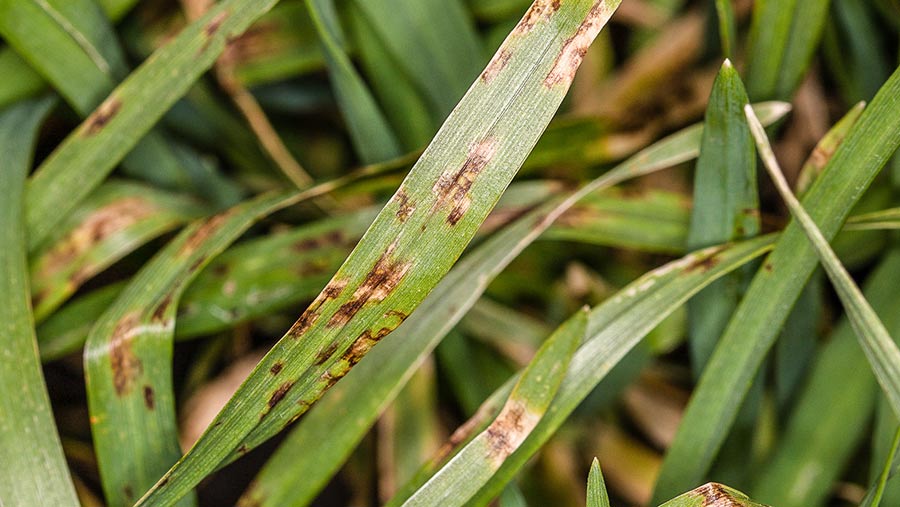 The AHDB fungicide response work conducted in barley in 2020 included two trials on net blotch, although one of these didn’t generate any data, reports Stuart Knight, deputy director at Niab Tag.

In the one remaining trial, there wasn’t a high level of disease and the fungicides achieved a modest level of control.

Newcomer Revystar showed good eradicant activity on the disease, just ahead of Imtrex and Proline.

For protectant data, Mr Knight had to refer to the previous two years, when both Proline and Imtrex did well. “They’re giving much higher levels of control in a protectant situation.”

Cyprodinil also gives useful control and brings in a different chemical group, maintaining some diversity of active ingredients, he notes.

Given that infected stubble, straw residues and volunteers are responsible for most net blotch infections, there are measures that can help reduce the incidence and severity of the disease.

The smaller winter barley area drilled in 2019 and subsequent dry spring should help to limit inoculum for the most damaging early infections in this season’s crop, but there’s no room for complacency as many growers switched to spring barley.

Growing successive barley crops, using high rates of nitrogen, and drilling susceptible varieties should be avoided. Controlling volunteers is important – in the right conditions, the disease cycle can complete in 14 days.

Drilling clean seed and resisting the temptation to save seed from infected crops will also reduce disease build-up.

Variety resistance can be overcome so in-field monitoring is required. Given the current state of play with reduced fungicide sensitivity, a T0 spray should only be considered if over-wintering disease levels are high.

Net blotch is a disease that affects both winter and spring barley, causing yield losses of between 10% and 40% and having detrimental effects on grain quality.

It comes in two forms – a spot form and a net form, with the net form being the more common of the two and less sensitive to fungicides than the spot form.

While it can arise from infected seed, the main source of net blotch inoculum is infected stubble and volunteers, where the pathogen has overwintered. Airborne spores are produced and spread in the wind or by rain splashing up the plant.

Given its life cycle, wet and mild weather favours the disease, as do factors such as high seed rates, early drilling and min-till or no-till regimes.

Infections from seed can look similar to leaf stripe infection, with brown stripes spreading from the base of leaves in seedlings and tillering plants.

Leaves infected by spores from crop debris or neighbouring plants look different. With these, long brown lesions with a mottled or netted appearance develop, which on closer examination consist of a network of brown lines.

Further signs to look for include a yellowing of the leaf tissue surrounding the lesions, which may differ in size.

Another, less common, symptom is the appearance of small, oval-shaped lesions, which are often mistaken for ramularia.

Symptoms can often be found quite widely in winter crops, but the affected leaves then die back. New leaves, produced in the spring, may be symptom-free, with the disease then being found later in the year on upper leaves. High temperatures and dry weather inhibit infections.

Resistance ratings for net blotch are included in the AHDB Recommended List of winter barley varieties. On the latest list, these ratings range from 4 to 6.