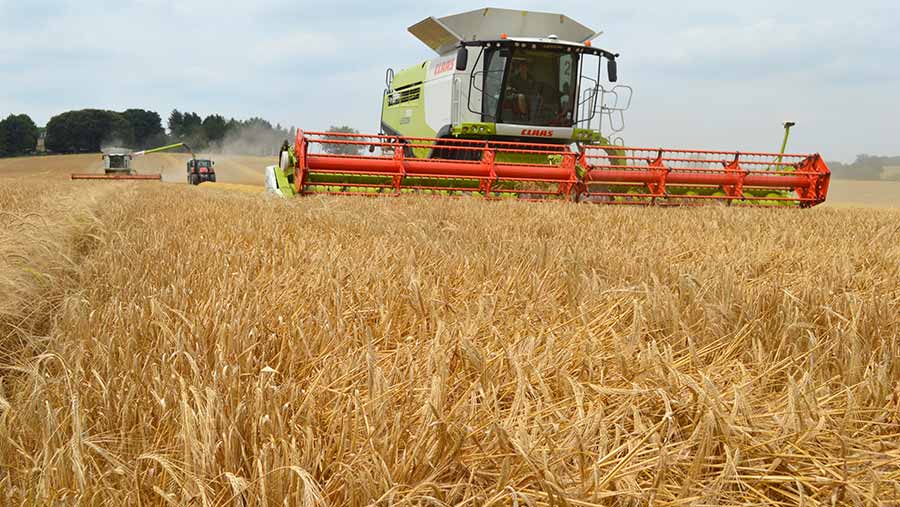 Arable growers are likely to have a six-year breathing space to prepare for the ending of EU-style area-based subsidies, and for the brave new world of a UK farming support package more linked to benefiting the environment.

Subsidy caps for large farmers have still to be worked out, but most will have a subsidy safety blanket while they make the necessary changes to their farming systems.

In our two-part series, we will take a close look at how two big farming operations are planning for the change by becoming more efficient at growing crops and more savvy at trimming costs.

Part one of the series takes a look at one big arable estate which is well down the path of preparing for a world of changing subsidies and priorities. 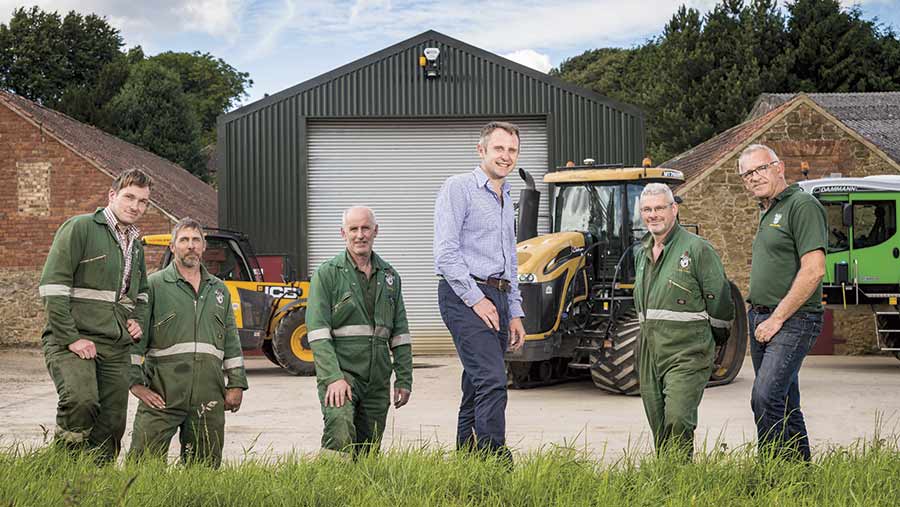 Chris Baylis started to plan for subsidy-free farming over six years ago by boosting yields and cutting costs to produce wheat at close to £100/t on a large Lincolnshire estate.

When he became the manager of the estate in October 2011, he was tasked with creating a sustainable farming model viable for a future with support levels, even then, under threat.

A review of the farm business put the scrutiny on the cost of grain production per tonne, and the strategy that followed resulted in the five-year average wheat yield rising 13% and fixed costs – largely machinery – falling by 22%.

“Six years ago we looked to develop a farm business model not sustained by subsidy support, and our ambition was to produce wheat at £100/t before rent and finance, and we are close to that now,” he tells Farmers Weekly.

See also: How to hit the right protein content for your milling wheat

It took a new strategic plan, the sale of surplus machinery, a focus on long-neglected land drainage and the widening of the estate’s rotation to put them on track to meet that laudable aim.

The 3,600ha estate stretches across the northern edge of the Lincolnshire Wolds to heavier land 10 miles away close to the River Humber, farmed six years ago as two separate farming blocks with their own machinery and staff.

“We decided that rather than operating two farms we should run two rotations, one for the Wold land and one for the heavier ground,” adds Mr Baylis, who was the 2017 Farmers Weekly Farm Manager of the Year.

A plough-everything policy was shifted to one where 80% of the land is direct drilled or minimum tilled, which has seen the farm now use a third of the diesel consumed under the old ploughing regime.

Wheat yields have climbed 13% since 2012 to a five-year average of 9.9t/ha, with spring and winter barleys showing similar rises, while spring beans showed more consistent yields than their winter cousins on the estate owned by Richard Sutton.

Mr Baylis outlines some of the key ingredients which sparked improvements on the arable estate, which consists of 770ha of heavy land and nearly 2,000ha of light Wold land.

The move to run the heavy land together with the Wold farm based at Stainton le Vale, 10 miles south west of Grimsby, allowed a sell-off of excess machinery, while a “wishlist” was drawn up for new machinery purchases.

Tractor numbers were cut to five from the nine previously run across the two farms, with two extra tractors hired for summer grain hauling.

In addition, the combined farming operation was divided up into 120ha cropping blocks giving clear daily workloads for the farm’s machinery.

A 120ha block represented one day’s harvest work for the farm’s two combines, one day’s work for two drills, two days for the cultivators and half a day to spray.

The three-year Wold rotation of largely winter wheat, oilseed rape and usually a spring break is to be pushed to seven years by including spring and winter barley.

This has resulted in higher rapeseed yields as the entry crop is now usually winter barley and so allows oilseed rape to be drilled earlier.

A switch was made to hybrid six-row feed winter barley varieties from malting ones, as winter malting samples could be difficult to produce and the feed varieties gave much higher yields.

The workforce across the 3,600ha is now four full-time arable operators, a stockman, a working farm manager and Mr Baylis as head of farming, with six casual staff brought in for harvesting.

There are no grain drying facilities on the estate as all grain is delivered to nearby farm co-operative WoldGrain, freeing up staff from operating grain drying equipment at harvest time and waiting around to load up lorries throughout the winter.

A move to liquid nitrogen from a more “labour hungry” solid fertiliser operation has saved time as well as producing more even crops.

Work on land drainage has helped widen the window for working on the land by allowing later drilling and also earlier fieldwork in the spring.

A repair and extend drainage policy looks to drain about 50ha each year of the heavier land and also the low-lying valley bottoms in the chalky Wolds.

This has resulted in improved yields and better control of the wet-loving blackgrass, while it has also extended the window for working on the land.

This means delayed drilling can be used on the heavy land, even holding back with the drill until November to counter blackgrass.

In addition, spring crops can be drilled at the optimum time as the land is no longer lying wet over winter and dries up quicker than before ahead of spring drilling.

The move from 100% ploughing to 80% direct drilling or minimum cultivation has seen a massive cut in diesel use from 66 litres/ha some six years ago to 22 litres/ha for establishing wheat crops.

Now all oilseed rape is direct drilled and some winter wheat, although minimum tillage is preferred for wheat where slugs are expected to be a problem.

Ploughing is now largely used as a “reset button” to bury blackgrass seed and then keep it buried by using direct drilling and minimal tillage.

Machinery hygiene has taken on more importance as cultivators and combines are used across the whole estate, so these machines need to be cleaned before moving to different parts of the farm to prevent the spread of blackgrass seed.

A traffic lights system is used after assessing fields in June giving each field a red, amber or green light on the severity of blackgrass.

Bad “red” blackgrass fields are then scheduled for delayed drilling and spring cropping to get on top of the grassweed problem.

Winter wheat which was generally drilled in late September is now delayed until late October and early November, and if wet weather disrupts drilling, a spring crop will be sown.

On the Wold land, if blackgrass is serious then two spring barley crops are grown rather than a spring and winter barley to get on top of the grassweed.

A switch to liquid nitrogen, which is applied through the group’s two self-propelled sprayers, allowed one of the two solid fertiliser spreaders to be sold as only one is now needed to spread solid phosphate and potash in the spring.

The liquid system is not as labour hungry as the solid system and produces better accuracy and hence more even crops. There are 14 liquid nitrogen tanks across the estate.

With tramlines increased to 32m from 24m, accuracy is even more important especially on slopes and the use of liquid nitrogen means there is little overlapping, better and more even headlands with less fertiliser going on to the field margins.

Tissue testing is conducted three times in a season, and magnesium is often added to crops on the Wold land and manganese on the heavy land, while more boron is being used across the estate.

The estate uses farm-saved seed for 75% of its wheat area to save costs while variable seed rates are used to give even crops across the fields.

Fungicide use is tailored to risk, with yellow rust more prevalent near the River Humber while septoria is a bigger risk on the Wolds.

The winter wheat variety Santiago is often used in bad blackgrass situations, and it is very competitive in the autumn and spring in smothering blackgrass.

New wheat varieties are assessed on yield, disease resistance and place in the rotation, and varieties such as Siskin, Skyfall, Relay, Revelation and Santiago are grown.

Mr Baylis also manages the farming enterprise on a 2,200ha Berkshire estate for the same owner, and his next step will be looking at making economies of scale that can be made for agronomic inputs and machinery buying across the near-6,000ha total holding.