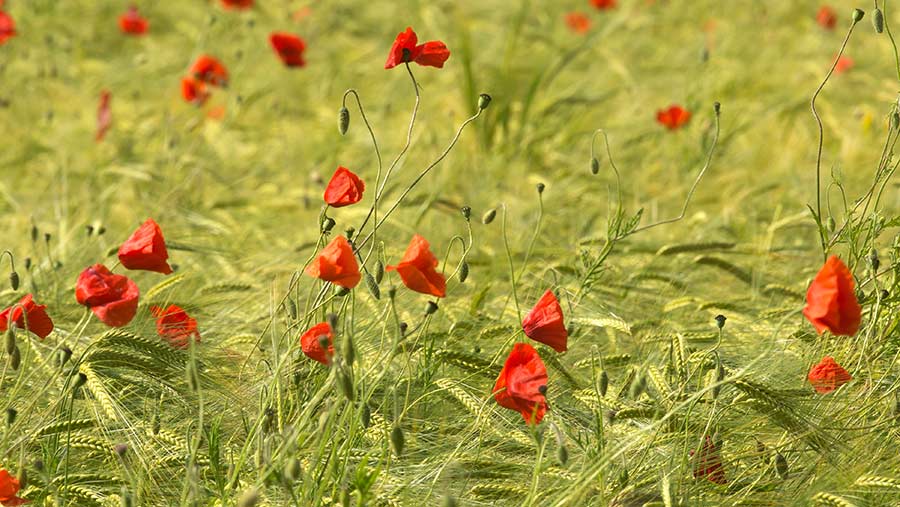 Richard Thompson is using the latest varieties and technology to produce top-performing wheat, barley oilseed rape and potato crops on one of the oldest organic farms in Yorkshire.

Farming using natural methods – relying on the soil to feed the crops, while rotations and varieties reduce the risk of disease and pests – is even more relevant today than it was when his father converted the 120ha farm to organic some 70 years ago, he points out.

“We’re certainly not stuck in the past,” says Mr Thompson, who is also chairman of Organic Farmers and Growers.

“We’re operating a mixed farming system and making good use of modern ideas and integrated techniques. It just so happens that we do it organically.”

Grass/clover leys provide grazing and silage for the farm’s store lambs and fattening cattle, which are supplied to Dovecote Park, while batches of bed-and-breakfast pigs are kept on second-year grass leys throughout the winter.

Up to 500 pigs at a time come in at 40kg and go straight outside in the free-draining chalk soils, with three batches produced each year. 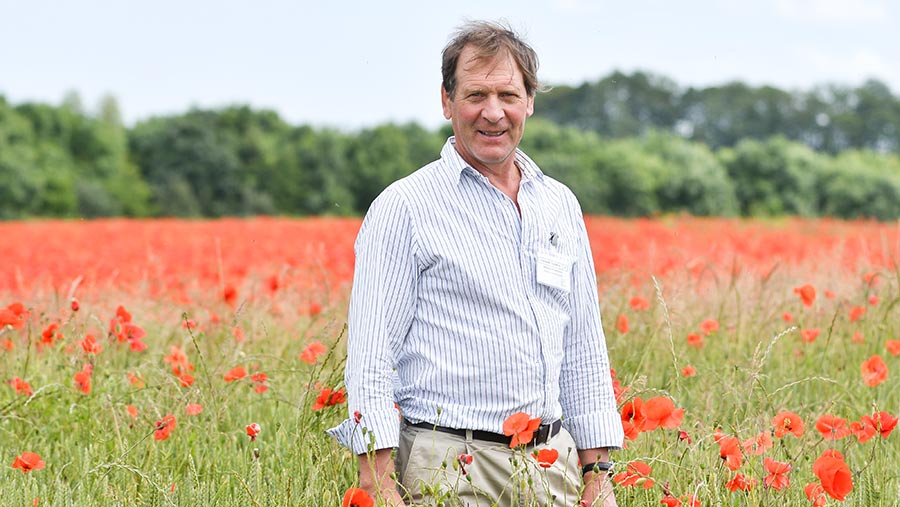 “Clover is the key to our farming system,” he explains. “We rely on it and other legumes for nitrogen, so that nutrition comes from the soil.

“Muck is also important for recycling and balancing nutrient supply. Our biggest application of muck goes on before the potato crop.”

The grass/clover leys are a mix of six or seven species and are down for two years, fuelling the system. Spring barley is undersown with them, with the leys going in just before the barley is up.

“Red clover can fix up to 400kg of nitrogen,” says Mr Thompson. “We find that red clover is better in a cutting regime and for short-term fertility-building mixes – our longer-term mixes contain white clover.”

The spring barley is produced for the export market, usually going to Germany for organic malting. The current feed price of about £280-£290/t makes it worth doing.

Winter wheat, which is grown twice every six years, follows the grass ley and yields between 5-7t/ha, being drilled after 1 October. With no spray costs it matches the returns of a conventional crop closely, selling for around £300/t.

“There’s no blackgrass to worry about, as the preceding two-year ley is cut for silage and grazed, so the grassweed seed risk is reduced.”

Charlock and poppies are the two main weed challenges at York Grounds Farm. A tine weeder is used in the cereal crops, with robots looking like an attractive proposition for the future.

“Plenty of modern ideas fit into an organic system,” he says.

Wheat varieties grown come mainly from the Recommended List, with Mr Thompson looking for better disease resistance ratings. Blends of varieties have been grown on the farm – proving fine for the feed market, but not for milling.

After harvest, providing there’s time before the next crop, he will try to get a cover crop established. Mustard is preferred for its low cost and simplicity, with flailing and incorporation used to destroy it.

Ploughing is the method of choice for cultivation. Mr Thompson finds it does the best job at destroying grass leys and is essential before and after potatoes.

Some 12ha of potatoes are grown for the pre-pack market, yielding about 37t/ha and selling for £400/t. “They’re a gamble and becoming a bigger risk all the time. Disease resistance is essential, so some of our crop is Cara.”

Blight and slugs are the two main issues with the potato crop, he says. “We can use ferric phosphate and we have been able to use copper up until now. That product licence has been withdrawn, so the potato gamble is increasing all the time.”

Otherwise, the farm’s cold storage facility is used for sprouting control, while growing the crop in a six- to seven-year rotation means there are no potato cyst nematode issues.

“Weed control is done by cultivation and cover crop, with fast crop emergence essential for competition. That means we don’t plant them too deep.”

As his potatoes can’t be sprayed off, he relies on flailing and then waits for the skins to set.

Oilseed rape is established by strip-till, so that it grows among either a clover or a cover crop, making it difficult for cabbage stem flea beetles to find the young rape plants.

“A clover understorey seems to confuse the flea beetles. It also fixes nitrogen and releases it when the clover is defoliated, so it provides pest management services and nutrients.”

Mr Thompson’s final point is that the soil organic matter releases nitrogen as the soil warms up, so organic crops tend to get their nutrients a bit later than those grown with the use of fertiliser.

“They can be a bit slower to get going in the spring, but that isn’t always a bad thing.”

Richard Thompson was speaking at an AHDB Monitor Farm meeting in Brigg.