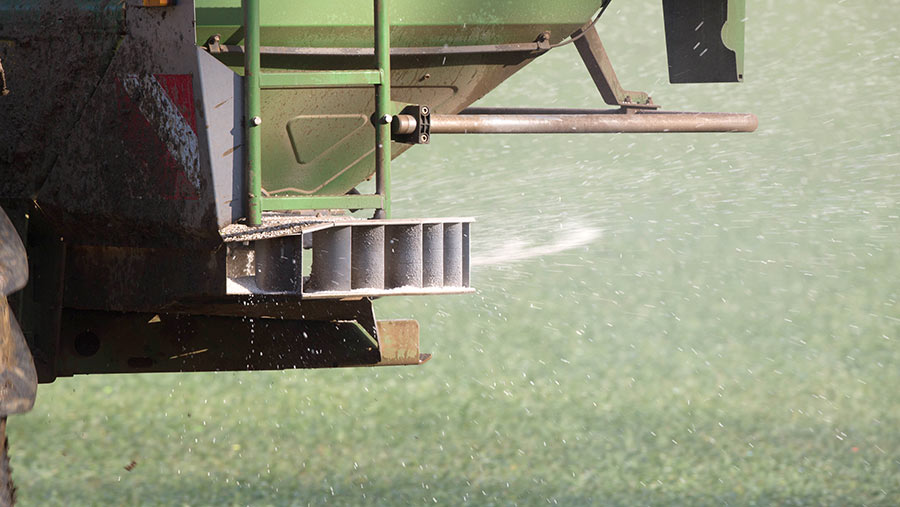 Getting locally relevant trials data is challenging and no area demonstrates this better than the fertile Grade 1 silts of south Lincolnshire.

These high-yielding soils may be the envy of many arable producers, but growers working them require technical information tailored to a very unique set of challenges.

To plug the knowledge gap previously filled by local government-funded research stations, several farmers and farm managers around The Wash set up the Holbeach Marsh Agronomy Group back in 2002.

It now provides detailed agronomic guidance to 20 arable businesses spanning 20,000ha and funds £15,000-£20,000 worth of replicated field trials each year – the results of which are strictly confidential.

Trials protocols are driven entirely by members’ needs and have investigated anything from potato cyst nematode (PCN) resistance and tolerance of potato varieties to cereal plant growth regulation over the years, all providing valuable insights.

However, most funding goes into two research areas that make the biggest difference to its members’ profitability – long-term cereal fungicide and crop nutrition trials.

Mr Howell was one of the founding members of the group and sees significant benefits from being involved.

He says the soil type, climatic conditions and rotations – many of which contain vegetable crops such as brassicas – are vastly different from where most crop trials data come from today, particularly for cereals.

“People are generally drilling wheat later here than in traditional arable areas and the inherent fertility is significantly higher.

“There are so few trials conducted on the silts now, so it’s good to get an independent view on these issues right on our doorstep,” he explains.

The demand for relevant cereal fungicide trials data provided the spark that started the group, with the growers wanting to optimise wheat fungicide inputs to protect the very high yield potential of the area’s soils.

John Keer, an independent agronomist who co-ordinates the trials on the group’s behalf, says yellow rust was traditionally the disease feared the most around The Wash.

However, with the cool and damp conditions and very lush crops fed by such fertile soils, he says septoria pressure is more akin to the wetter west of England and has gradually become a much greater concern.

On his advice, the focus of the trials switched to septoria in the mid-1990s and since then, its members have been able to track declines in efficacy of the strobilurin, azole and – most recently – SDHI fungicide groups against the disease and react accordingly. 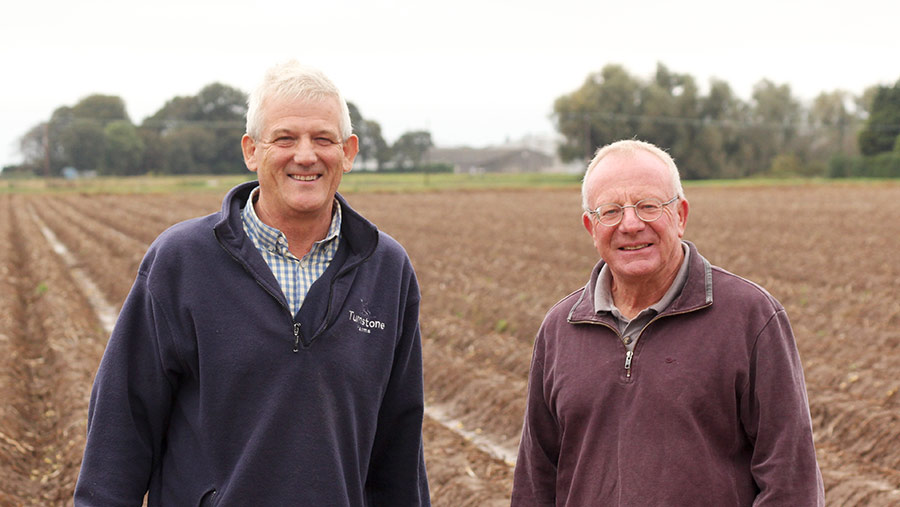 The works results in members switching products or tailoring application rates to get the best performance and value out of a dwindling fungicide portfolio.

In addition, the group accepts a small quantity of agrochemical manufacturer sponsorship, whereby development or near market products are supplied for testing in its trials.

Dr Keer says this represents a huge risk for manufacturers, because the work is done completely independently using his own protocols, but the rewards for both sides can be great if products perform well.

As most members purchase inputs through buying groups, the companies get immediate market penetration and sales, while the growers benefit from seeing new solutions first-hand and knowing how best to use them as soon as they become available.

“The vast majority of the funding still comes from the membership. The sponsorship we do get from manufacturers is a small proportion of funding and that is a balance we want to keep,” he explains.

Another significant advantage of running independent trials in this way is that the group can be very agile in the face of problems, such as rapid or unexpected plant protection product withdrawal, which is happening on a more regular basis as regulations tighten.

Unlike larger organisations, which can be bogged down with bureaucracy, Dr Keer can change trials protocols at the drop of a hat to meet some of these challenges head on.

One recent example is the withdrawal of protectant multisite fungicide chlorothalonil, which plays a crucial role in cereal disease control and fungicide resistance management.

The news that sales would cease in November 2019 came on the eve of last spring’s T0 fungicide applications and Dr Keer was able to change his trials treatments to gather valuable 2019 data on how best to manage disease without the active.

“In the original protocol, chlorothalonil played a prominent role, but we were fleet of foot and able to change it overnight. It means the group are already up and running and more confident [for the future].

“Others would struggle to do that, and it ensures that the trials are as relevant as they can be, which I think is key,” he explains.

On the fertile silts, managing nitrogen in wheat is tricky – too little and growers can fail to fulfil huge yield potential, overcook it and serious yield and financial loss can occur through wasted inputs lodging.

As a result, it was decided to add long-term crop nutrition work to Dr Keer’s remit, and this has provided some extremely valuable insight for Holbeach Marsh Agronomy Group members.

From eight years of data, the group have managed to establish how much under- or overapplying nitrogen costs them and fine-tune applications accordingly.

An example from 2018 (below) shows the value of the nitrogen response work, with 200kg/ha being the most profitable.

However, the RB209 Nutrient Management Guide recommended 150kg/ha of N in the same situation, which would result in lost revenue of more than £120/ha.

“People shy away from nitrogen work, as it is quite difficult to do – you need several seasons’ of data to make it worthwhile. But knowing the interactions between N inputs and local conditions [to get applications correct] is critical to maximise profitability,” says Dr Keer.

Mr Howell says that as well as optimising nitrogen inputs, the nutrient trials have also given him the confidence to cut sulphur from cereal nutrition programmes on his heaviest silts and make significant savings.

Nitrogen-sulphur products were once in vogue, but sulphur has been shown to provide no consistent benefit in wheat crops on these soils. This allowed the business to go back to straight N, except in oilseed rape.

“In the 2018 results we got a slight benefit, which was the first time in a long time, and it shows every season is different,” explains Mr Howell.

“It [N+S fertiliser] remains one of a number of core treatments across the fungicide and nutrition programmes and we will keep watching to see how it is performing. It’s the consistency and general trends over time that we’re looking for.”

For Mr Howell, the networking and social aspect has been an additional positive from membership of the group, with growers sharing their experiences during the season and at annual winter meetings.

On this collaboration, Dr Keer says he is often surprised by members’ openness during discussions, and believes this sharing of knowledge and ideas is something that should become more commonplace to help the industry improve.

“I see too much competition among growers in this area and there needs to be more co-operation.

“It doesn’t necessarily have to be expensive investigative work like ours – just discussions on what went well and not so well would be a start.”