Tough times are ahead after Brexit and having a more resilient cropping system will be the key to arable farms weathering the storms.

Here we take a look at how four AHDB Monitor Farmers have improved the resilience of different aspects of their businesses. 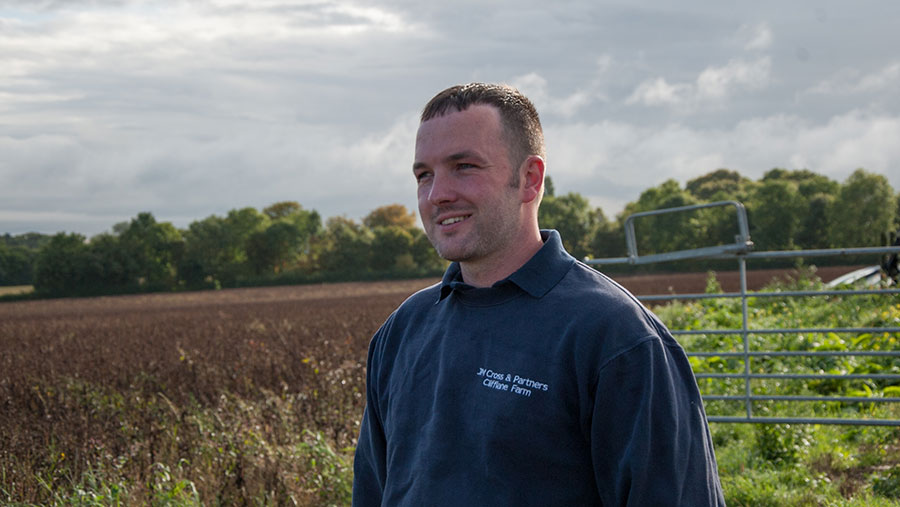 Becoming his own agronomist has meant that Warrington Monitor Farmer Rob Cross can continue with the sustainable and diverse farming system that he favours.

Farming more than 270ha on the urban fringe in north Cheshire, Mr Cross’ preference for a seven-year rotation made it difficult to recruit a new agronomist when his existing one retired.

“He’d been with us for 20 years and had always encouraged me to take the agronomy on,” he says. “None of the replacement candidates we identified was prepared to do things my way, so that’s what I had to do.”

See also: Why wheat is £10/t cheaper to produce with no-till approach

Armed with a BASIS qualification, Mr Cross established his own decision process for formulating spray programmes – something he still sticks to today.

His first step is to assess the behaviour and life cycle of the pest or disease, so that he can move on to the second stage, prevention.

“That involves making best use of all the cultural controls available, from drilling date and trash management to using resistant varieties,” he says.

This is followed by observation, through the use of regular crop monitoring and thresholds, as well as recording weather conditions.

The last stage is intervention, when the right product is selected and spray applications are made.

“Application is important because timing is everything for good results,” he stresses.

“There is a conflict between work rate, efficacy and timeliness which farmers have to tussle with every time they go spraying, with lots of differing advice on offer.”

He also highlights the loss of active ingredients and the increasing threat of resistance as further challenges. “It may be that we have to accept dirtier crops in future and take a more holistic approach.”

His own rules are to avoid additional fungicide spray timings, such as T1.5, and to only use two SDHIs in extreme situations.

“Getting your timing right and adapting your plans to the weather are essential. Having to buy agrochemicals so far in advance in order to guarantee supply isn’t right for my system and it’s something that needs to change in the industry.”

Having returned to the family farm in Forfar at the age of 23, Mr Black admits that he then put himself under pressure to learn and develop, taking a fast-track approach.

He started by signing up as the first Monitor Farm in Scotland. “It was daunting,” he recalls. “I was standing up in front of local farmers, all of whom had many more years of farming knowledge and expertise than I did.

“My decision making was being scrutinised and questioned. It was uncomfortable on occasions.”

Further high-level leadership training followed, including one-to-one coaching, all with the aim of becoming a better leader and pushing himself forward. The pace and intensity were relentless.

At the same time, he had set himself personal goals of being married and becoming a father – both very important to him.

“I had reached that goal by the age of 28. In fact, I had smashed it – two sets of twins meant that we had five children.”

However, the day-to-day pressures of running the farm business and continually striving for improvement were taking their toll on his well-being.

“It took a while for me to realise that I wasn’t happy. I had to learn to think about me, rather than we – the farming business – all the time.”

That involved understanding whether he was farming for himself, or for his father’s and other people’s expectations. He also learnt to recognise that he tended to take a bad work day home to his family, making everyone bad-tempered.

“If you’re grumpy, it spreads to those around you. That includes your staff, as well as your family.”

He now has a personal board of directors, as well as a business one.

“They come from other industries and help with both my personal and professional development,” he says. “Leaving your emotions out of business decisions can be difficult in a family farming partnership.”

Mr Black believes he now has the mindset needed for the future, whatever the challenges. “I can now consider what’s best for the business, as well as what’s best for me.” 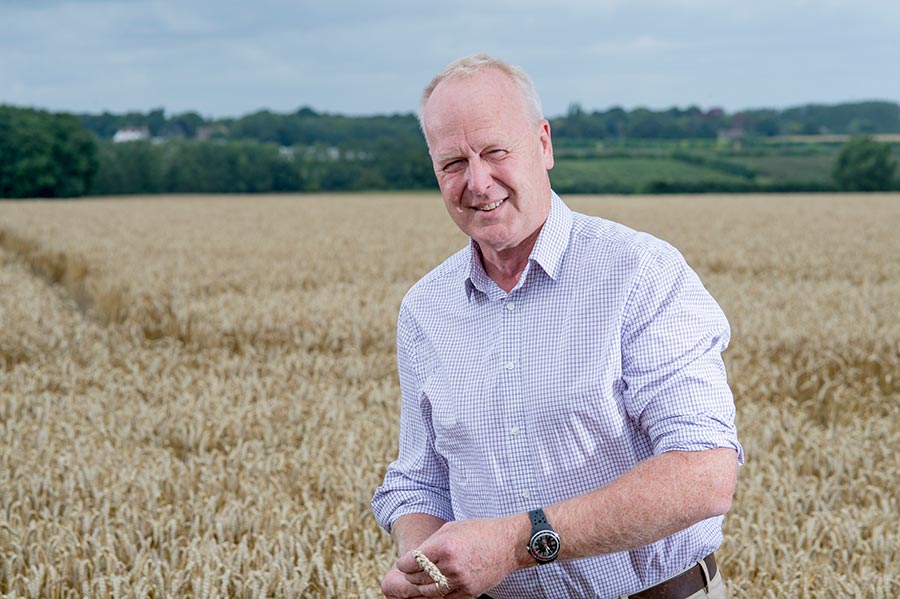 A sizeable investment in infrastructure has allowed a Kent farming business to transform its performance and prepare for the post-Brexit landscape.

With arable, fruit and sheep enterprises on 1,760ha near Sittingbourne, farm manager Mark Bowsher-Gibbs’ calculations that almost half of the business profit came from subsidies prompted a re-think.

The fruit enterprise was losing £400,000 in 2012, he says, while the sheep were holding their own and the arable was profitable. But producing apples, pears and cherries had the advantage of being far less reliant on subsidy, with its small footprint and high output.

“Given that situation, we planted new orchards and introduced controlled-atmosphere fruit storage regimes. It transformed fruit production on this farm,” he says.

Good facilities were also needed for the arable enterprise, so a new agrochemical store and four sprayer fill points benefited both parts of the business and ensured they were fit for the future.

In addition, an 80,000 litre diesel store and state-of-the-art grain storage and drying facilities are now part of the set up.

“We have a combine capable of cutting 50-60t/hour, so we need to be able to dry and store grain quickly to get the best price and keep things moving at harvest.”

Purpose-built offices have helped too. Communication and teamwork is better, which has boosted staff morale and productivity.

As a result, establishment costs have fallen by £44/ha, while soil structure and timeliness have improved. Controlled traffic farming, which restricts field traffic to permanent wheelings on a 30:10m system, is also helping with soil management and building fertility.

Diesel use is down to 95 litres/ha and the total arable labour and power cost is £341/ha, putting the business among the top performers.

“The investment has given us some resilience for the future, but that’s not all we’ve done,” he says.

“There’s also been a focus on costs and technical improvement – all of which is showing in our results.” 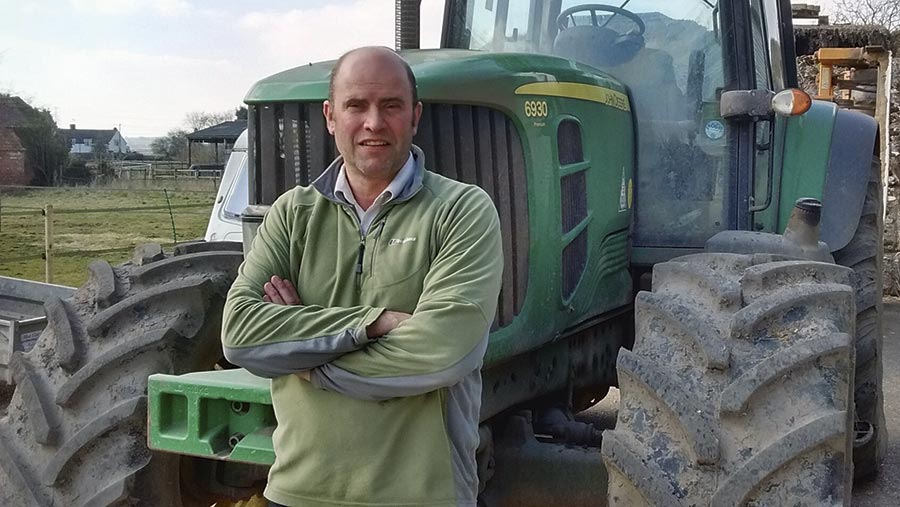 Running a progressive farming business which has room for wildlife and nature to thrive is important for John Miller, the AHDB’s Newark Monitor Farmer.

With 685ha of cropping in the Trent valley on two very different soil types, he has been keen to reduce soil movement since taking on the Monitor Farm role – for both environmental and economic reasons.

However, with sugar beet and maize in the rotation, he knows that soil condition could be limiting, especially after a wet harvest, and has concerns that a yield dip could result from a move to no-till.

“We’re going to have to learn patience and accept that no-till isn’t a magic wand,” he says.

His previous establishment system, which was based on an Amazone Cayena drill, required five passes and cost £95.60/ha.

The opportunity to tackle this came with the purchase of a second-hand 6m Horsch Joker drill, which allowed him to cover the ground quicker, reduce the number of passes and bring his establishment costs down to £83.74/ha, a saving of more than £11/ha.

“That represented £6,000 across the whole farm. It also had a significant effect on our labour bill – the hours worked fell by 22%.”

However, there is still more to come, he believes. As a result, he has applied for a Leader grant for a 4m Cross Slot drill, which he hopes will take him to the next stage.

Already using 5,000t of cattle muck and 2,000t of sewage sludge, he intends to improve soil health and reduce costs further. He also plans to introduce cover crops to keep the soil biology going, which he hopes will have a knock-on effect on his fertiliser bill.

Glyphosate will be an integral part of the system, so Mr Miller is continuing with an on-farm trial in a 10ha field which looks at not using the herbicide at all for three years.

The four farmers were speaking at the AHDB Monitor Farm conference held at the University of Nottingham on 19-20 November.