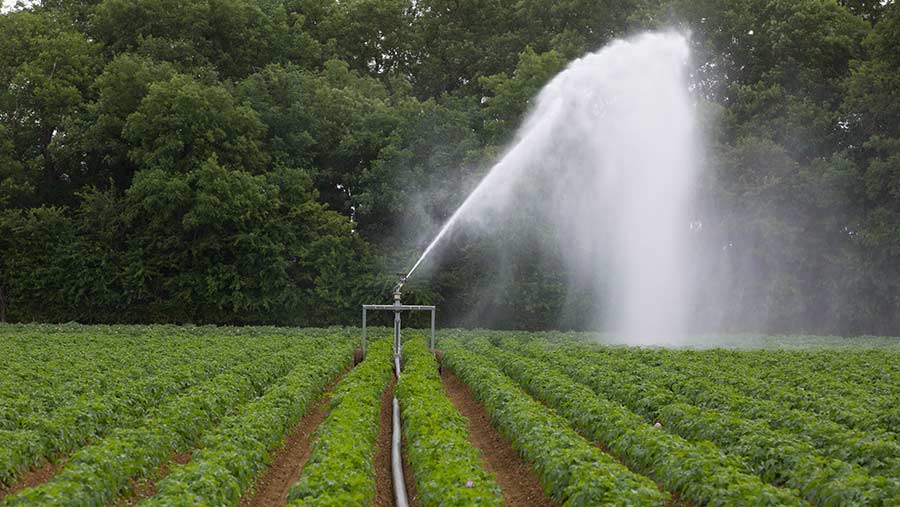 One large Suffolk Breckland estate is set to see its two reservoirs run dry this week, with the biggest effect likely to be a reduction in the yields of its carrot and parsnip crops.

Elveden Estate, which is the largest ring-fenced arable farm in lowland Britain with its 3,400ha of cropping, will now have to rely on boreholes to irrigate a range of vegetable crops.

The estate encompasses some of the lightest blow-away sandy land in Britain, but with irrigation produces good vegetable crops, including 6% of the nation’s onions.

Andrew Francis, farms director, says the estate’s 480ha potato crop has had enough water, but onions have had restricted water, while the biggest effect on yield will be seen in the estate’s carrot and parsnip crops.

“One reservoir is dry and this week the only other one will dry up, so this will take out 40% of our water irrigation capacity, and we will have to rely on boreholes,” he told Farmers Weekly.

The estate, in the north-west corner of Suffolk, near Thetford, grows cereal crops such as wheat, barley and rye, as well as vegetable crops such as potatoes, onions, carrots and parsnips.