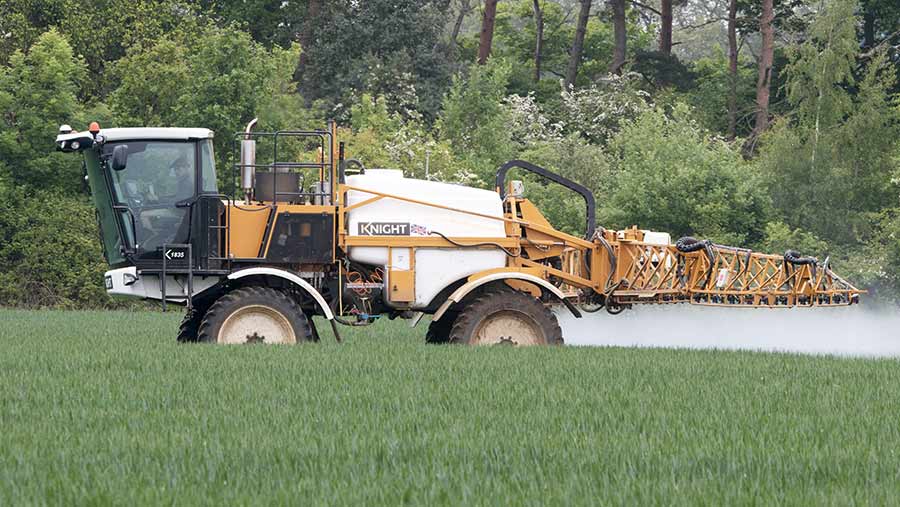 An increasing proportion of wheat crops being tested are deficient in boron, which could be costing farmers lost grain yield.

Boron is a key nutrient that affects flower development and pollen viability, and importantly in cereals, this means the number of grains in each ear.

However, by the time farmers see any symptoms, it is too late and yields have already been affected.

“It is what we call hidden hunger. The plant is deficient, but you don’t see any signs and it is affecting yield,” she says.

One way to avoid this is by tissue-testing crops when they start growing in spring to identify any problems early.

The signs of boron deficiency

Previously, boron deficiency was not an issue, but in the past few years Yara has seen a lot more. “Perhaps pushing for yields is the reason why we are starting to see it more in crops.”

In 2017, three-quarters of samples tested were deficient, whereas in 2016 it was 69%. Where testing shows there is a deficiency, farmers can then go in with a foliar application.

Ms Wood points to a trial carried out in Yorkshire comparing wheat receiving a micronutrient mix to ensure there were no other limiting nutrients to one receiving boron. Adding boron lifted yields from 8.01t/ha to 8.33t/ha.

“With boron, you tend to go later than with other micronutrients, so you treat plants before flowering,” she says.

However, Yara trials last year also found a benefit when applying boron earlier at growth stage 31. So this year, she is investigating both timings.