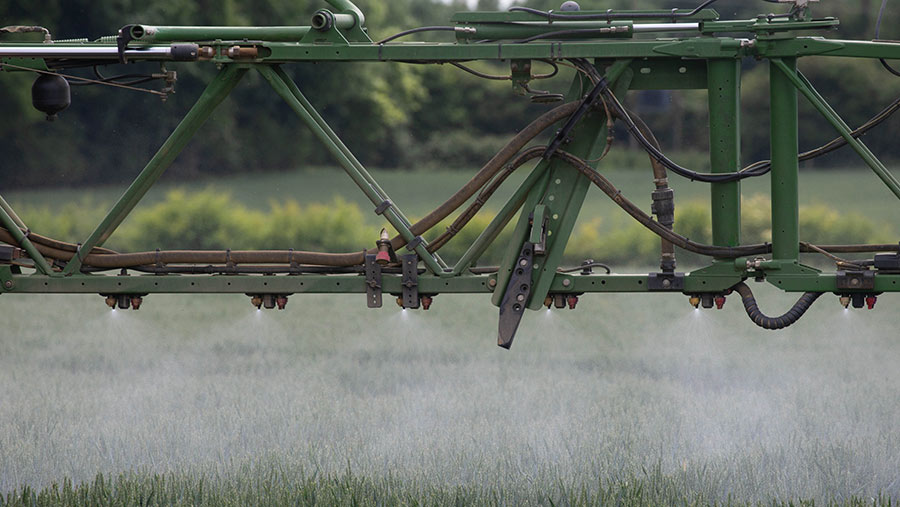 Microbial-based products in agriculture have over-promised and under-delivered. However, the first high-performing microbials may only be two to three years away and by the end of the decade there will be many more.

That is the assessment delivered by Jason Garbell, senior director of new business for Novozymes, a Danish biotechnology firm and a global leader in agricultural biological solutions.

“We’re at a point where we have created our own problems by over-promising what biologicals are capable of doing,” he said. “And now we are trying to change that image with farmers, regulators and partners.”

It is a point backed by another industry leading player, Mike Miille, chief executive officer of Joyn Bio, a joint venture between Ginkgo Bioworks and Bayer.

“You have to talk about performance,” he said. “Everything comes back to attaining a level of performance that will result in the first blockbuster microbial product.”

Until microbials reach that level of performance there is no chance they will replace chemical crop protection, Mr Garbell says, resulting in them continuing to be used in combination with conventional chemistry.

Examples of biological and chemical crop protection working in concert include use as a co-applied seed dressing in maize crops in the US, and in programmes to reduce residues on crops.

Those introductions have given biological products a foothold, especially with big ag companies, but regulation remains a challenge, not just in Europe but also the US, partly because of the sheer numbers of products seeking approval.

Mr Garbell’s solution is for a fast-track process, without sacrificing safety, to accelerate approval of products that reach an agreed performance threshold.

“We need a way past the regulatory logjam, but we have to earn that right with performance.”

Climate change, and perhaps the decline of the oil industry, could combine to accelerate momentum in microbials, says Anthony Finbow, chief executive officer of Eagle Genomics.

The company uses data to help companies bring microbial products to market more quickly.  “There are global forces that are going to drive the acceleration and transformation of our industry.”

But usability is a second key barrier to wider adoption, Mr Miille says.

“A lot of microbials don’t have the stability or the shelf life and that can be a deal breaker. If you look at grower adoption of new technology, one of the first things they look at, along with the economics, is how much do they have to change their current practices.

He says if there is a product that can fit into what farmers do already, it will accelerate adoption significantly, and then it’s about performance.

“But if you introduce a novel product that requires them to do something differently, then the road to adoption is much harder.”

There’s no one way for microbials to get into the hands of growers, he notes.

“But to have the impact on sustainability issues, like climate change, they will have to be put into the hands of Big Ag companies because of their infrastructure and global reach.

“If you are a small company developing novel new products, do you want to take dollars and build a new sales force from scratch? Economics are part of that decision.”

The higher the performance of the product, the easier it will be to partner with somebody who will have greater commercial reach than you do.

Put efficacy together with a product that makes the grower more money and you have a chance.

Historically, there was a focus on finding a single microbe, or small consortia of microbes, as a silver bullet, explains Jamie Bacher, chief executive officer of Boost Biomes, a US-based food and agriculture biotech startup.

But thinking more widely about microbial ecology and the relationships between microbes already in the soil and ones in products would bring improvements, he suggested.

Technology was becoming available that would make this easier, Mr Finbow says. “We’re moving to an appreciation of the whole microbiome.’

Data science will enable a much greater understanding of how interaction between the microbiome breaks down or enhances plant health and function. “This is the disruptive opportunity we have.”

Experts debate whether future blockbusters will be “mined” from existing microbial populations in the soil or engineered.

Mr Finbow points out only 1% of the microbial content of the soil has been characterised, so there is a lot of opportunity for mining existing microbe populations by building interrogable libraries.

“We need to do both,” Mr Garbell said. “We need to find out how the microbes are working.

“It might not be the dream of a single microbe doing everything. Instead it might be technology derived from a microbe that we pull out or engineer. It’s going to take science to extract what’s working.”

Highly engineered strains faces challenges, such as reduced fitness or robustness in production, argues Dr Bacher. “Our view is you could support them with other microbes, so it is a holistic approach.”

Despite the challenges, Mr Garbell was confident high-performing microbials were close. “You will see the first in two to three years,” he predicts.

“And then by the end of the decade there will be a plethora. We’ve learned from our mistakes and are digging in with hard science.”

This information in this article comes from a panel session at the World Agri-Tech Innovation Summit in San Francisco.

Ascribe Bioscience, founded as the result of research at Cornell University, is developing novel crop protection products where the equivalent of an aspirin tablet could treat 6ha.

The initial product, Phytalix, is based on naturally occurring small molecules produced by soil microbes that plants respond to in their natural environment.

The firm’s chief executive officer Jay Farmer describes it as a broad-spectrum biopesticide. “It’s based on a small molecule from the soil microbiome that plants have evolved to detect at very minute levels.

“When a plant perceives this molecule they prime multiple defence pathways and as a result have much broader tolerance to a wide range of pathogens,” he explains.

The product works at low application rates, and by priming plant defences rather than activating them doesn’t cause any yield drag or interference with growth. The likelihood of resistance development was low, he adds.

“It’s a product that works for farmers. It’s affordable, easy to apply as either a seed dressing or foliar spray, can be applied with other products and long-lasting – one treatment lasts for six weeks,” he claims.

He believes it fills the gap between the potential of biopesticides and the needs of farmers.

“We think Phytalix is just the beginning – a single handful of soil is estimated to contain 50,000 species, and the chemical diversity that represents is astounding and an untapped resource.”