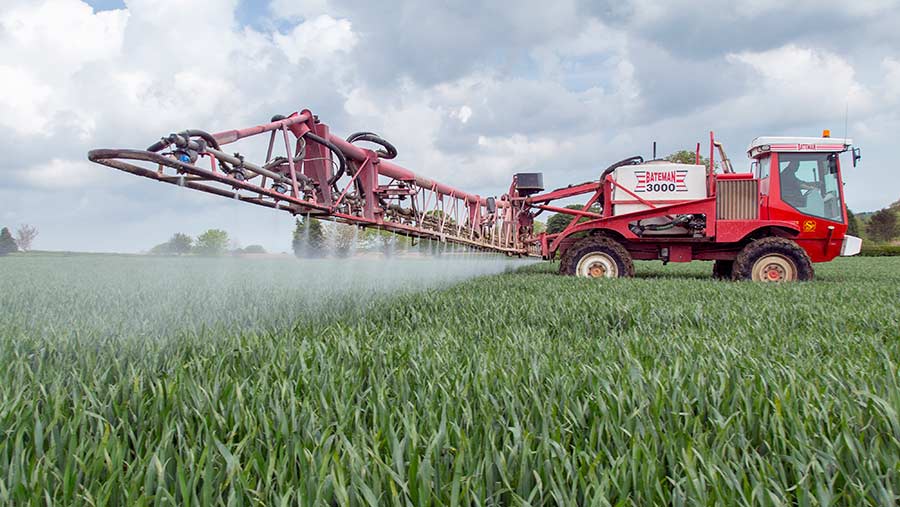 A foliar fertiliser product can help cut overall nitrogen use on winter wheat and so help reduce ammonia emissions in line with the NFU’s vision for net zero farming by 2040.

When applied with soil-applied nitrogen, the foliar feed resulted in high yields and less nitrogen used overall in two independent trials that chime with the NFU’s vision of “working smarter to use fewer inputs”.

The foliar product PolyNPlus was tested by Britain’s biggest farming group Velcourt and crop consultants Niab, and showed that foliar applications can replace a third tranche of soil-applied nitrogen.

This compared with a plot given three solid nitrogen applications, which yielded 11.76t/ha with a total of 200kg/ha of nitrogen used. A final 80kg/ha solid dose replaced the three foliar applications of 26kg/ha.

In the Niab trial, Zyatt wheat yielded 11.47t/ha with 200kg/ha of nitrogen applied with the foliar feed added at flag leaf emergence. This compared with a yield of 11.26t/ha without the foliar feed, with grain protein also increasing across a range of nitrogen levels.

The foliar product is marketed by BFS Fertiliser Services, and MD Rosalind Platt says the product anticipates the NFU’s drive to reduce the farming industry’s greenhouse gas emissions to “net zero” by 2040.

“The data from independent tests on PolyNPlus demonstrates clearly that less nitrogen is needed than in standard farm practice, at the same time as yields and protein content are improved,” she adds.

Applications of the foliar product can often be made at the same time as crop protection products such as fungicides and plant-growth regulators.