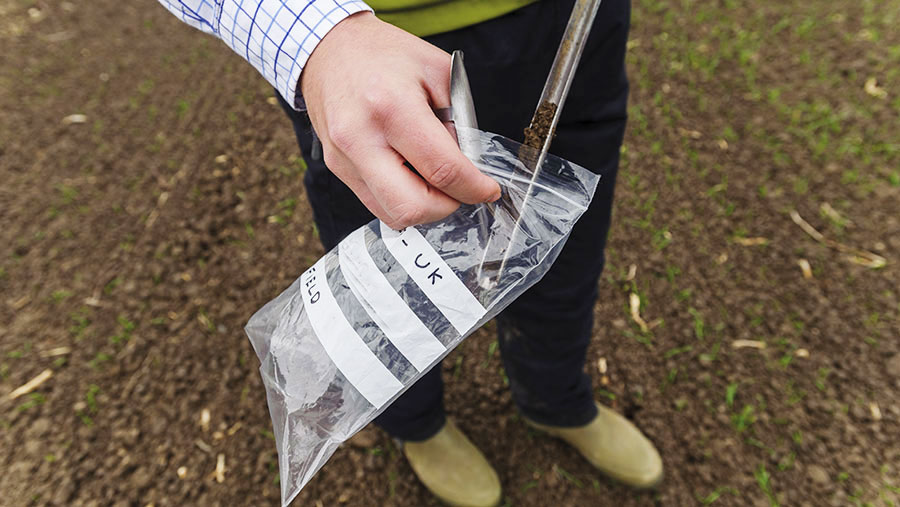 A soil nitrogen (N) test that has been available for the past 20 years is in line to have its most successful season ever, not just because of sky-high fertiliser prices, but also the increased focus on improving soil organic matter levels.

The CF N-Min test, developed for CF Fertilisers by Hill Court Farm Research, has a key difference when compared with other soil nitrogen analyses.

It measures the nitrogen in soils that becomes available through mineralisation of organic matter during the growing season, as well as the soil mineral nitrogen that is directly available for crop uptake at the time of sampling.

Additionally available nitrogen is measured by incubating soil subsampled from 15-20 soil cores taken to a depth of 60cm for seven days at 40C.

Water is added to make the soil anaerobic, which creates the optimal conditions for the microbes in the soil to mineralise nitrogen.

Hill Court’s researcher Mechteld Blake-Kalff says, “this can be a huge amount ranging from 100-1,000kg N/ha.

Over the past 20 years by doing balance experiments we have worked out what proportion of that becomes available in UK conditions,

Balance experiments compare soil mineral nitrogen supply in the spring with nitrogen in the crop at harvest, both with and without added fertiliser.

Any additional nitrogen in the crop is likely to come from mineralisation.

Hundreds of soil N balance experiments are used to model the likely additionally available N depending on factors such as soil type, rainfall and region.

“By forgetting about this additionally available nitrogen farmers could automatically over-apply fertiliser and reduce their nitrogen-use efficiency,” she says.

Firstly, RB209 suggests it is difficult to obtain a reliable estimate of the nitrogen that will become available through mineralisation.

Secondly, because most mineral soils have 4% or less organic matter, which RB209 suggests will mean the amount mineralised will be relatively low and no further adjustment is required.

“RB209 is slightly out of date,” Dr Blake-Kalff claims. “It says it is difficult to get a reliable estimate, but that’s what we have been working on for the past 20 years.

“We know we get the estimate in the right ballpark – within 30kg N/ha – and that’s all you need as the plant is not a passive vessel and will increase or decrease nitrogen transport if it needs to.”

“The amount of additionally available nitrogen is dependent not just on the quantity of organic matter, but the quality of it – how easily it gets digested by the microbes in the soil.

Typically soils with organic matter with a carbon-to-nitrogen ratio of around 10-15:1 will likely create more additionally available nitrogen.

The focus on improving soil health through growing cover crops or short-term grass leys, reintroducing livestock into arable rotations and organic manures will all help increase soil organic matter levels and increase the benefit from testing for additionally available N.

“The test is more expensive than a regular soil mineral N test at around £125/sample plus VAT, so it is worth targeting at representative fields, for example with same soil type or management practices, where you expect additionally available nitrogen to be high or you expect to cut nitrogen in.”

Tramline trials were organised by CF Fertilisers comparing standard farm practices on more than 30 farms with the nitrogen applications recommended by a N-Min test.

They showed an average reduction of 25 kgN/ha across all fields, and 40 kgN/ha in fields where the test recommended a reduction, with no resulting differences in yield on average across the trials.

“At current fertiliser prices this would represent a saving of up to £70/ha, and a five-times return on the cost of the test,” Dr Blake-Kalff notes.

On fields where applied nitrogen fertiliser was reduced, nitrogen fertiliser-use efficiency, as calculated by Hill Court as crop N offtake at harvest minus soil nitrogen supply divided by applied fertiliser, was improved by around 5% on average, but by as much as 22% in some cases.

Nitrogen uptake efficiency, as calculated by dividing crop N uptake by soil nitrogen supply plus applied fertiliser, also increased in 80% of the trials, by around 5% on average.

“This is important, as the plant tightly regulates nitrogen uptake. Plants become less efficient in N uptake if there is an excessive amount of N present in the rootzone. It’s a fine balance between adding enough nitrogen so the plant works hard to take it up efficiently, but not too little that it’s not enough.

“You want to be just on the right side of the plant being slightly hungry. If you don’t account for the additionally available N you may have already started to oversupply by 40-50 kgN/ha which could make the plants lazy and inefficient,” Dr Blake-Kalff says. 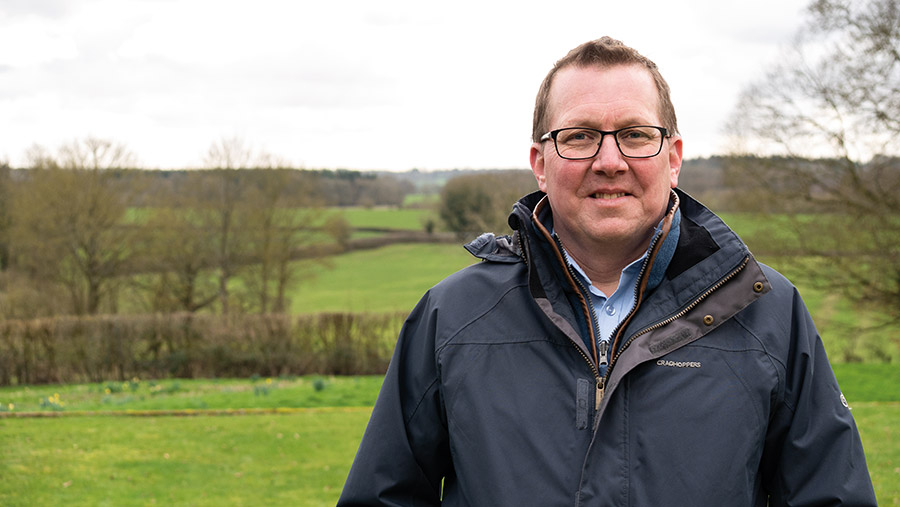 Hampshire farmer Andy Bason, from Newhouse Farm near Winchester, was one of the farmers involved in the tramline trials, comparing his farm standard approach of 250 kgN/ha with lower applied N after N-Min test results on both Wolverine feed wheat and KWS Zyatt milling wheat.

“The Wolverine comparison was 190 kgN/ha, while on the Zyatt we compared both 190 kgN/ha and 230 kgN/ha with the farm standard.”

The reductions were chosen on the back of the N-Min test results taken by CF Fertilisers, which showed 53 kgN/ha of additionally available N.

The field averaged 10.5 t/ha, with the extra N applied as the farm standard not making a significant contribution to yield.

“Looking at the yield maps, there wasn’t much to choose between the treatments, and while there appeared to be a little difference in proteins, it wasn’t consistent,” he says.

The lack of a yield penalty has given him more confidence that it is possible to tweak nitrogen rates in the coming season, although fortunately he bought enough stock back in June to cover all, apart from a recently taken-on 40ha contract farming arrangement, before price rises rocketed.

“We’ll be looking closely at how we can tweak our farm standard to be more efficient and shave a bit off what we apply.

“One possibly good thing to come out of this whole high gas/fertiliser debacle is that it will force us as farmers to seriously think about how we use our nitrogen.

“That’s probably a good thing longer term, even if financially it is hard.”

In addition to using N-Min tests, he is also trialling the impact of using a sulphur blend on nitrogen-use efficiency.

“We’re just looking at ways we can fine-tune our nitrogen applications in any way we can,” he concludes.