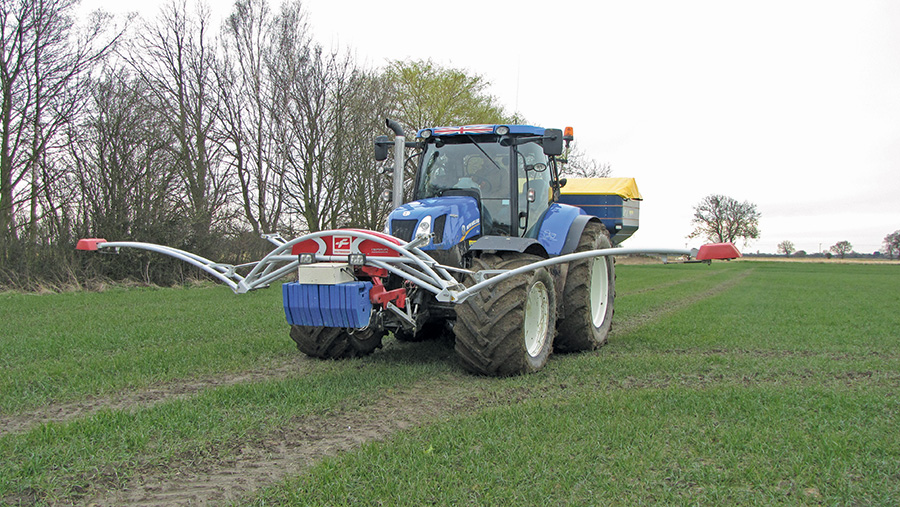 Precision farming technology is allowing Yorkshire grower Neil Welburn and his son Chris to take the guesswork out on nitrogen applications and push up their crop yields.

A tractor-mounted Isaria crop sensor combines real-time measurements with field-history data and continually alters nitrogen rates according to plant needs as it travels through the crops.

The system has helped Mr Welburn boost yields and produce more even and easier to manage crops over the past two years, despite the tremendous variability in soils on his own 240ha Crosshill Farm, near Goole, and nearby contracted land.

Unlike other systems on the market, the Isaria works by measuring the crop’s nitrogen uptake and the amount of ground cover before calculating requirements, rather than averaging the nitrogen rate for the whole field.

On the heavier land, they grow winter wheat, barley and oilseed rape, and occasionally include a crop of winter beans.

“We also introduce grass leys, where needed, as they have been very helpful in bringing our blackgrass populations down,” he says. 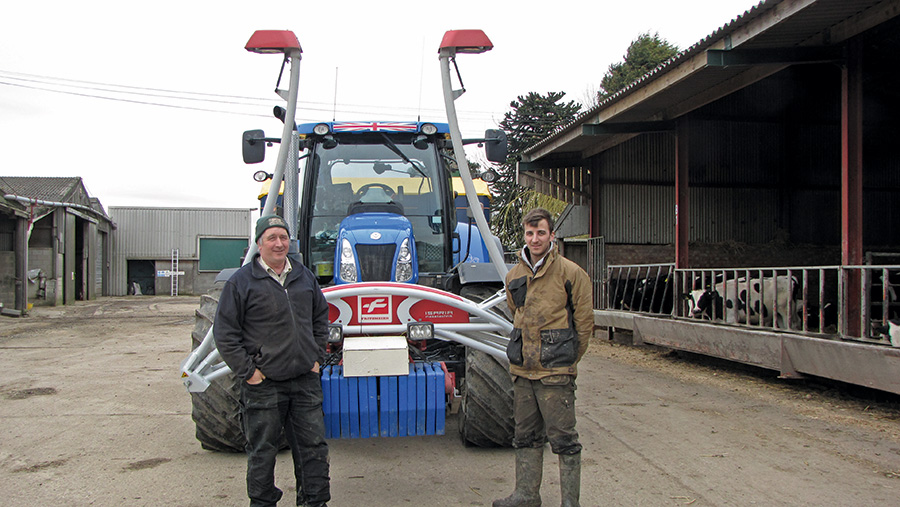 A 600-head bull beef unit on the farm means soils receive regular applications of farmyard manure, and this is taken into account when formulating fertiliser plans.

“Otherwise we’re using solid fertiliser, except for the final foliar nitrogen application at the milky ripe stage. Manure goes on both before and after the oilseed rape crop,” Mr Welburn adds.

He tries to push crops and maximise their potential, but has to be mindful of the limitations of his lighter soils, especially in a dry year, and the fact that the farm is in a nitrogen vulnerable zone (NVZ). 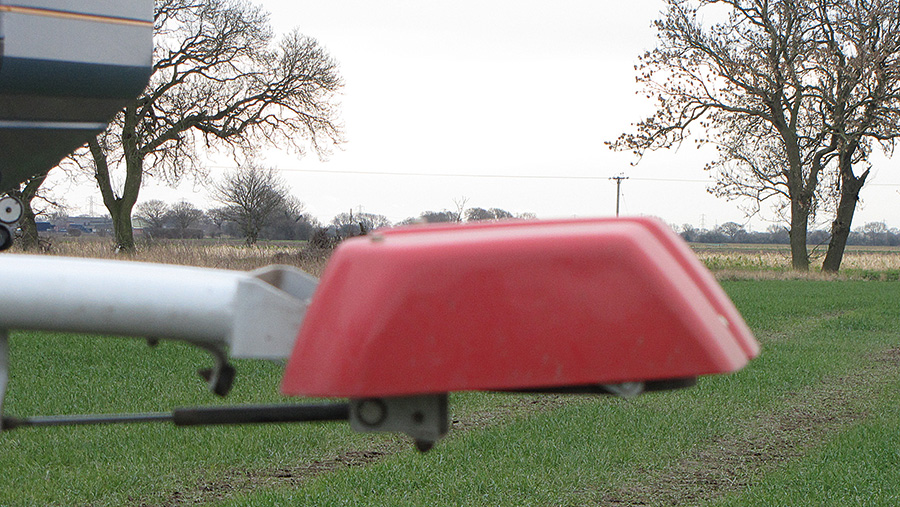 Mr Welburn’s original interest in precision farming was sparked by its potential to cope with variations in yield, produce better crops and apply inputs accurately.

He had been altering both seed and nitrogen rates on the move for some time, using his eyes and knowledge of previous crop performance, but he could see it had more to offer.

“Initially, there wasn’t any saving in inputs, but there was a lift in crop performance.

“That’s because we were targeting the fertiliser to where it was needed most, rather than making a blanket application,” he says.

A visit to the Agritechnica show in 2013 with his Agrovista agronomist Simon Vaux introduced him to the Isaria, which was developed in Germany.

The opportunity to try the technology was too good to miss, so working with Agrovista, Mr Welburn started testing one in 2013.

His son Chris now uses it across all of the wheat, barley and oilseed rape, opting for the two-point mode which involves scanning both good and poor growth areas of the crop, for calibration purposes and to set the parameters.

He also has to input the type of fertiliser product being applied, including its nitrogen percentage content.

“The Absolute mode, which we have tried, is not ideal for wheat. We get on much better with the two point mode,” he says.

As proof of this, he highlights last year’s first wheat crop of Crusoe, which achieved a yield of 13.4t/ha, along with a Hagberg of 370, specific weight of 80kg/hl and a protein content of 13.7%.

He also mentions two neighbouring fields of oilseed rape, one of which received twice the amount of nitrogen as the other, but only had a 0.1t/ha difference in yield at harvest.

“One of the fields had received muck. The Isaria does all the hard work for us in these situations,” he says.

Mr Welburn adds that he can use the system at night and in the rain, if need be.

“It isn’t constrained by the conditions, which some of the other systems on the market are. That is a considerable advantage at busy times of year,” he says. 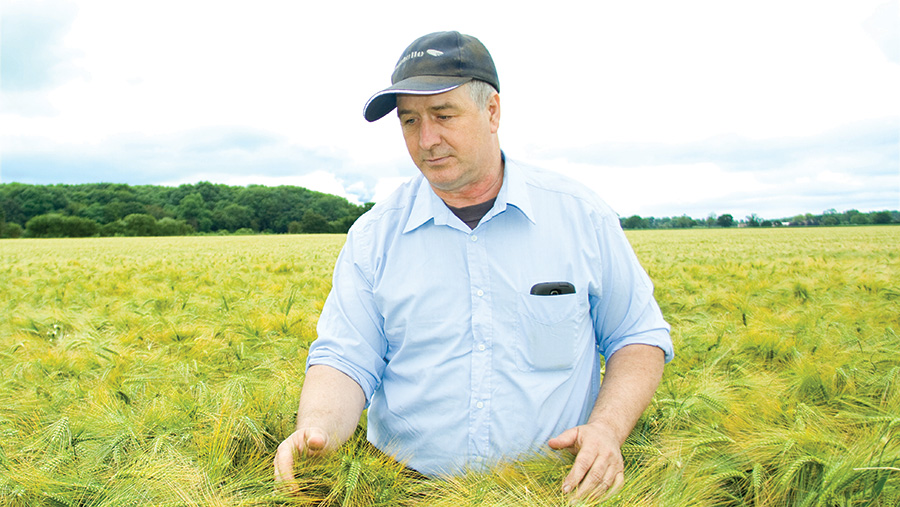 Mr Welburn’s final point is that he wouldn’t want to be without the Isaria technology now.

“It’s become part of our system. Once you know how to use it, there are huge advantages,” he says.

Agrovista’s Mr Vaux points out that the accuracy of the system is its main benefit, allowing it to maximise output while also being able to recognise areas of the farm that have lower yield potential.

“That’s important because when a wheat crop is growing well, it will use 3kg/day of nitrogen.

“Putting the right amount of fertiliser on is essential,” he says.

“It would be wrong to expect it to make you big savings in your fertiliser bill.

“Its role is to improve the targeting, so that there’s better performance from the crops but no waste of fertiliser,” Mr Vaux adds.