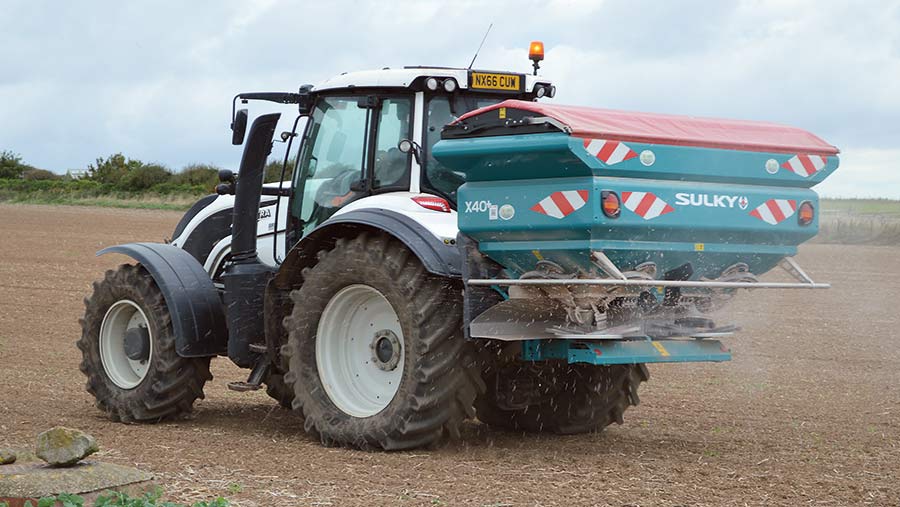 A slow-release sulphur fertiliser will be available this autumn which may help growers to save money by cutting back on applications, with Britain’s number one blender being one of the first to sell the product.

Sulphur, like nitrogen, is very mobile in the soil and so this new sulphur product with added potash could cut leaching losses and avoid the acidifying effects of other sulphur products.

Once Britain’s only potash producer, the Boulby Mine has switched to extracting a sulphur-rich mineral called polyhalite, blending it with imported potash from Spain to bring these claimed environmental benefits.

Polyhalite, which contains sulphur with some potash, calcium and magnesium, is mixed with more potash to give a product which is being marketed as Potashplus.

Howard Clark, sales and marketing director at Israel Chemicals Ltd UK (ICL), which operates the mine in North Yorkshire, says it can be used on most crops and could be useful for applying sulphur to those which don’t need nitrogen, such as peas and beans.

“The sulphur release is slower than other products on the market, and is more in line with a crop’s needs,” he says.

On sale this autumn

The product will be sold this autumn by the nation’s biggest blender, Origin Fertilisers, which already sells the component polyhalite as a straight fertiliser under ICL’s brand name Polysulphate, or as a blend. The product is also sold by other distributors.

The Potashplus product is claimed to give a slower release of sulphur than competitive products, with 90% of sulphur being available in 13 days compared with ammonium sulphate where 90% availability is reached in three days.

Scott Garnett, the group’s agronomist, says crops need more sulphur now because of the decline in industrial pollution over the past 30 years – airborne pollution was previously a major source of the mineral for crops.

“With the longer release it’s like teaspooning sulphur into crops,” he says.

Mr Garnett highlights that leguminous crops such as peas and beans need sulphur to help them fix nitrogen from the atmosphere, and the product could be a useful way of applying sulphur without nitrogen, as in ammonium sulphate.

Another use could be as an autumn cereal fertiliser, with one neighbouring farmer close to the mine on the North Sea coast, 10 miles south-east of Redcar and north of Whitby, applying the product just after drilling winter wheat in mid-September.

The wheat crop following oilseed rape was receiving about 20kg/ha of sulphur from the application, which should help the crop take up what nitrogen there was in the soil and avoid it being leached over the winter. The product can be spread accurately to a width of 36m. 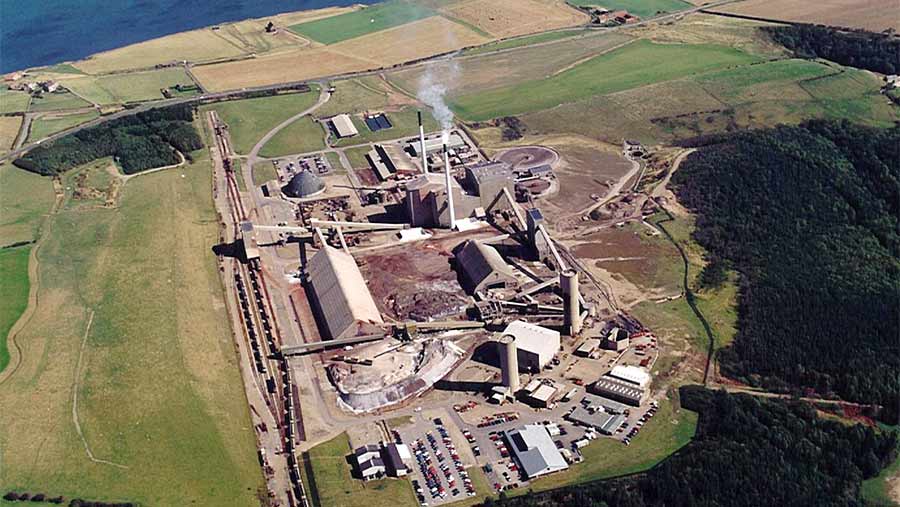 The Boulby mine gave up extracting potash at the end of June this year due to the high costs of following the potash seam under the North Sea. The seam continues through the Netherlands and across northern Germany.

Polyhalite is found below the potash seam, in a mine stretching three miles under the sea at a depth of 1,200m, but it is now easier and more cost effective to extract than further potash.

The switch away from potash was painful for the mine, as the workforce was halved to the current 500 over the past four years, particularly critical in an area still reeling from the closure of the nearby Redcar steelworks.

Boulby became the first and only polyhalite mine in the world when extraction started in 2010, but it could soon have competition from another mining company, Sirius Minerals, which is building a £3.5bn polyhalite mine nearby, to start producing from 2021.

This UK-based group is sinking one of the deepest shafts seen in decades at the Woodsmith Mine, south of Whitby, and building 23 miles of tunnel under the North York Moors national park.

Although there was recent talk of a £150m Sirius takeover of the Boulby mine, Sirius has since warned that its own mining project may cost more than first thought.