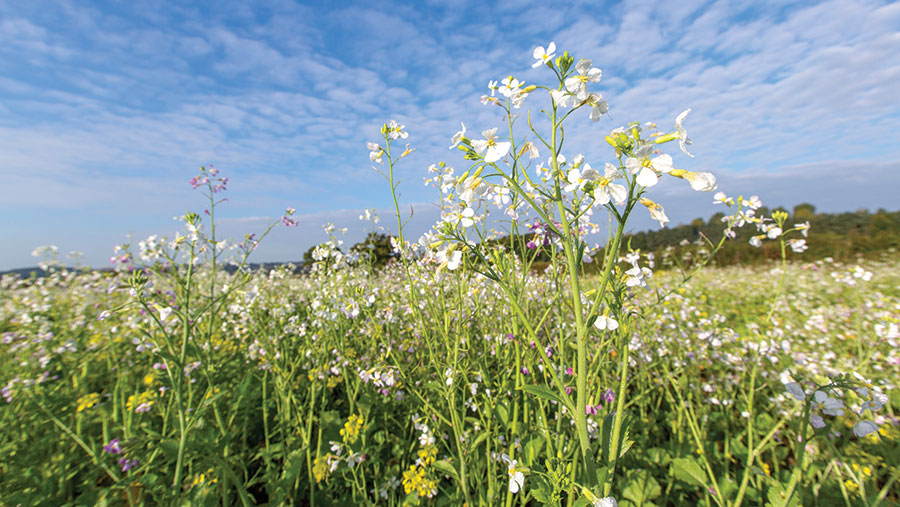 Identifying the number and nature of the insects within an arable field is critical to make natural predators part of an integrated pest management plan.

Promoting beneficial insects is one part of an effective integrated approach to pest control, which can enable farmers to cut back on their insecticide spend or help manage pests such as virus-carrying aphids as key pesticide products are withdrawn.

However, a successful integrated approach relies on farmers being able to identify what beneficial insects they have on the farm to confirm if the habitats they are providing are sufficiently supporting all species groups.

Equally, as pests typically have sporadic life cycles, growers need to understand these cycles to ensure they are providing the right alternative food sources for their predators at other times of the year.

“Entomology is a hard world to get into, as a lot of insects are absolutely tiny and phenomenally difficult to identify if you are not an expert in that area,” she says.

Rather than trying to identify and encourage a specific species, growers should focus on gaining a basic understanding of the different species groups and what role they provide to the ecosystem.

See also: How to tackle weeds after a tough start to the season

Carabid beetles and parasitic wasps are primarily predators, for example, while springtails break down organic matter in the soil. All groups are needed for a healthy, functioning ecosystem.

One of the best ways growers can increase their understanding of what they have on their farm is by ensuring they are regularly walking their fields with their agronomist.

Spiders, a predator species group, can easily be seen at the bottom or the top of crops by simply opening the canopy and having a look.

Growers should also not be afraid to catch insects to gain a good understanding of how numbers range from field to field.

One simple method for catching insects is to set up a pitfall trap, but this will not capture every type of insect, says Ms Spence.

How to set up a pitfall trap 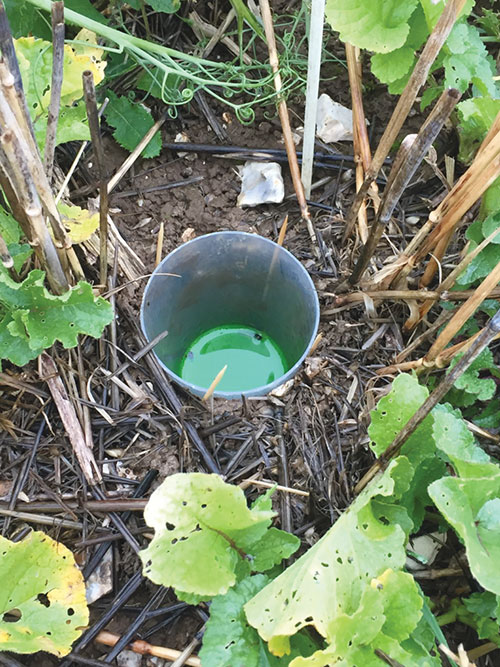 Dig a hole about the same height as a 500ml plastic cup.

Insert the cup into the hole and backfill the soil around it until the rim of the cup is absolutely level with the ground.

Then add three drops of detergent (20ml washing-up liquid to 80ml water) and 60ml of equal parts antifreeze and water to the cup, making sure not to spill any on the surrounding soil.

Probe four cocktail sticks into the soil at a 45deg angle to the cup rim, leaving about 1.5cm protruding from the soil towards the centre of the trap.

Suspend a petri-dish lid on the sticks over the top of the cup to prevent rain ingress, while allowing invertebrates to crawl into the trap.

A stone on top of the lid will help prevent it being blown off by the wind.

Another method is a sticky trap, which is a good option to gain a handle on pest numbers.

The Game and Wildlife Conservation Trust (GWCT) conducted a study during the 2018-19 season to access the effectiveness of sticky traps for monitoring aphids carrying the barley yellow dwarf virus vector.

“We don’t know how many affected aphids are needed to have a yield affect, but the study has shown that pest numbers vary greatly across fields and, therefore, growers need to walk more than the gateway,” says John Holland, GWCT head of farmland ecology.

The results showed aphids are primarily spread by the wind, with three-and-a-half times as many collected on traps along headlands than in the centre of the field.

This means growers need a complete picture of the aphid situation in the whole field before making decisions about spraying, or risk damaging beneficial insect numbers unnecessarily.

Like other insects, aphid identification is tricky. As part of the project, the GWTC asked a group of farmers to try to identify all the different aphid species.

While they could identify some, the identity of other remained elusive, so the trust is planning on releasing video guides later this year on how to identify aphids, but also flea and pollen beetles.

Hampshire grower David Miller has been using pitfall traps to measure the effectiveness of his cover crop mixes in supporting beneficial insects.

Cover crops feature heavily in the rotation at Wheatsheaf Farming before spring crops, with only half of Mr Miller’s area drilled in the autumn. 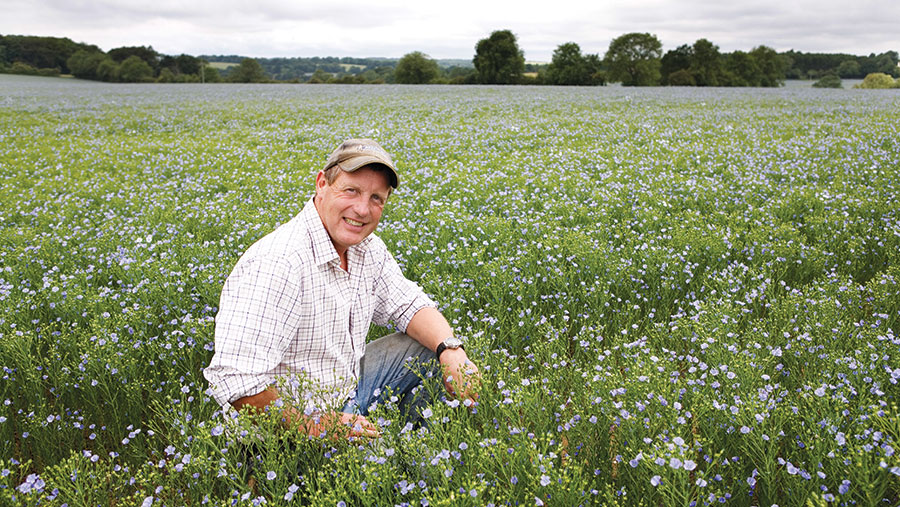 He moved to conservation agriculture practices in 2015, and as the farm is now all being drilled using a Cross Slot no-till drill, he is keen to support as large and diverse an insect population as possible over the winter to help with pest management.

This winter, he trialled three different cover crops mixes after winter wheat, and set up pitfall traps to monitor how many insects were using each mix for habitat, compared with bare stubble.

While the results appear to show the bare stubble provided the best habitat, the results could reflect the fact the trial plots were closer than 50m together – the maximum distance insects will travel.

Therefore, there is likely to have been cross-contamination between the plots.

As the field has been in no-till for several years, insect numbers are also likely to be higher across the board in comparison with a ploughed field where cover crops have not been used in the rotation.

What was in the pitfall traps?

The GWTC is planning a project to look at monitoring the number of long-tongue bees, which are needed to pollinate bean crops.

The Beespoke project hopes to improve the uptake of flower-rich margins by looking at how much land is needed to meet the pollen and nectar requirements of the bees.

It plans to measure the levels of pollination and the number of visits made by the bees to develop more targeted seed mixes, and also calculate the economic benefits of encouraging the insects.

The GWTC is looking for either winter or spring bean growers along the North Sea coast, although ideally in either Suffolk or Norfolk. Growers do not need to already have flower margins in place.