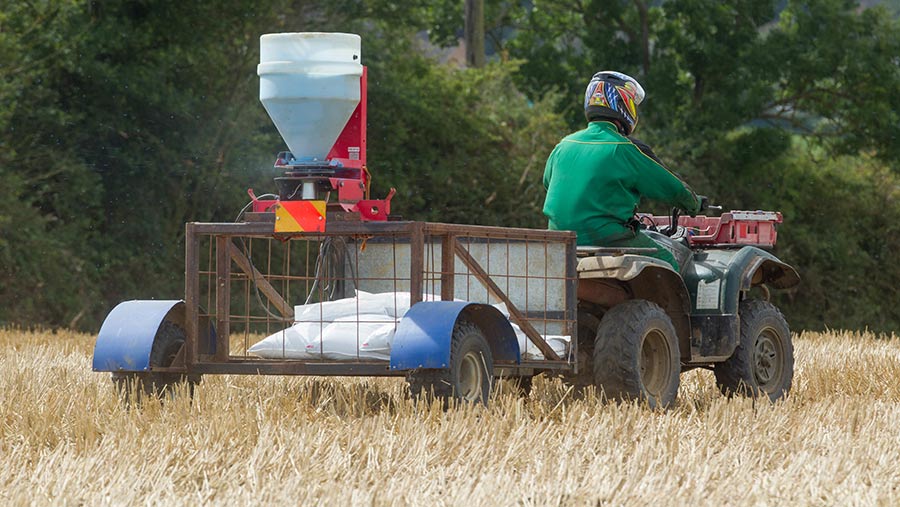 A ban on the outdoor use of metaldehyde slug pellets is to be introduced across Great Britain from spring 2022.

Defra farm minister Victoria Prentis said the decision to ban the use of the pesticide on farms and in gardens, except in permanent greenhouses, was being taken “in order to better protect wildlife and the environment”.

It follows advice from the UK Expert Committee on Pesticides and the Health and Safety Executive about the risks that metaldehyde poses to birds and mammals, especially birds, toads and hedgehogs.

Ms Prentis said: “The scientific evidence is clear – the risks metaldehyde pose to the environment and to wildlife are too great.

“The government is committed to building back greener and the restrictions on the use of metaldehyde are another step towards building a cleaner and greener country for the next generation.”

The use of metaldehyde will be phased out over 18 months to give growers time to adjust to other methods of slug control.

Slugs are a significant pest for agricultural and horticultural crops such as oilseed rape, cereals and potatoes, which, if left unchecked, can cause significant damage.

The announcement follows a warning earlier in the week by pesticide monitoring group Voluntary Initiative, which said it was concerned that more wet weather may cause excessive water runoff, and urged growers to consider best-practice use of metaldehyde.

Former Defra secretary Michael Gove had previously announced a ban on the use of metaldehyde slug pellets in 2018. But the decision was challenged in the High Court by slug pellet manufacturer Chiltern Farm Chemicals, and overturned after the government conceded the decision-making process had been flawed.

The government says it is committed to leaving the environment in a better state under its 25-year Environment Plan and the forthcoming Environment Bill  “to ensure we have a cleaner, greener and more resilient country for the next generation”.

The NFU said although Defra’s announcement and re-making of its previously quashed ban was not unexpected, it would put further pressure on the few remaining products available to control slugs and increase costs for British farmers and growers.

NFU vice-president Tom Bradshaw said: “After metaldehyde use ends in the UK, it will continue to be available in many EU countries gifting a competitive advantage to farmers abroad who will export into our markets while using crop protection materials banned in the UK.

“The NFU will continue to encourage British farmers and growers to develop Integrated Pest Management approaches to slug control that minimise and control slug infestations without having to use metaldehyde.

“In the meantime, any metaldehyde products should be used in accordance with their labels and ‘Get Pelletwise’ best practice guidelines.”