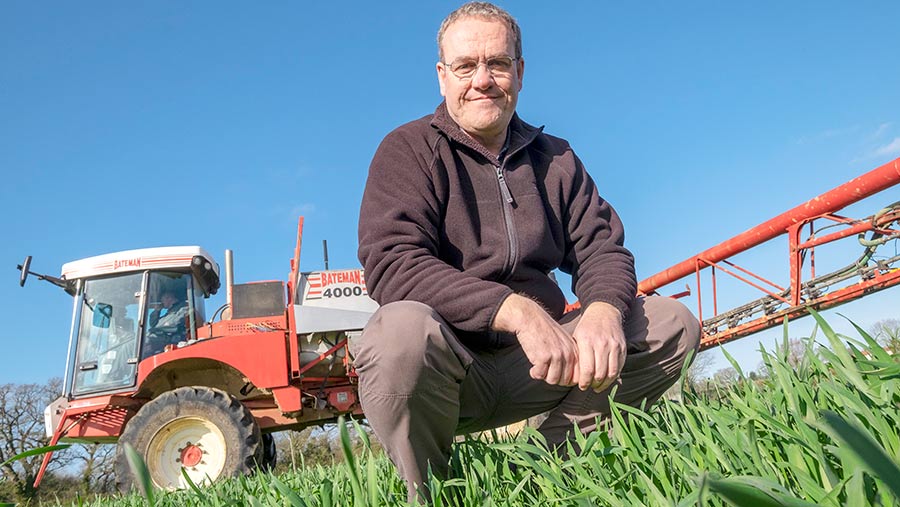 Since taking up the reins at Great Melton Farms near Norwich seven years ago, Mr Hunt has been successful in the YEN cereal yield competition with hybrid rye on three separate occasions.

He even managed to defy science in 2018 and get a crop to achieve 103% of its yield potential, beating some of the UK’s top wheat growers.

Despite the summer drought, his 10.9t/ha winning crop broke the system devised by Adas to close the gap between current and potential cereal yields, by producing more than the model calculates is theoretically possible.

For that to occur, it is estimated that the roots would have been extracting water from a depth of 4m, rather than the 1.5m used in the YEN predictions.

“The neighbouring field did even better for yield,” recalls Mr Hunt. “We have fine-tuned our crop management over the years and are getting very consistent results from rye, with a five-year average yield of 9.4t/ha.”

Approach:
He has developed a high-performance hybrid rye growing system, which has resulted in wheat-type yields from rye on poor land

To keep learning and improving, Mr Hunt intends to dig a pit this year and see if he can establish just how far the roots go down.

“As we’re growing much of the crop on sand over gravel and doing everything we can to encourage rye’s natural rooting ability, it will be interesting to see what’s happening underground. That’s where between one-third and one half of the plant is.”

Last year wasn’t a one-off. In 2017, he was recognised by Adas with a YEN innovation award for helping to develop a high-performance hybrid rye growing system for light land, while in 2015 he scooped gold for best percentage of potential cereal yield.

He is also the only recipient of Ryvita’s Outstanding Contribution to Rye award.

With such a good track record, it’s interesting to note that his entries are always from a commercial crop being grown on the farm – there is no special treatment or change in the agronomy programme as the season progresses in order to secure victory.

“With rye, it’s all about rooting,” he says. “It’s a tall and very competitive crop, so if you’re right on it early in the season with nitrogen and your plant growth regulator use and timing is correct, it will respond.” 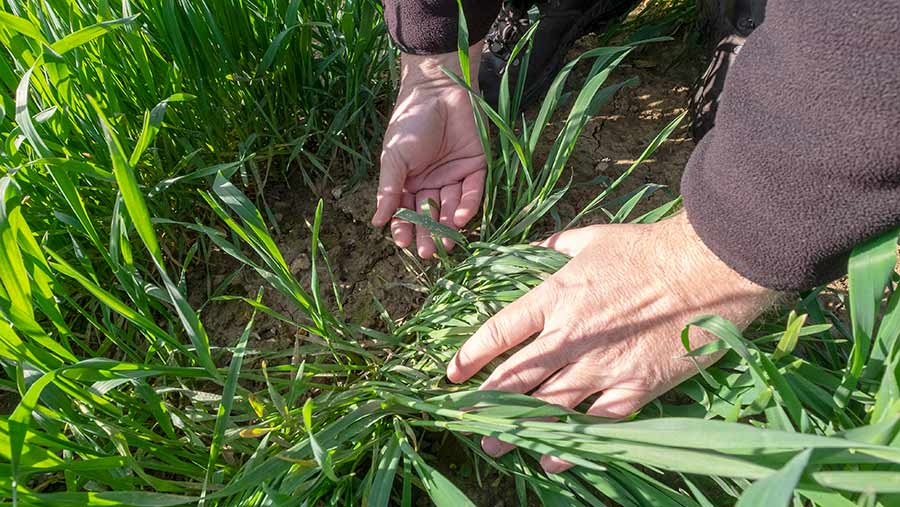 Mr Hunt has always worked closely with Ryvita, hosting trials for the company and for AHDB on the farm, as well as helping to develop guidelines for getting the best from the crop. As a result, he is seeing wheat-type yields from rye on poor land, making it one of the farm’s top gross margin performers.

“Rye is right up there with first wheats and Hear oilseed rape in terms of its financial contribution,” he reveals. “It’s an aggressive crop that is naturally good at rooting and scavenging, so it’s suited to this farm and our soils.”

There is also a considerable area of land in various environmental schemes, some woodland and grassland, as well as a Christmas tree enterprise.

On the lightest land, rye is often grown for four or five years in a row, along with potatoes and sugar beet. If a white straw crop is followed by another, the land is ploughed. Otherwise he operates a min-till system.

“Ploughing, even though it’s an extra cost, is necessary to prevent ergot levels increasing,” he says.

“We’ve done five years of trials on this and ergot levels can increase dramatically with min-till. When that happens, it can cost up to £18-£20/t to clean it out.”

Rye drilling starts at the end of September and goes into early October, at a seed rate of 280-300 seeds/sq m and to a depth of 20mm.

Two main varieties are grown – in line with Ryvita’s requirements – but Mr Hunt also has trial plots of new up-and-coming varieties in the ground and helps with their screening. 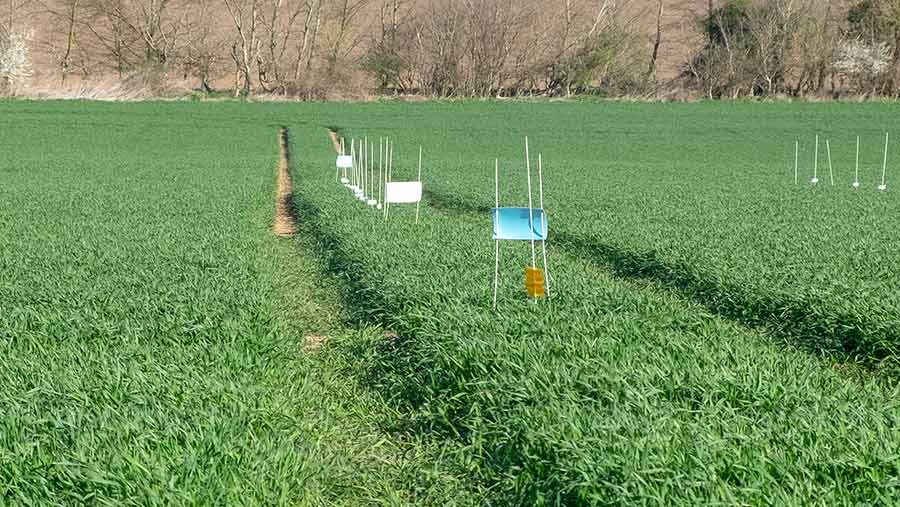 The end user has an instant test that helps to determine whether varieties are going to work in its factory, with protein levels being important for crispbread suitability.

Mr Hunt’s experience of not having issues with barley yellow dwarf virus in rye supports anecdotal reports of crop tolerance, so an autumn insecticide isn’t used. Control of annual meadow grass is done with half-rate Liberator (diflufenican + flufenacet) in the autumn, with Advance 66 being applied to boost rooting.

That phosphite/zinc application is repeated in the spring, just before growth stage 30, along with the first plant growth regulator, a Moddus (trinexapac)/chlormequat mix.

“This timing is really important and is aimed at rooting again, so that we can benefit from a good root mass.

“Rye races away in the spring, so it has to take priority, and growth regulators are essential for success. If there are signs of early rust or mildew at this stage, a T0 azole will also be applied,” Mr Hunt says.

Two weeks later, at GS31, another Moddus/chlormequat application is made; this time for straw shortening and strengthening.

This is also the main fungicide timing for rye, with a prothioconazole/fluoxastrobin mix being used in most seasons.

“We’ve done some replicated trials on fungicides and there’s no reason to move to the SDHIs – there haven’t been any yield differences.” 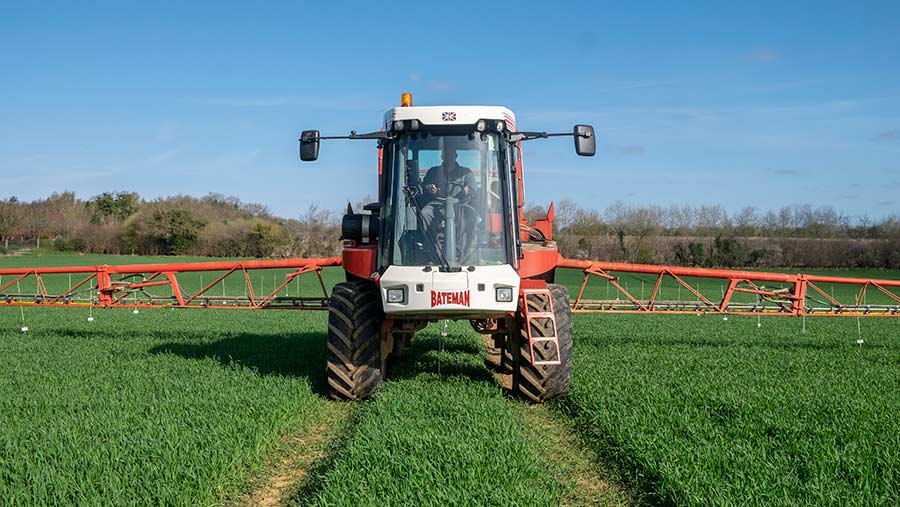 Just 14-21 days later, at the critical GS37 timing, Terpal (ethephon + mepiquat) is applied to reduce final stem extension. At the same time, a fungicide for brown rust goes on.

“We carry on monitoring for brown rust until the ear is out. We can use an azole at T3 if its required,” says Mr Hunt.

He accepts that the plant growth regulator programme for rye is costly, but believes it is necessary, while fungicide costs are lower and kept in check.

Nitrogen is applied in three splits, with the first application of 60-70kg/ha of liquid nitrogen going on as soon as the crop wakes up in early February.

Four weeks later, another 60-70kg/ha is used, followed by a flag leaf top dressing of ammonium nitrate, so that it can be mobilised by the plant.

“This last application is really important, as we are aiming to get over 9% protein for the end user. That can be difficult to achieve, so the final dose varies with yield expectation.”

At harvest, rye must take priority if it is fit, stresses Mr Hunt. “It can’t be left because the hagberg drops off quickly. Providing the combine has the capacity to cope with lots of straw, it’s fairly straightforward and we harvest up to 60ha/day.”

Pre-harvest glyphosate is not permitted on the crop, he says.

“On this farm, we find that the rye harvest takes place after oilseed rape and before wheat, so it fits with our workload.”