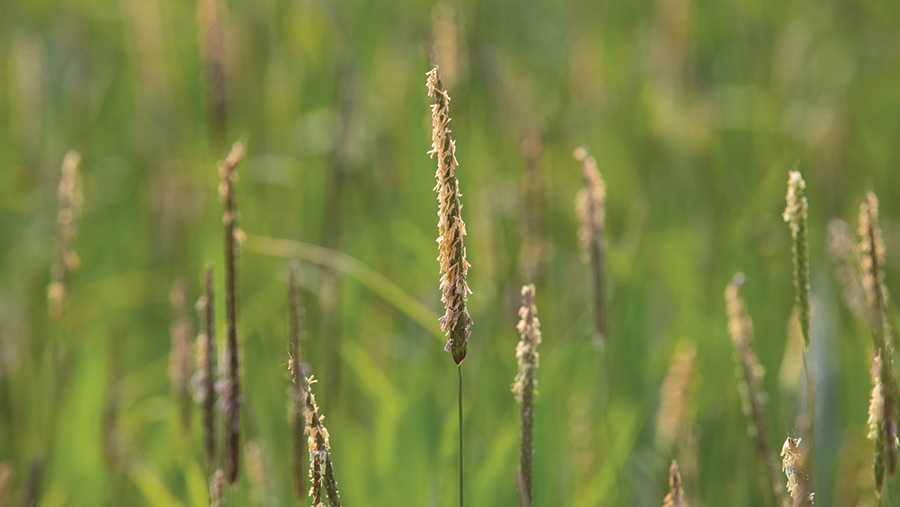 Reducing the weed seed bank is a key objective when tackling blackgrass, and early results from a project looking at seed numbers suggest four reasons why farmers aren’t seeing the promised benefits.

Herbicide-resistant blackgrass is a big challenge for many farmers, and there are a number of trial sites across the UK demonstrating successful ways on how to tackle the weed.

However, many farmers are finding that in the commercial world, results are more variable.

To get a better understanding, Niab weed specialist John Cussans is investigating the impact of different practices on the weed seed bank. This is part of a five-year Blackgrass Taskforce project funded by Bayer.

Blackgrass is a key issue for many arable farmers, and there are a number of demonstration sites promising a set recipe for controlling the weed.

But despite plots showing success when using this approach, blackgrass is still a problem and farmers are seeing disappointing results when following the advice back on their farm.

Ben Coombs, herbicide campaign manager at Bayer says the challenge is translating the results from a trial setting to a more commercial situation.

The fields are being commercially farmed with one or two large-scale strip trials to test the effects of different types of management.

Bayer’s field team are completing blackgrass plant and head counts, as well as resistance tests, to build up a detailed picture of what is happening in the field each year.

From the early results, Dr Cussans has identified four reasons why farmers may be seeing limited success:

One approach farmers may take is to keep seed in the top 5cm, as you only see germination in that layer. Then they spray off the germinated blackgrass before drilling.

Dr Cussans highlights the Hardwick trial comparing a min-till system with a John Deere 750 no-till drill and the impact on the weed seed bank.

One finding is that cultivations are often happening to a greater depth than farmers think.

In the trial, seed was buried down to 15-25cm as the cultivator was operating at twice the anticipated depth, says Dr Cussans.

Cambridgeshire grower Paul Drinkwater, who is hosting one of the demonstration sites, says it is very difficult to keep cultivations to the top 5cm of soil.

He has a modified Grégoire Besson Discordon cultivator fitted with Tillso legs, and has lifted the discs up to reduce soil disturbance. He also has a Knight Triple Press.

To help address the deeper-than-desired cultivations, Mr Drinkwater is leaving it longer (six to eight weeks) to give blackgrass more time to germinate before spraying off.

He will then go in with the Horsch Sprinter low-disturbance drill this spring to drill barley in the trial field, while keeping soil disturbance to a minimum. 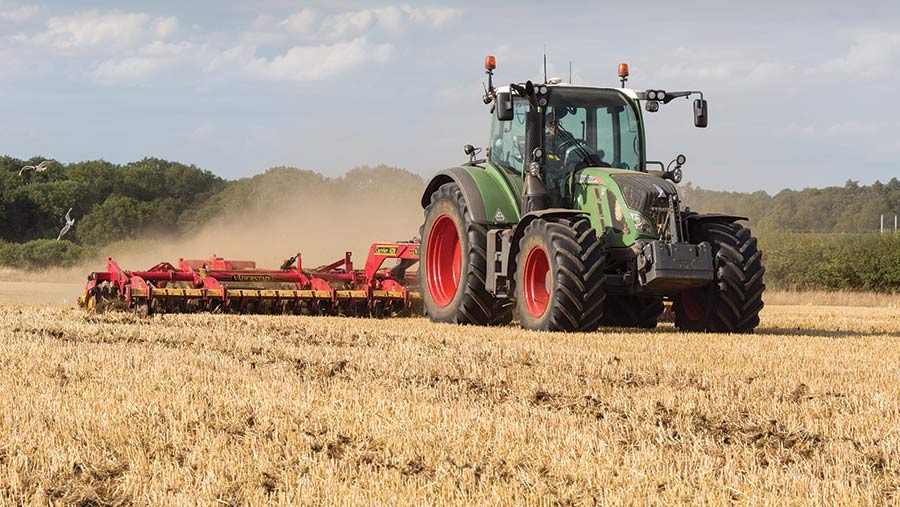 2. What you see is only tip of the iceberg

One startling finding from soil sampling is the extent of the seed bank.

“What farmers are seeing on the surface is only the tip of the iceberg,” warns Dr Cussans.

He estimated the size of the seed bank by germinating seed from 5cm cores taken at different depths in the soil profile.

About 5-10% of the seed is in the surface layer, meaning 95% is in the seed bank. “What is interesting is that the proportion is fairly constant in fields with heavy or lower populations at the surface.”

Where farmers only see a few plants/sq m, there is the potential danger of it getting much worse if the system breaks down. What you see in the crop is an underestimation of the size of the seed bank.

“So if you are not actively managing the problem and leave it, it can soon become a much bigger problem. Therefore, don’t sit back,” warns Dr Cussans.

The good news with blackgrass is that, unlike other weeds such as poppies, it can decline at a fast rate, he says.

“You see a 75-80% reduction in viable seed a year, so after two years of no seed return, you can be left with just 10% of the starting point.”

However, the starting point is important, as 10% of a quarter of a million seeds/sq m is still a lot. That’s why there are no quick fixes and a long-term approach is required.

At the Abbots Ripton site, each cubic meter of topsoil contains 650g of blackgrass seed. With a thousand seed weight of 1g, this equates to 650,000 seeds.

“This is an astonishing number,” says Dr Cussans.

3. More than just changing the drill

Another factor investigated in the trial is the effect of changing drill on the seed bank. It revealed both positives and negatives when switching to a direct drill.

Analysis confirmed that the direct drill does cause a lower proportion of weeds to germinate than min-till. However, you still end up with the same numbers of seed emerging, albeit a smaller proportion of a bigger number of seeds, as they are not being buried.

The thinking behind the direct-drill approach is that more of the seed is kept in the surface layer, which makes it more vulnerable to predation by wildlife and degradation.

However, Dr Cussans says this approach is more vulnerable to breaking down. Therefore, farmers cannot rely on just changing drill; it needs to be part of a package with delayed drilling, spring cropping etc.

4. Spraying off crops has a limited impact

One trial carried out at Abbots Ripton last summer was the impact of glyphosating off areas of a wheat crop with a heavy blackgrass burden.

The crop of Skyfall was taken to harvest, while a trial area was sprayed off in May and the seed bank analysis carried out.

Figures showed that the seed number in the top 5cm was halved, resulting in a noticeable benefit seen the following autumn with a lower chit in the stale seed-bed.

However, Dr Cussans adds that there is still a big problem as the seed bank is so vast at the site.

The crop was harvested and yielded 11t/ha. “We can’t afford to lose the crop in the 30ha field,” says Mr Drinkwater.

To help negate the increased seed return, the crop is being followed with spring barley to help manage the seed return.

Testing of seed samples taken from the trial field revealed a total 15 species in the weed bank.

However, only blackgrass and cleavers are seen in fields, which suggests the current approach (herbicide plus cultural) is successfully managing the other species.

Niab weed specialist John Cussans highlights that growers looking to make changes need to consider the impact on other weeds in the seed bank.

For example, moving to solely spring cropping may have a big reduction on blackgrass numbers, but this could lead to bromes becoming a problem.