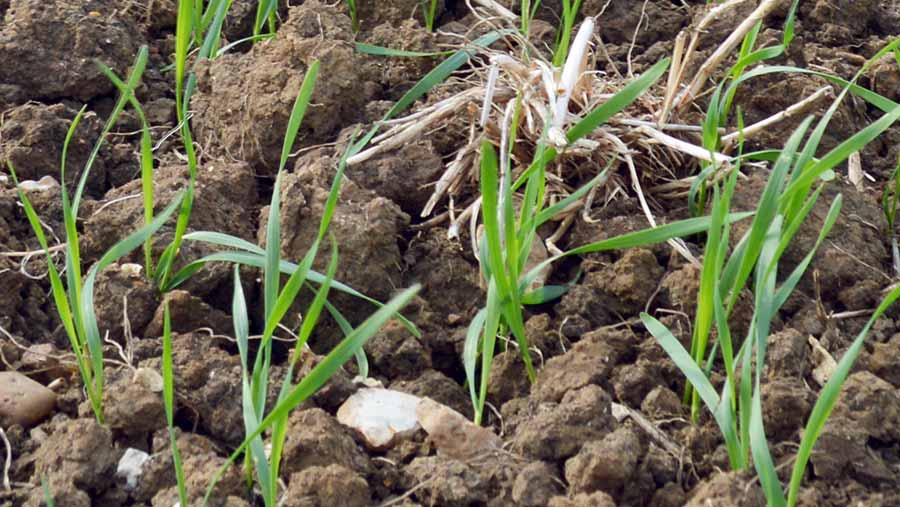 Grass and maize are helping to win the blackgrass battle on one mixed Dorset farm, and so are cutting the cost of expensive autumn cereal herbicides.

Two-year grass leys have cleaned up bad blackgrass fields on the farm’s heavier soils as the focus shifts towards cultural controls and rotations rather than always reaching for the chemicals can.

Mark Harvey, who manages the unit for farming company Velcourt, is using these two crops to feed the farm’s 390-strong Holstein milking herd, while cleaning up land infested by the arable world’s worst weed.

“The old, bad blackgrass fields are now fields where I no longer have to worry about blackgrass,” he tells Farmers Weekly.

See also: One grower’s plans for tackling blackgrass next season

Work to control blackgrass started in earnest in 2007, when Mr Harvey took over management of the farm in the intensive dairying area of the Blackmore Vale, running through north Dorset.

On such heavy land, delaying autumn cereal drilling and spring cropping were of only limited appeal, and in the water-sensitive catchment area of the River Stour options were further limited.

Spring-drilled maize worked as a break crop on lighter land, but for the heavier land – which is inherently more prone to blackgrass – the only real option was growing temporary grass.

The zero-grazing strategy for the dairy herd means that all the grass leys are cut every six weeks to feed cattle – or are cut for silage.

This means no troublesome blackgrass is allowed to head, and so because this annual grassweed is not allowed to produce seeds the weed plant population has declined.

The result is that winter wheat yields are averaging 9.6t/ha and autumn cereal herbicide costs have been cut sharply to £35-45/ha, when some farms with bad blackgrass can easily spend more than £100/ha on controlling the grassweed. 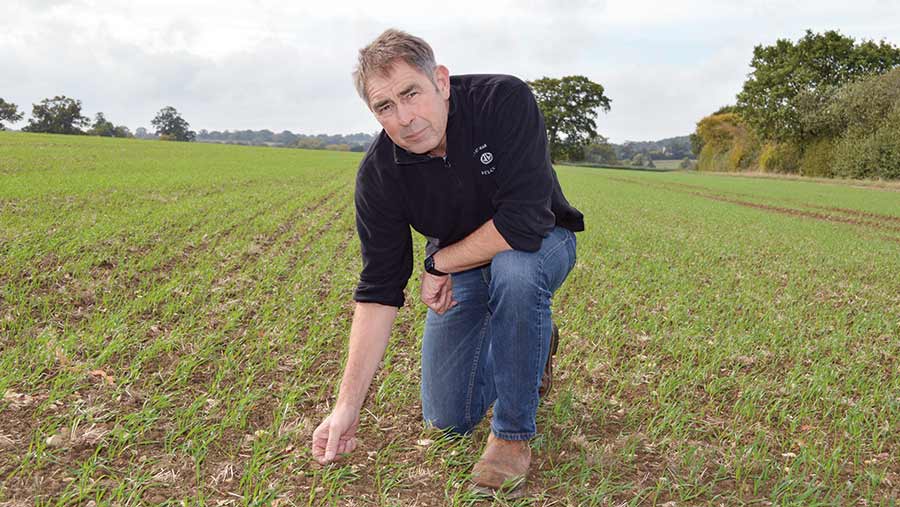 “When I walk the winter wheat at the two-to-three leaves stage in the autumn I cannot see any blackgrass, and I am very unlikely to see blackgrass after that,” Mr Harvey (pictured) adds.

The 820ha Hinton St Mary Farms, in the eponymous village just north of Sturminster Newton, grows nearly 350ha of autumn-drilled cereals and oilseed rape, with the rest of the land in grass and maize on soils ranging from heavy clays to stone brashes.

Matt Cobbald, agronomy manager with Velcourt Agronomy Services, says the group is responding to market demands as the maize area – and cow numbers – are increasing across the fertile Blackmore Vale.

That means the farm’s maize area is up to 155ha – and more is grown on contract – while milk yields have risen to 10,800 litres a cow a year in a three-times-a-day high-input, high-output milking system.

Mr Cobbald stresses that using a mechanical element to control blackgrass (mowing the grass leys every six weeks) will reduce the risk of resistant blackgrass developing from the constant use of herbicides.

“With the element of mechanical cutting we are not putting pressure on current chemistry to control blackgrass,” he adds.

Mr Harvey says a key element in the blackgrass control regime is to spray off the temporary grass early enough to give plenty of time to kill off any blackgrass ahead of drilling winter wheat.

In the last year of a grass ley, two cuts of silage are taken in May and June and then the land is left for about 10 days for the grass to green up and grow to about 75-100mm before being sprayed off with glyphosate herbicide in early July.

Once the grass is dead, a TopDown cultivator – with its combination of discs, tines, leveller and packer – is used, and then the land is thoroughly ring-rolled to consolidate the surface.

The heavy rolling is important as seed-beds can be spongy with so much dead-grass organic matter, while the early cultivation in late July can expose frit fly and leatherjackets, which can be picked off by rooks.

This minimum cultivation approach is aimed at keeping any blackgrass seeds well buried on the farm, which does not possess a plough.

Any flush of weed is sprayed off again with glyphosate before drilling. This season’s winter wheat crop following grass was sown on 16 and 17 September with a Horsch Sprinter tined drill.

The aim with all the farm’s 250ha of winter wheat is to have it in the ground before 10 October, as leaving it later is simply too risky on the farm’s heavier clay land, with an annual rainfall of 850mm.

Drilling is followed by a “standard” pre-emergence residual herbicide programme of flufenacet + diflufenican + pendimethalin at the £35-45/ha price tag, instead of more intensive pre-emergence stacks and post-emergence treatments. 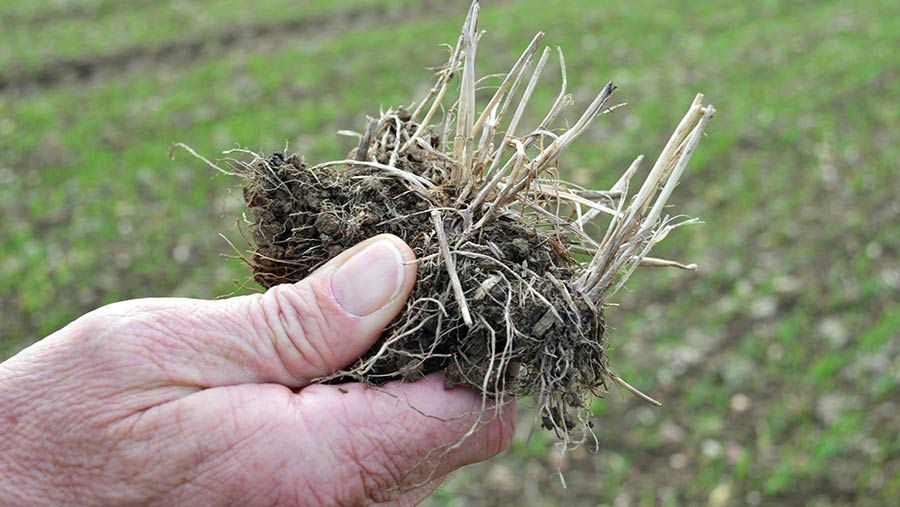 Feed wheat is generally grown on the farm. The variety Graham is a favourite for its flexibility in drilling date – for early drilling after grass or later drilling following maize – as well as its good resistance to septoria.

A spring clean-up product such as the sulfonylurea metsulfuron-methyl (Ally) is used for broadleaved weed control, but usually no expensive post-emergence blackgrass herbicides are needed.

Mr Harvey says land that has benefited from two breaks of grass leys is now virtually blackgrass free when it is returned to cereals growing; the use of grass leys also means there is no need to grow maize on heavy land, when harvesting in a wet autumn can be a problem.

“The grass and maize strategy gives us another option. It extends the rotation, and so helps us get on top of blackgrass,” he says.

As the grass is cut every six week for direct feeding to the cows, the quality of the grass fed is of higher quality than from grazing – and if grass growth gets away in the autumn, Mr Harvey can always bring in a neighbour’s sheep flock.

Mr Cobbald emphasises the use of cultural controls and rotations will reduce selection pressure on blackgrass herbicides, and will hopefully maintain the usefulness of key products for longer.

“We are building up a robust policy to save the best of the herbicide chemistry for when we really need it,” he adds.