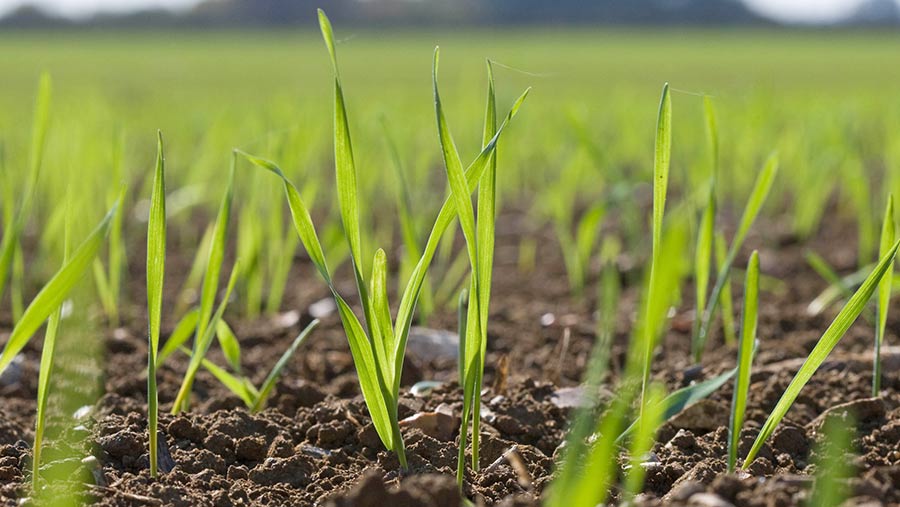 Stale seed-beds and other cultural approaches can go a long way in managing blackgrass, but a robust residual herbicide programme is vital in getting the level of control needed for high cereal yields.

That’s because survivors are very difficult to control with widespread resistance to herbicides like Atlantis.

Getting it wrong can prove costly with just 100 ears/sq m of blackgrass reducing wheat yields by 1t/ha.

So what can farmers do to ensure residuals do their job this autumn?

Agrii regional technical adviser Will Foss explains that moisture is needed for the uptake of herbicide by weeds in the soil solution. Therefore, dry conditions hinder uptake.

With temperature, warmer soils lead to more rapid breakdown of the residual active, reducing the time it remains active against germinating weeds.

He points to last autumn, where residual herbicide efficacy at Agrii’s Stow Longa trial site in Cambridgeshire was excellent.

The crop was drilled on 23 October in quite dry conditions. It remained dry the week after and then 0.5in of rain fell in the second week, which was enough to activate the residuals.

“Having rainfall within two weeks of application is the most important factor,” he says.

However, while farmers can’t predict when it will rain, soil temperature is something that they can measure and act on.

Soil temperature was constantly about 15C for the first half of the month, then it started to fall and by the end of the month, it was down to 9-10C.

He advises aiming for the “magical single figure” at drilling, as it will help residuals work for longer.

Flufenacet is a key herbicide and should be at the heart of any residual programme. However, it needs to be partnered with other actives to deliver the required control and protect it from potential resistance development.

In Agrii trials, one stand out flufenacet product is Movon which at 1 litre/ha delivers 30g/ha more diflufenican than Liberator when applied at the same 240g/ha rate of flufenacet. It also brings flurtamone, a key active for grassweeds and a range of broad-leaved weeds.

While it’s more expensive than the popular flufenacet product Liberator, across 31 conducted by Agrii between 2009 and 2018, it delivered 6% better control of blackgrass ears than Liberator.

In a modest blackgrass population of 500 ear/sq (if left untreated), this additional 6% control equates to an extra 0.3t/ha of yield, based on data from the Stow Longa blackgrass trial.

Adding Avadex in the pre-emergence programme brings another lift in blackgrass control. The final part of Mr Foss’ recommended stack is prosulfcarb at 2 litres/ha.

“In bad situations, you can go up to 3 litres/ha to give that extra hit,” he says.

This stack delivers five different actives and when coupled with late drilling (23 October), it was giving nearly 100% control of blackgrass heads in a farm trial near Brackley, Northamptonshire, in 2018.

In tougher situations, a top up may be needed at the peri-emergence timing, especially as options are limited once blackgrass is beyond the one to two-leaf stage.

He has found Pontos to be particularly useful at 0.5 litres/ha, delivering 120g/ha flufenacet (total dose 360g/ha) along with some extra contact activity from piclinofen.

Opting for this approach also avoids adding more diflufenican, keeping the total dose below the 120g/ha limit to reduce the risk of potential problems in a following crop of oilseed rape. 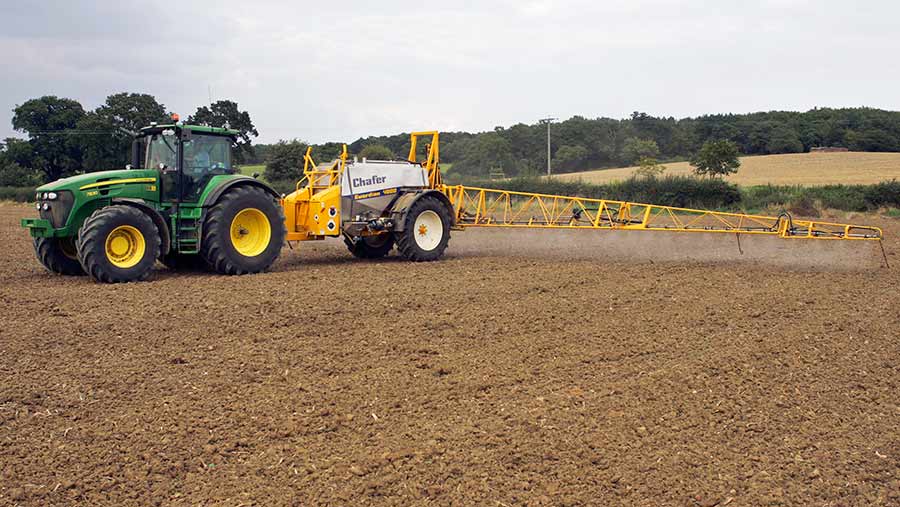 While adjuvants are not herbicides themselves, they have been proven to give pesticides a boost.

Agrii has recommended the use of adjuvant Backrow with residual herbicides for some years. It is a specific long-chain oil that has performed consistently well in previous trials.

Across 42 trials from the last nine years, there has been an average 9% uplift in control of grassweed heads. Based again on an untreated population of 500 ears/sq m of blackgrass, this extra control equates to 0.45t/ha in extra wheat yield.

Mr Foss says the adjuvant helps to maintain a lethal dose of the resuidual in the weed germination layer in the soil, by binding with the clay particle. It also has a positive influence on spray quality.

So one question is whether an adjuvant can reduce the impact of a dry autumn on residual herbicide performance?

To test whether an adjuvant can help in dry conditions, Agrii tested Backrow last autumn at Stow Longa.

The trial looked at its performance at different soil moisture levels using irrigation to simulate rainfall affter application of the pre-emergence herbicide.

Simulated rainfall improved residual performance by 10% in terms of numbers of blackgrass ears seen in June. “Again this highlights the importance of soil moisture.”

However, the adjuvant did help to overcome the lack of rain by adding 7% extra control when used with the pre-emergence and 8% when added to the peri-emergence.

An uplift was also seen where moisture was available with the addition of Backrow, which took the final blackgrass control to an impressive 98%.

Soil is a difficult target which to achieve adequate spray coverage, as there are many variable angles due to the random distribution of soil aggregates. Here are Agrii regional technical adviser David Felce’s top spraying tips for residual herbicides. 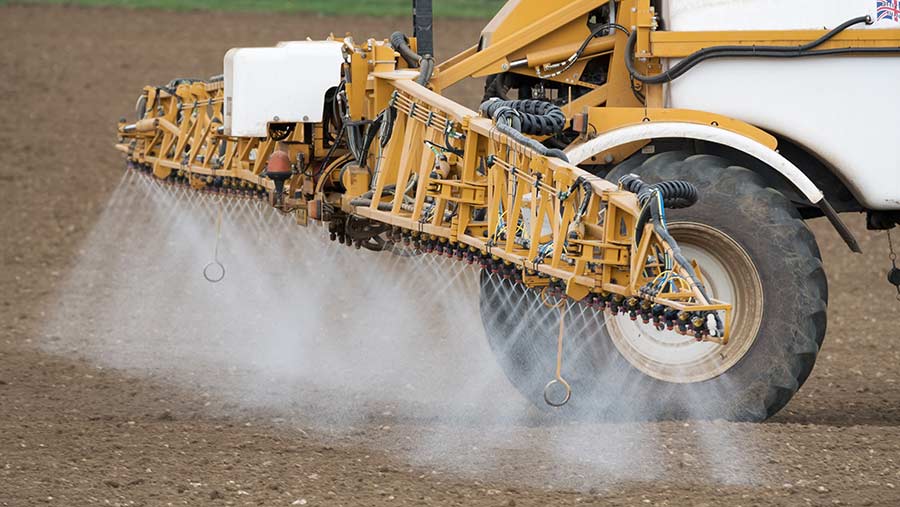