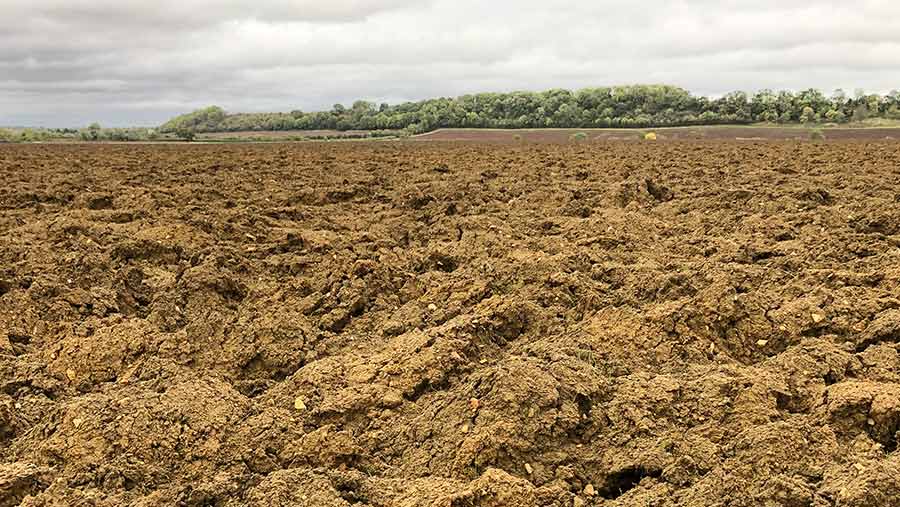 Chapel Farm, near Pershore, was in an impossible blackgrass situation, after his father, Richard Steele, grew continuous wheat during the 1970s, achieving yields in excess of 10t/ha.

Rising production costs, declining soil organic matter and falling yields challenged the farm, so something had to change.

The combination of a balanced rotation, role of livestock and eliminating the use of artificial fertilisers in the organic system has enhanced soil health and removed the blackgrass issue.

Mr Steele considered the option of growing more spring crops to resolve the problem but this was not sufficiently viable on his heavy clay land, due to risks of compaction and reduced yields.

Soil organic matter needed to be replenished, so livestock and long-term leys were reintroduced into the rotation to build up fertility and provide a natural nitrogen source, while creating additional income.

“Bringing livestock back on farm was simple as the existing Victorian farm buildings and soil type were suited to mixed farming,” says Mr Steele.

The 500ha farm received its organic licence in 1987 after the family searched for a sustainable strategy to control its weed problem.

“We needed more consistency and a balance of specialisation and resilience on farm. The most profitable way to do this was to go organic,” he explains. 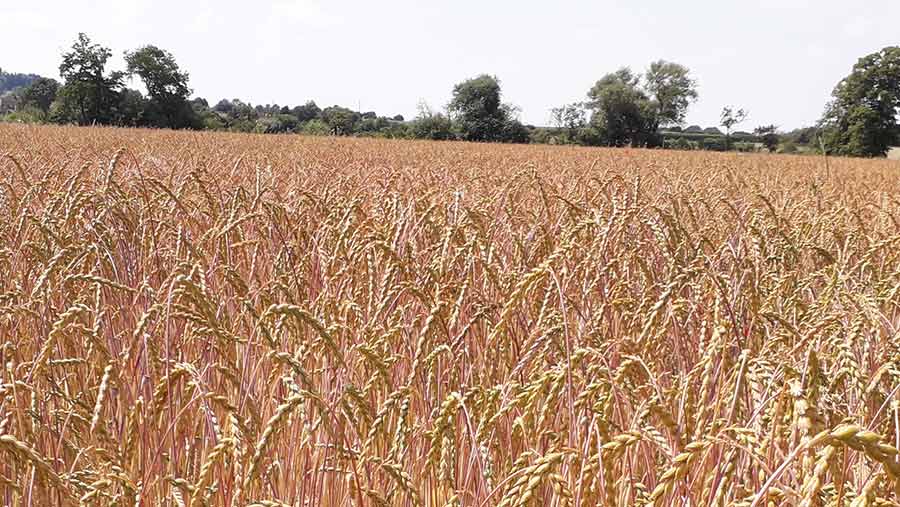 He believes a diverse rotation is the number one technique for weed control as it breaks up the plant cycle, while livestock are key to combating weeds, particularly charlock.

“The longer-term rotation works well with clay as you must be patient with heavy soils to enhance productivity. Current yields are reaching more than 5t/ha in good years but 3.5t/ha in bad years,” he says.

Soil fertility is built up using a grass mix grown for three to four years, consisting of white clover, timothy, ryegrass and trefoil.

Grass leys are grazed by ewes and lambs during the first spring before being harvested for forage in the second year. Dairy heifers then follow in the final year of grass, then three years of cereals are grown.

“It’s important to have a different mind-set when farming organically as you need to work with nature  – not against it.

We don’t have a problem with some weeds such as chickweed and speedwell as they provide free winter cover, anchor soil fertility and produce flowers that harbour beneficials.”

However, managing weeds and creating an optimal seed bed is essential for maximising yields, as there’s no second chance with organic farming.

Ploughing plays a critical role within the rotation as it breaks-up temporary leys and buries weed seeds. It also aerates the soil and removes the green bridge, helping to control soil borne diseases.

“We let the environment work with us as we plough, wait and then drill, allowing the weather to break down the clay.”

A Horsch cultivator is used after ploughing and for seed bed preparation between cereals where the plough is not used.

A pass with a mole plough is used once in the rotation to maintain the 40-year-old drainage system.

Cereal crops are planted in 25cm rows, 4-5cm deep with a 4m Amazone combination drill during the second week of October.

“Direct drilling is not suited to our system due to our clay soils and the fact that min-till methods rely on herbicide sprays, which are not permitted on organic farms.”

The wide-row spacing enables a Garford inter-row hoe, pulled by a tractor with low ground pressure tyres with RTK and digital camera guidance, to remove weeds effectively from February to April, when they are smaller and easier to control.

Mr Steele also uses a unique prototype machine powered by a Spearhead hedge trimming motor. The hydraulic system attaches to the front loader of a tractor and powers a series of rotating knives, which tops the weeds without harming the crop below.

Technology is advancing quickly within the organic sector with the development of robotic camera sensors that enables the removal of individual weed seedlings, using minimal power.

“I’m tired of the industry being stereotyped as the ‘dinosaur era’, as there are amazing opportunities for the future of organic farming,” he says.

Variable-rate drilling is implemented according to soil type on Mr Steele’s farm, with seed rates increased on heavy land and during late autumn drillings. This helps maximise crop establishment and reduces weed emergence.

This is especially valuable with wet autumns like this year. “Wet weather conditions have delayed drilling but we are able to drill into the middle of November, without significant yield losses,” adds Mr Steele.

Soil is now in excellent health. The move to organic has greatly enhanced soil carbon levels, root mass and the workability of clay, which is essential for profitable and sustainable farming.

Blackgrass is no longer an issue on the farm, with a significant weed reduction seen after just three years of being under organic status.

“The removal of artificial fertilisers has helped eliminate blackgrass, as the weed is the bane of a heavily fertilised system,” explains Mr Steele.

However, a weed transition from blackgrass and cleavers towards wild oats has been noticed on his farm, which is thought to be the result of an extremely cold winter in 2011.

Biodiversity has greatly improved, with a noted increase in corn buntings and beneficial insect populations, which reduce pest problems.

“The diverse range of crops within the rotation prevents the build up of pests and disease, especially bunt,” he says.

Organic crops are less susceptible to attack as they are not as lush and stressed due to zero artificial fertilisers applications.

“Seeds are left untreated, which can be problematic with birds as there is no chemical deterrent, but this hasn’t been much of an issue.

“Clover plants are also particularly vulnerable to beetles, so it’s important to drill just before rain, for rapid germination.”

Organic farming can be profitable, with excellent premiums for farmers who don’t mind having a more diverse farm business with added complexities and who have an attention to detail.

“It allows you to release capital costs such as fertiliser spinners and sprayers, and frees up buildings that can be used for diversification,” says organic farmer Adrian Steele.

“Fuel bills have stayed relatively consistent since converting and we only employ one full-time worker, Dan Martin, who works on both the livestock and arable enterprises” he says.

With the basic payment scheme being phased out, there is pressure on farmers to farm productively while maintaining our environment, so fresh ideas for farming are important going forward.

“Diversifying income streams is key and going organic gives you the opportunity to re-position your farm business into an under-supplied market.”

Sheep were initially the main focus of the grass rotation, but with price variability and the uncertainty of a no-deal Brexit, the business has shifted to a dairy heifer rearing system to provide an excellent manure source and more reliable income.

“Trees are very effective on farm as they are good for drainage and bring up minerals from low down in the soil,” he says.