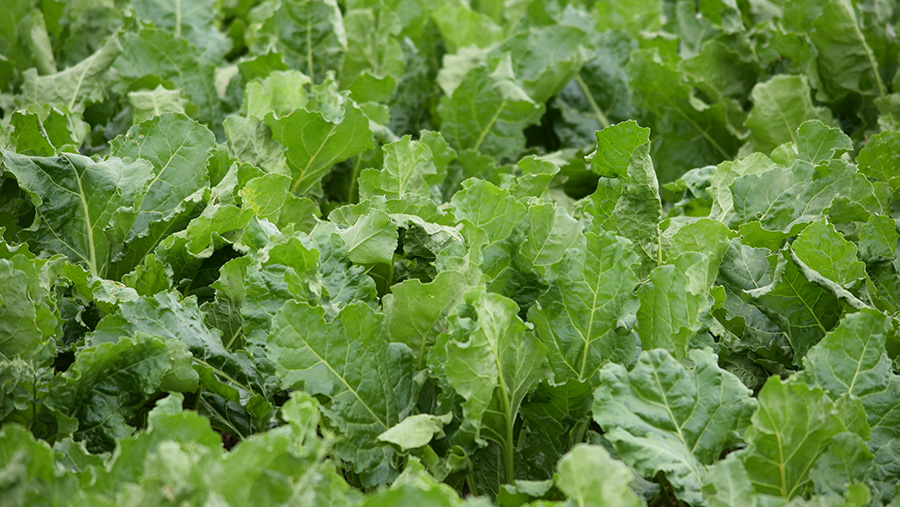 Growers thinking about growing herbicide-tolerant sugar beet next spring are being advised to consider their farm’s weed situation and their bolter strategy.

However, Hutchinsons points out that some caution is needed before deciding whether to grow it and farmers should not see it as a single solution for every situation.

Because the Conviso system is based on acetolactate synthase (ALS)-inhibiting herbicides, it may not suit situations where there are large populations of weeds, such as blackgrass or mayweed, with known resistance to this chemistry, says Darryl Shailes, Hutchinsons crop technical manager.

“The  same applies to Clearfield oilseed rape volunteers. In these situations, herbicides with other modes of action are needed to tackle resistant weeds to avoid exacerbating problems,” he says.

As always, growers should never rely on one chemical class, so it remains important to use integrated programmes that incorporate cultural controls and a range of chemistry with different modes of action.

Also, crown regrowth post harvest has to be managed, so reducing this as much as possible by correct harvester settings and ideally ploughing after harvest is the best policy.

“While we would always recommend ploughing after a Conviso beet crop, we have done work looking at crown management in crops in no-plough situations, he adds.

What is Convisio sugar beet?

The conventionally bred hybrid, available through Hutchinsons, has been developed as part of a joint initiative between KWS and Bayer that also includes a post-emergence ALS herbicide (Conviso One) designed for exclusive use on tolerant Conviso varieties.

Conviso One is a single product based on two ALS herbicides, foramsulfuron and thiencarbazone-methyl, which offer contact and residual activity against a range of weeds, including fat hen, cleavers, volunteer potatoes and sensitive grassweeds, including blackgrass.

The product will kill any non-Conviso beet, so should only be used on tolerant varieties and in whole fields where it can effectively control weed beet.