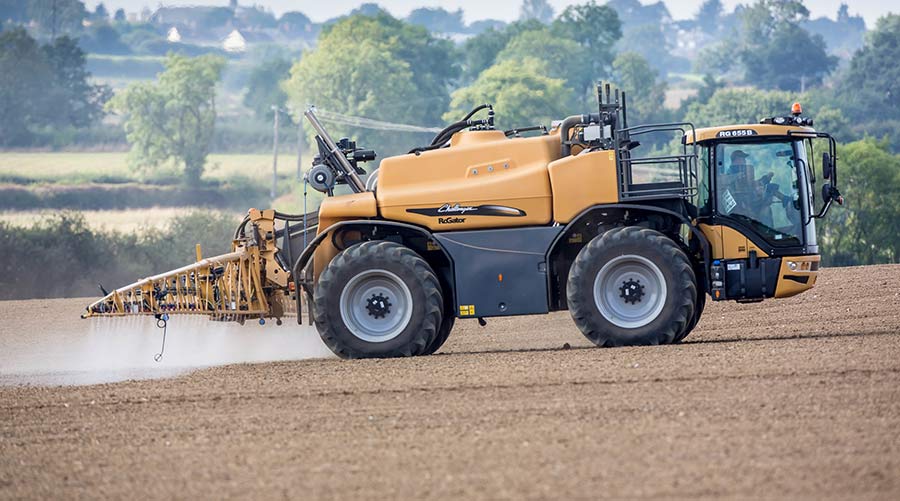 The first signs of ryegrass and blackgrass resistance to the widely used used herbicide flufenacet are being detected, with growers being urged to use other methods of control as well as weedkillers.

Ryegrass with so-called enhanced metabolism resistance to the herbicide is now present on a small number of UK farms, while blackgrass is showing reduced sensitively to the herbicide in a few isolated cases on German farms.

The residual-acting herbicide flufenacet is widely used pre-emergence in cereal crops for grassweed control and often in conjunction other herbicides such as diflufenican in the product Liberator.

James Clarke, chairman of the Weed Resistance Action Group, says there was always a risk to herbicides such as flufenacet of enhanced metabolism resistance affecting performance.

“It will be particularly challenging on farms with ryegrass and it serves as a very timely warning for those with blackgrass. However, along with other active substances flufenacet will remain a part of control programmes to deliver effective control,” he says.

Weed experts say cultural controls should aim to reduce ryegrass before crops go in the ground. These will includes delayed drilling as most ryegrass germinates in the autumn, while rotational ploughing, higher seed rates and aggressive management of weed patches will also be important.

Wider rotations, particularly more spring crops and non-cereal crops, is also essential. Spring crops significantly reduce the amount of ryegrass germinating in the crop, while non-cereal crops are important because they allow the use of a wider range of herbicide modes of actions, they add.

In the UK, some ryegrass populations required over 300g/ha flufenacet applied pre-emergence for 50% ryegrass control and over 3kg/ha flufenacet for 90% control. These figures are well above the label rate for flufenacet, which is 240g/ha. Researchers also found ryegrass samples from France and the US with resistance.

“The results are worrying for farmers with ryegrass problems, but I would like to emphasise that resistance is unlikely to be widespread,” says weed expert Gordon Anderson-Taylor at agrochemicals group Bayer.

Despite reduced sensitivity in blackgrass samples from Germany, there is no immediate concern for pre-emergence herbicide programmes, as in all samples from the UK flufenacet applications at the commercial use rate of 240g/ha provided 90% control.

In practical terms, Bayer does not anticipate these results leading to a big change in blackgrass management, as many growers already adopted measures such as delayed drilling, higher seed rates and spring cropping to manage blackgrass down to low levels before using herbicides.

Most importantly, herbicides should be used in mixtures and sequences with other actives. The research focused on straight flufenacet, but also showed that control of reduced-sensitivity populations improved considerably by using flufenacet with diflufenican.

The research also indicated that the efficacy of two other key actives were also affected by reduced sensitivity. When applied as single actives, both pendimethalin and prosulfocarb had lower efficacy against blackgrass with reduced sensitivity to flufenacet.

“No active is safe from the risk of resistance, so it is always important to vary modes of action throughout the herbicide programme to slow down the development of any resistance,” says Dr Anderson-Taylor.

Eliminating survivors of a herbicide programme is an important method that growers should try to use, he advises. Hand-roguing and eliminating thick patches with the use of glyphosate both prevent blackgrass getting out of hand and stop the shed of seed to cause problems next season.