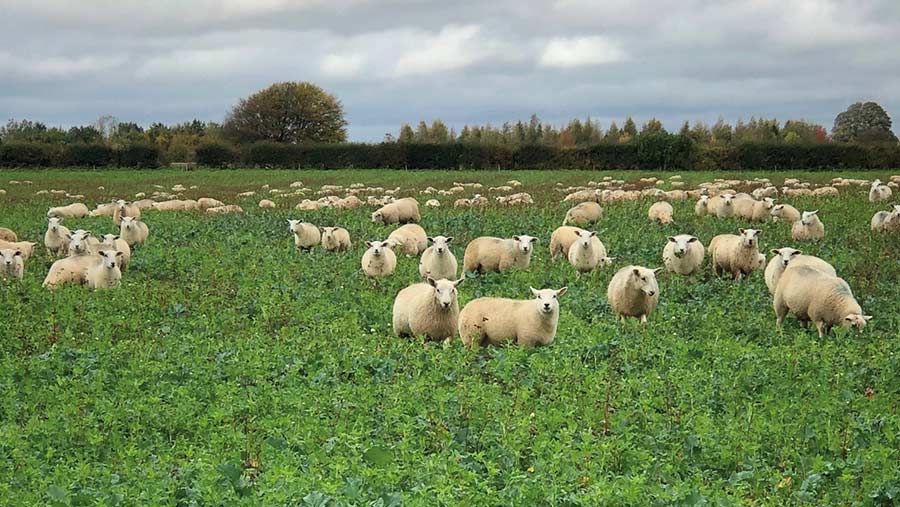 Yield is commonly king when it comes to driving profitability, but does it have to be that way? It definitely isn’t for Ed Horton, farming 1,000ha on the home farm in Poulton, Cirencester, in Gloucestershire, with a further 2,000ha spread across four counties and four other sites.

With the future of support payments uncertain, input costs increasing and yields capped by soil type on the home farm, he set out on a very different path six years ago, with farming in harmony with nature at the heart of his system.

“As well as wanting to farm in a different way, it was also commercially driven,” he says, looking ahead to the reduction and then ending of the area-based Basic Payment Scheme (BPS).

“With the loss of BPS, we were looking at a way of reducing costs to become more resilient. Six years ago, to be profitable we had to make savings of 5% a year to keep ourselves at the same place. That’s not sustainable. So, we looked at bringing down our cost of production, even if that means I’m producing less,” he adds. 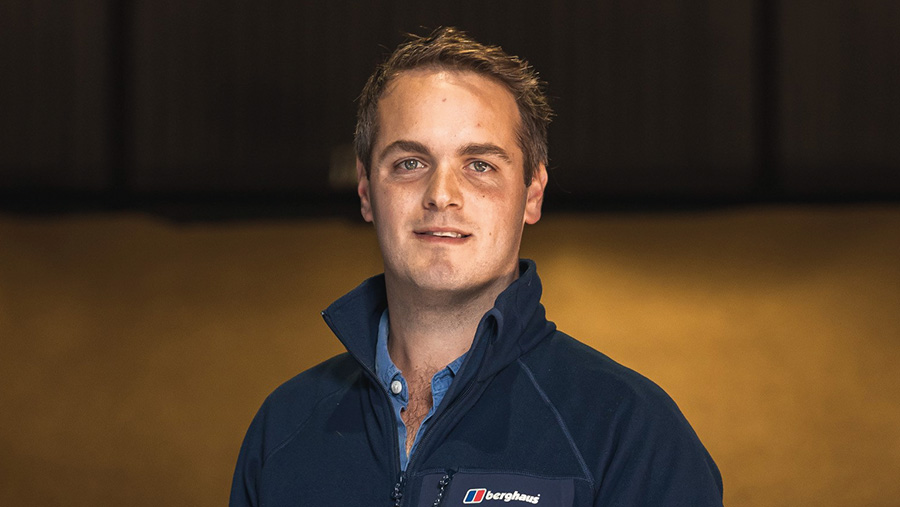 AHDB Farmbench results from Mr Horton’s Elicit winter wheat biscuit-making variety for the 2019-20 season (see “Cost of production of Group 3 biscuit-making winter wheat from 2019-20”) suggest that has been successfully achieved, with a cost of production of £114/t, which compares favourably with the £125/t achieved by the top 25% of the 644 comparisons in the database, despite a yield of less than 5t/ha.

The first step in this transition was managing his soil. “I don’t have much of it, and it’s not going to change. I have to live with it having a lot of limestone and that it gets very dry, very quickly,” says Mr Horton.

Cultivation costs were reduced by switching from a min-till system based on a TopDown to mostly direct-drilling with either a Horsch Sprinter or Avatar.

“As we started direct-drilling more things, we introduced cover crops over winter to give more grazing for sheep, but also to direct-drill spring crops without having stubble fields sat bare and wet over winter,” he adds.

“That was keeping soils active and alive, building organic matter and carbon, engaging with fungi and bacteria the whole time so it doesn’t have a dead period,” says Mr Horton. 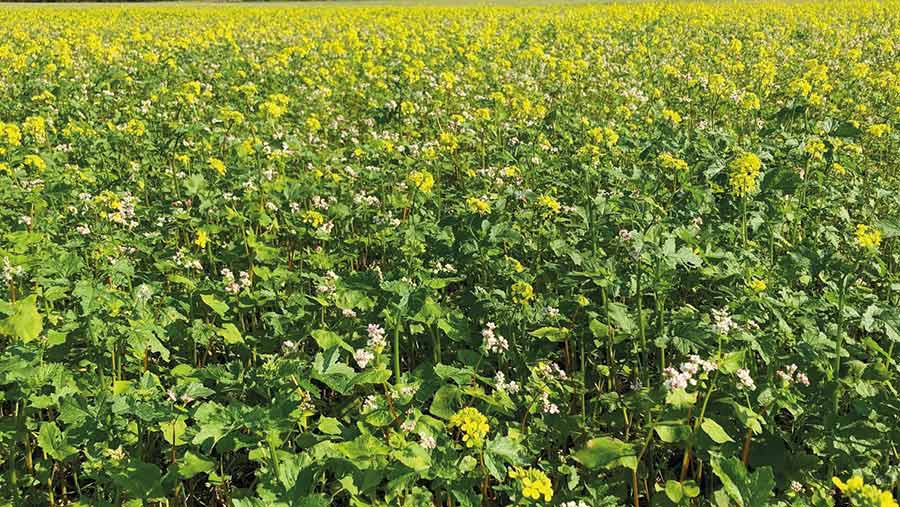 It also led to a decision to stop using fungicidal seed dressings because of concerns about their effect on soil microbiology.

“We still use trace elements – manganese, magnesium and sometimes phosphate – on seed as our soils are so full of calcium that nothing else is readily available. The bigger the root system it can produce, the more bacteria and fungi it can engage with and the quicker that symbiotic relationship develops,” he says.

But the real driver for success is the full integration of 3,500 sheep – the Golden Hoof of the Cotswolds – into the arable rotation, rather than running them mostly as separate enterprises.

“It’s what makes my system work, but it is definitely not for everyone. If you’re in the fens, you are not likely to have access to 3,500 head of sheep like we do between our farm and our neighbour, and the cost of getting them in are unlikely to pay back,” says Mr Horton.

They are used to help mitigate agronomic issues rather than for any direct effect on soil health, as part of a strategy that also includes diverse cropping, varietal resistance, nutrition and technology, with chemicals only used as a last resort. 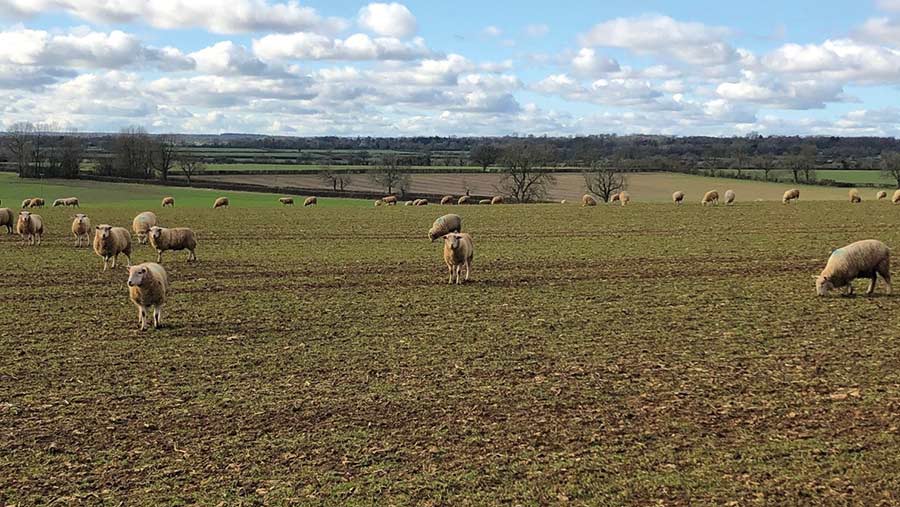 The lightbulb moment came in a season when a mild winter and forward crops had created perfect conditions for rampant disease in February, with the likelihood of needing to spray fungicides even before T0 to keep yellow rust and septoria under control.

“My father asked: ‘Why don’t we just get rid of it?’ I said I wouldn’t spray it off, but he meant grazing to remove the latent infection and disease hanging around the bottom of the canopy – that logic had never occurred to me,” he says.

“It does look harsh and grim in February when there are 1,000 lambs grazing wheat to what looks like death,” he adds.

“It is a fine line and the last day you check every three hours. If it is wet, you sometimes need to pull them out early, as otherwise the sheep will just plough the field,” says Mr Horton.

He recognises that grazing this hard is counter to the “graze one-third, trample one-third and leave one-third” mantra used by farmers seeking to build organic matter.

“Our decision is simply about disease management in the crop. It’s also a practical management decision – not grazing so hard would mean fewer sheep in the system and increased labour costs in moving them more often,” he adds.

“All the N in the canopy in February gets recycled backwards and feeds the plant in March when it starts to grow again. We find we get better rooting, which for us means better water availability and increased tillering, and that we don’t need to use growth regulators,” he says.

The list of crops SS Horton and Sons grows is long, but it is all part of a system designed to reduce risk and build as much resilience as possible.

The rotation starts fairly conventionally with oilseed rape, which is grown with companion crops of buckwheat and clover. It is grazed in February by sheep, then rolls into winter wheat before maize, with overwintered stubble turnips between, then hybrid rye, spring barley and winter barley.

From there it can go back into oilseed rape or grow any number of different crops, such as triticale, phacelia or buckwheat for seed, linseed, spelt, heritage wheat and barley, and both winter and spring oats.

“That long list is part of the key to our system, so we have the variability and the option to change. It also makes us far less reliant on commodity prices, and having that many crops means there is always something doing well,” says Mr Horton. 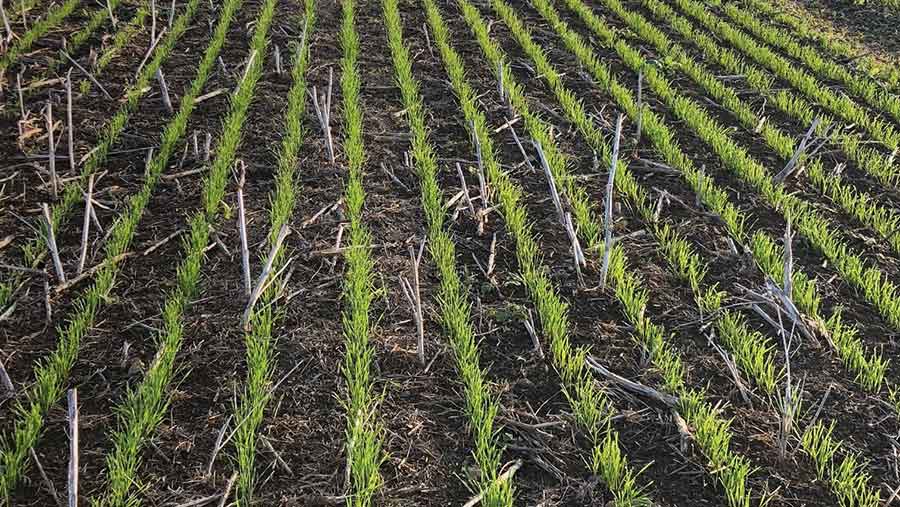 Resilience is also increased by reducing reliance on particular inputs to protect high yields, and reduce the risk from losing them.

“One part of our system does increase risk, because we have so much going on. Running livestock and managing harvest and storage is particularly challenging,” he adds.

“There will always be one crop that the weather won’t suit, but the other side is that it is just one crop, so a smaller percentage is affected. I think in general it comes down in favour of being less risky overall,” concludes Mr Horton.

This type of management has allowed him to drastically cut fungicides – aided by the use of varietal resistance – to virtually nothing apart from ear sprays on milling wheat, dictated by mycotoxin risk management requirements.

The final piece of the puzzle is having largely removed the use of herbicides in the past two seasons with a combination of inter-row hoeing, companion cropping and undersown clover doing the hard yards.

“Because of our varied rotation, we don’t have a big problem with blackgrass, so we’re more worried about broad-leaved weeds. But letting go of the tidy factor is important,” he says.

Having a few weeds under the crop canopy in June is good for the bigger picture, suggests Mr Horton.

“We don’t have just a monocrop – we might have some pansies, scarlet pimpernel or groundsel with pollinators buzzing around. It allows insects into the fields and keeps the other, bigger ecosystem working, which has meant we haven’t used an insecticide in eight years,” he adds. 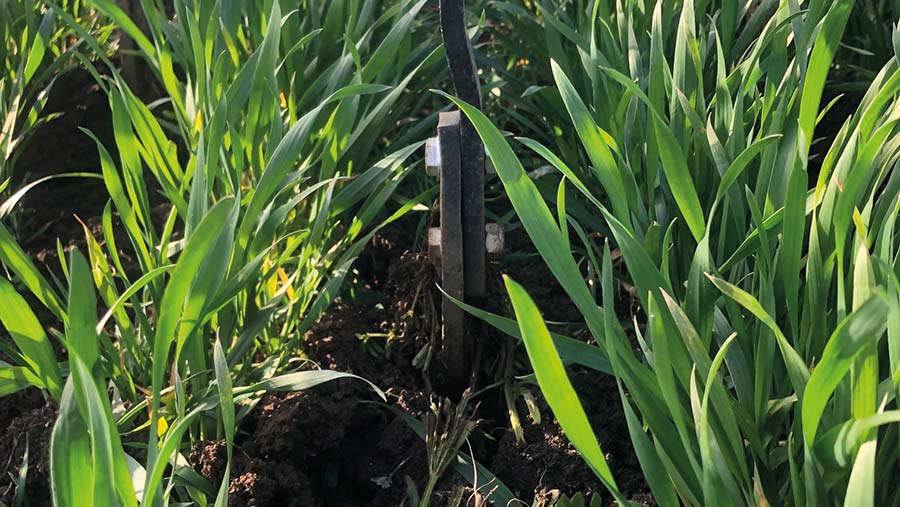 Flexibility in management is vital, though. “We have one field of wheat heaving in cleavers where we didn’t hoe it early enough. We will have to manage them with herbicides because they will climb out of the top of the crop and drag it down,” says Mr Horton.

“I still have to produce gross marginable, sellable crops and that’s always the line you come back to – at what point do you have to intervene to keep it above the break-even point?”

But by changing the system radically, those interventions have become the exception rather than the rule, and he says the AHDB benchmark figures prove the system is working.

“I yield less than everyone. Even the bottom 25%, who are losing money, yield more than me, but I spend nothing doing it, and that’s where it pays,” he says.

“It won’t work for everyone, but we are yield-limited here and there is no point pretending otherwise. Our system is allowing us to be cost-effective, without the benefit of support payments,”  Mr Horton concludes.

Reducing the amount of cultivation and spraying has cut both the labour and machinery costs of producing crops on the home farm, says Mr Horton.

“We do very little to our crops, so we don’t need huge amounts of manpower – the bulk of the arable work is done by two people on the home farm,” he adds.

“There is management time with the livestock, but we have a flock anyway and the shepherd is still being paid when he is moving the sheep in an arable field – he’s just doing something slightly different,” he says.

With the system based almost entirely on resources already available – just about the only investment has been the £54,000 camera-guided Carre interrow hoe – efficiency has increased. “That’s been an added bonus rather than a plan,” he adds.

Extra kit is carried within the business as it is needed for more conventional farming practices on contract farms, which does have the added side effect of providing flexibility when needed on the home farm.

“But they now do much less work, so they have a much longer lifespan, and because it is contract work, we are not reliant on yields to get an income back from that. It’s a contract job, so we charge for it with the proper margin attached, which pays for the man on the tractor, the fuel and the machine,” says Mr Horton.