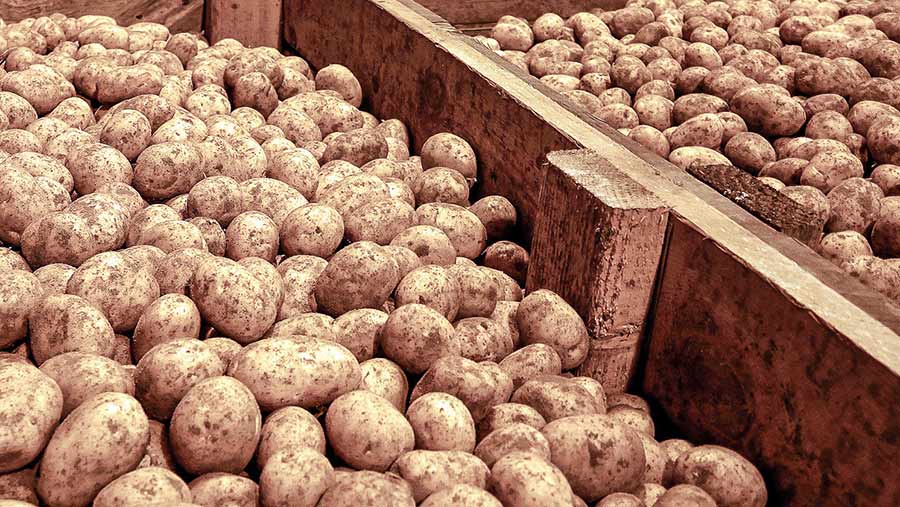 Potato storage experts and growers believe that sprout suppressant measures are best kicked off in the field following the loss of CIPC (chlorpropham), after seeing positive results from well-timed applications of maleic hydrazide (MH) last year.

Many growers entered the current storage season with some trepidation, having based sprout control plans on products they had little or no experience using, such as mint oil or ethylene gas.

A plant growth regulator used in potatoes for sprouting and volunteer control, maleic hydrazide – in products such as Fazor and Crown MH – is applied just before crop senescence and translocated into the tubers to provide its effect.

On its own, the product can prevent sprouting in a stored potato crop for a considerable length of time, but may need a follow-up treatment in store, so it isn’t a complete solution.

See also: Will soil carbon be the next big crop for growers?

This message seems to have been received, as tuber samples sent in to the research centre show improved MH residues compared with previous years.

“I have heard it said that there was an element of luck involved, but I think we need to give growers credit. There has been more care taken over timing, using higher water volumes and a focus on best practice,” says AHDB storage expert Adrian Briddon.

With an average of 10ppm MH residue in stored tubers, a range of 5-15ppm would be expected.

“Obviously, 15ppm is good and sprouting is well controlled, but any tubers at 6ppm may require in-store treatments much earlier.

“We need to push the average up. Every milligram we can get as residue in the field is going to save money and storage losses,” explains Mr Briddon.

He is, therefore, calling for “more of the same” with MH in 2021 crops: attention to timing of application and application quality to maximise efficacy (see box). 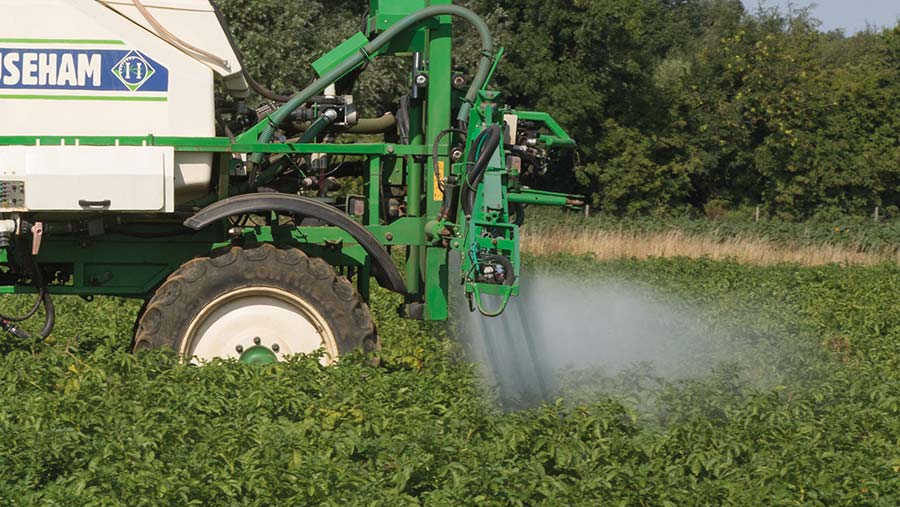 EG Harrison & Co is based just outside Cromer and grows about 350ha of processing potatoes destined for Kettle Foods, Lamb Weston and Bartletts.

Concerns over ethylene’s impact on fry colour nudged the business down the route of using mint oil for in-store sprout control and Mr Harrison, supported by Lamb Weston, experimented with Biox-M during 2019-20.

That meant he had very little experience with the product heading into 2020 and with long-term storage such a high-risk, high-cost exercise for producers, the use of maleic hydrazide took on added importance.

The business has always been a keen user, as its customers support MH for sprout control, and it helps keep a lid on volunteers in following crops.

His experience is that applying as early as possible in the optimum three to five weeks pre-haulm destruction window gives best results, although minimum tuber size must be 25mm plus.

Tuber residue testing, facilitated by specialist potato consultant Simon Alexander, also showed the farm’s more indeterminate varieties were much better at taking up MH, highlighting the importance of having a vigorously growing crop when applied.

Where crop growth was impeded by diseases, such as sclerotinia and blackleg, MH uptake has been seen to be lower than in healthy crops.

“In our more determinate varieties, we have seen poorer results, so I think our timings may have been slightly too late – something to reconsider next year,” explains Mr Harrison.

It has been difficult to quantify the impact of MH after crops have gone into store, as the farm left none untreated, but it has enabled a delayed start of mint oil use in most of the farm’s stores.

This means sprouting was well controlled within the 360ml/t of mint oil permitted for the season, with the farm’s long-term storage variety Taurus sitting at 240ml/t in late May.

“Without a shadow of doubt, maleic hydrazide will be a instrumental part of our sprout control programmes, particularly as fewer products are available now and we have a significant amount of mid- and long-term stores,” says Mr Harrison.

Putting a significant tonnage of potatoes into long-term storage each year, Yorkshire grower, merchant and packer RS Cockerill now sees maleic hydrazide as a key part of its post-CIPC armoury.

RS Cockerill is one of the largest suppliers to the UK crisping market, packs for discount retailers and supplies seed potatoes. This is alongside 250ha of its own production for processing and packing markets.

The firm has about 12,000t of storage at its base near York and rents and manages much more across the region, so sprout suppression is a crucial part of its operation. 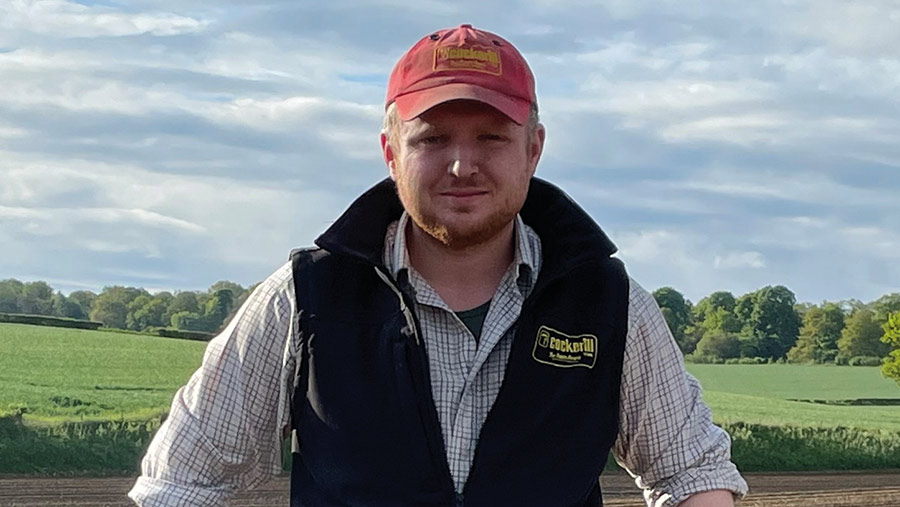 Fieldsman Joe Weston says that in previous seasons, MH was preferred for crops destined for long-term storage, but not seen as critical. However, that has changed in 2020.

“I don’t know many growers that didn’t apply MH to storage crops, and it’s been applied much better than ever before.

“The emphasis was on applying the product to the best of our ability.”

Mr Weston says many used it as a standalone product, rather than putting it in with a blight spray, and when crop condition and weather was correct.

“We were also lucky that the weather was conducive to this during the main application window,” he explains.

Mr Weston adds that some MH-treated crops have not required in-store treatment for a significant period of time, where in the past they might have already been fogged twice with CIPC by January.

This marks a shift in strategy from rolling out a CIPC programme automatically to applying the costlier mint oil product Biox-M reactively, according to store monitoring.

“It’s only my observations, but where crops missed or didn’t receive MH, they certainly look very different to those that were treated.

“It seems to improve the efficacy of other products too and the combination of MH and mint oil is working very well this year in all our bulk stores,” he explains.

Mr Weston adds that this success has been built on solid foundations after recent store improvements designed to help save CIPC.

A further measure in his integrated pest management strategy is to select more dormant varieties for long-term storage.

“It all comes back to integrated management. You can’t solely rely on chemicals, but when they are needed, they need to be used correctly to get the best out of them,” he concludes.

With the loss of chlorpropham (CIPC), potato storage has become a hot topic. In this course, we examine the latest alternatives for sprout suppression, how to clean stores of any CIPC residue and reduce the risks of losses.