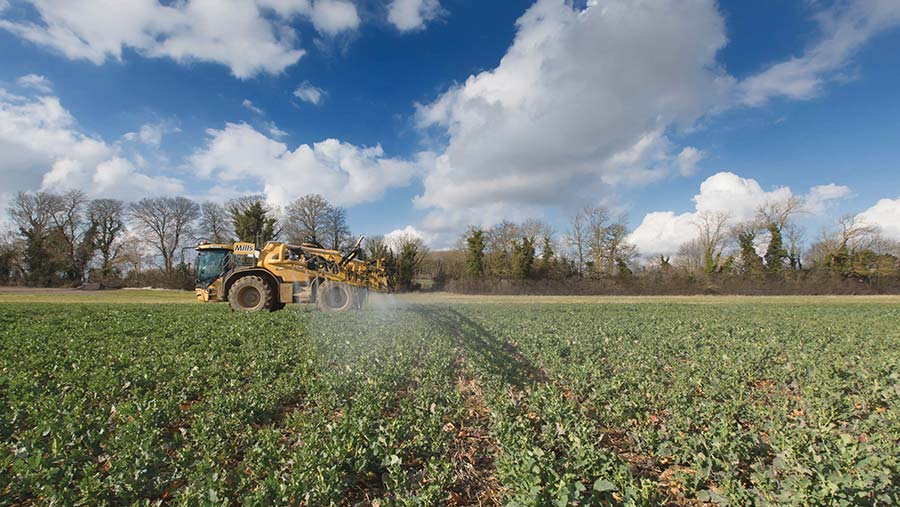 This autumn is proving to be one that requires nerves of steel. A lot of patience was needed with delayed drilling to get a good blackgrass kill and now it’s propyzamide in oilseed rape.

Soil temperatures are still on the warm side to get the most out of this oilseed rape residual herbicide.

On the other hand, there is a fear that by waiting until soils get to the ideal 10C, weeds will get too big and thereby difficult to manage.

Another topic covered by our Crop Watch agronomists this week include larger-than-anticipated crop effects from herbicides on cereals and disease control in oilseed rape. 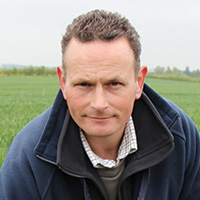 A recurring pattern seems to be developing – crops were again being buffeted by an Atlantic low-pressure system as I wrote my Crop Watch article.

Fortunately, in the intervening period there has been some dry weather and with about 60-80mm of soil moisture deficit still in my area, it has allowed for drilling after maize and potatoes to be completed into good seed-beds, with nothing really forced in.

However, these later-drilled crops have been slower to emerge because of the blast of cold weather in late October.

On some river ground that received floodwater courtesy of the rains from Storm Callum, we lost some areas as the seed just rotted with waterlogging. We have managed to get these redrilled during a drier interlude.

Earlier-drilled wheat and barley crops have established well and are now at the three-leaf stage and starting to tiller. In the West, we had a run of frosts that helped to reduce build-up of aphids.

I am a reluctant user of insecticides, as I think the parasitic and beneficial species are often as effective in controlling populations along with cooling weather than prophylactic spraying.

Herbicides look to have done a reasonable job on both broad-leaved and grassweeds, although there has been noticeable transient effects on both wheat and barley from diflufenican and prosulfocarb.

I have used Liberator (diflufenican + flufenacet) on oats on a number of farms for the past two to three years without any noticeable negative effects, but this season it has been very noticeable. These responses are probably due to the dry soils followed by rainfall and fast herbicide uptake by the crops.

Phoma lesions are just starting to develop in oilseed rape crops and are currently below threshold. I haven’t yet found any light leaf spot symptoms, so a single autumn fungicide strategy will be used.

Many of my crops have a good green area index of 1.5-2.5 despite a challenging start, so in these cases, fungicide sprays will be based on tebuconazole or metconazole to offer some growth regulation. On smaller crops, prothioconazole will be used instead.

These fungicides will be combined with propyzamide where required for grassweed control. Soil temperatures are dropping, so these recommendations will go out this coming week, as I feel it is better to get these applications on smaller grassweeds rather than wait for soils to drop below 8C. 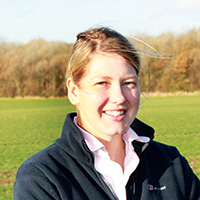 The favourable autumn weather has allowed growers to complete much of the autumn workload and now we await cooler temperatures to reduce aphid pressure and allow propyzamide applications.

Slug activity is increasing in warm, moist soils, but is mostly confined to cobbly areas, especially after rapeseed, where crops have been dry and slower to emerge. Remain vigilant for slugs in later-emerging crops.

When treatment is required, switch to ferric phosphate-based pellets that will perform well in wetter, colder soils.

The weather continues to offer opportunities for post-emergence sulphonylurea applications. It is important that these contact sprays (such as Atlantis) have a drying time of about four hours.

Heavy dews have the same effect on efficacy as rainfall, so daily workloads are limited. Be prepared to pack up early in the afternoon to achieve this drying time. This window of opportunity is likely to be limited, so applications should be completed while grassweeds are still actively growing.

There are some circumstances where blackgrass populations are moderate to high following a large spend on pre/peri-emergence herbicide stacks.

Before grasping for a post-emergence and perhaps more residual, take a little time to reflect. Is this likely to give adequate control or should you be reaching for the glyphosate?

This situation is evidence that change is required and making no change could lead to no improvement or worse! The war on blackgrass through cultural control is slow and continuous, but you will see improvements.

Numbers of barley yellow dwarf virus-carrying aphids have fallen dramatically since the extremely high numbers reported at the end of October.

However, where a Deter (clothianidin) seed treatment has not been used, crops will still require protection at the two-leaf stage. Earlier-emerging crops will require a second treatment 14-21 days after the initial spray.

Many rapeseed crops have already received “additional” early grassweed control this season as blackgrass has flushed with vengeance in this early-established crop.

Growers wishing to maximise blackgrass control are patiently waiting to apply propyzamide to cooling soils (10C or below at 30cm depth). We are nearly there.

Astrokerb is proven to give good control of some broad-leaved weeds, although control can be disappointing where these weeds have become too big before application.

Phoma and light leaf spot forecasts show a relatively low risk for these diseases. However, crops will receive autumn fungicide as products give stronger protectant activity – outstanding treatments should be applied soon. 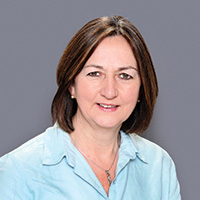 It is rare for arable farmers in Scotland to be so up to date with autumn work as they are this year.

The weather has not yet closed in on us. So instead of watching ploughs and drills feverishly getting another field of wheat sown, the main activity has been the relatively gentle passage of sprayers applying post-emergence weed sprays on wheat or fungicides on oilseed rape.

Even more satisfying is the state of the crops themselves – well established and so far disease-free. Not a bad way to go into the winter.

Some of the August-sown wheats will be prone to a touch of mildew and ideally we will see a more significant drop in temperatures just to knock that back.

I have a few growers now participating in the Scottish environmental scheme (Agri-environment and Climate Scheme) and one of the options is for a winter stubble followed by green manure. This involves leaving stubble until March and then establishing a green cover – effectively missing a season of production.

However, the financial payment is roughly equivalent to the rent for a break crop, and the ground can be worked again in August. It will be really interesting to hear the comments from the participants about the effects of this option.

This past season, all land was easy to cultivate, so the performance in a difficult year will be a more telling measure. Personally, I think there are some places that will benefit hugely. We have another application round coming up next year.

What happens after that is still anyone’s guess. The Scottish government is some way behind the rest of the UK in its plans for agriculture after Brexit (to put it mildly).

Preparing budgets for the 2019 crops is a challenging exercise. The closure of the bioethanol plants in the north of England effectively takes the bottom out of the wheat market and leaves us more sensitive to currency movements.

The 2018 harvest was better than expected, in broad terms, but I would be more pessimistic about prices going forward. It is always wise to be pessimistic when doing budgets – that way any surprises are more likely to be pleasant. 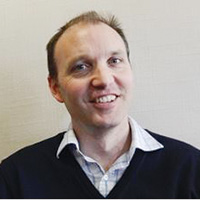 The theme of last week’s weather on the downs was a return to milder, more unsettled conditions. Previously, excellent drilling conditions allowed the last few crops of winter wheat and winter beans to be drilled in a timely fashion into perfect seed-beds, which have now all received their pre-emergence herbicides.

In oilseed rape, the phoma risk forecast is high, while for light leaf spot the risk is lower. It is now the right time to apply a fungicide. This will be a combination of tebuconazole for its growth regulatory effect, combined with prothioconazole to protect against both diseases. Or difenoconazole where phoma alone is the main disease present.

As we reach mid-November, the oilseed rape fungicide should be combined with grassweed control where crops are due to receive an application of propyzamide to control blackgrass. However, soil temperatures suggest that conditions aren’t quite there yet.

At this time of year, spray days are going to be at a premium and as soil temperatures should (ultimately) only go in one direction, available “spray windows” will be the final arbiter on planning propyzamide applications. 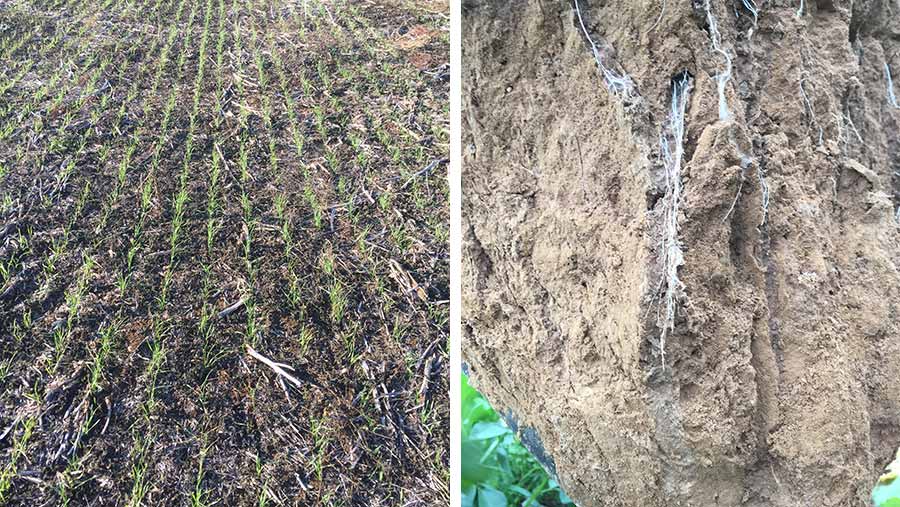 Cabbage stem flea beetle (CSFB) larvae will now be hatching and entering oilseed rape leaf petioles. Careful monitoring is taking place to assess if the threshold for treatment has reached the current guideline of five larvae per plant. Where damage is found, now is the time to consider including an insecticide with any planned herbicide or fungicide applications.

Numbers of peach potato aphid were declining in the latest AHDB aphid report – but now is an appropriate time for treatment as the protection from the Deter (clothianidin) seed dressing comes to an end. Barley yellow dwarf virus vectors in cereals have shown a drop in numbers reported last week. Emerged cereals from undressed seed will need treating with an insecticide now – the traditional timing for BYDV suppression.

Finally, last week I also made an inspirational two-day visit to northern France, looking at two farms where they have been practicing conservation agricultural for many years. It was impressive to see what has been achieved in terms of both the improvements to soil health and the uniformity of establishment by direct seeding into high-biomass cover crops.

This type of approach to agriculture requires a complete rethink about our traditional rotations, as well as soil and nutrient management. However, the potential of these techniques to make the farm enterprise more resilient – both environmentally and financially – was clear to see.

One thing is for sure though, it requires a strong character to challenge the status quo, whatever the potential. 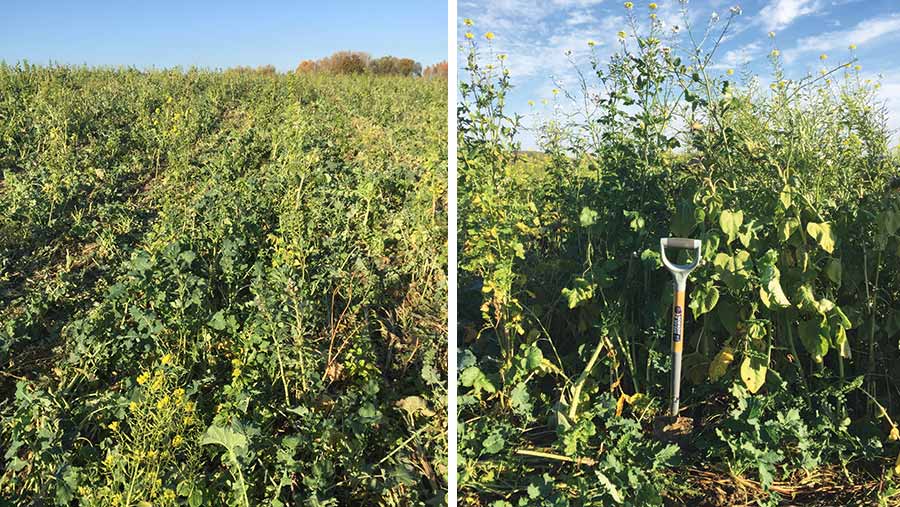