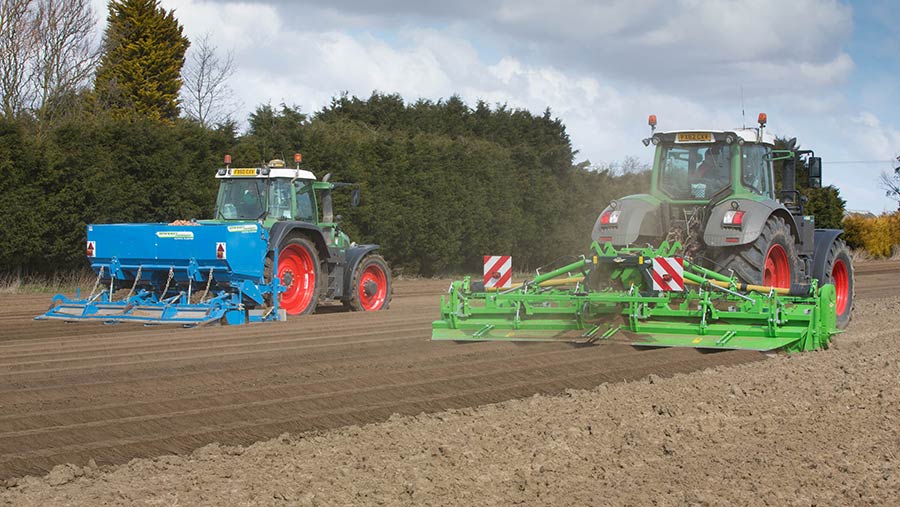 I will start with some good news: the active aclonifen has been approved which will, hopefully, bring much-needed improvements to our herbicide armoury.

I understand that it brings good control of black bindweed and brassicas which, until now, have always been troublesome. Let’s just hope that there will be enough for us to have a go with this spring, certainly for the later plantings anyway.

At the time of writing chitted crops are approaching emergence in Cheshire, fleece coverings having been blown off in the strong winds and put back on or replaced a number of times.

See also: Why OSR flowering sprays should be based on disease risk

Planting of these crops got off to a flying start in mid- to late February, then nothing for two weeks as Mother Nature decided to provide some rainfall to top up depleting aquifers and reservoirs. Sadly, though, not enough in parts of the country where water security is a worry.

Planting in Yorkshire has just got under way. Land has been ploughing over in very good conditions, particularly where cover crops have been used, so hopefully there will be no compaction issues allowing the early Lady Rosetta and Morene crops to get off to a good start.

Seed is generally in good condition although there is some evidence of dry rot and gangrene here and there, most likely coming in on the back of damage at harvest, in the dry conditions.

Seed wash-ups suggest that there is very little evidence of black scurf. If it is evident then an application of pencycuron (Monceren DS), flutolanil (RhiNo DS) or penflufen (Emesto Prime DS) is recommended.

Some varieties which are extremely susceptible to rhizoctonia may benefit from treatment anyway in the absence of black scurf as there may still be hyphae of the fungus in and around the eyes of the tuber that go unnoticed.