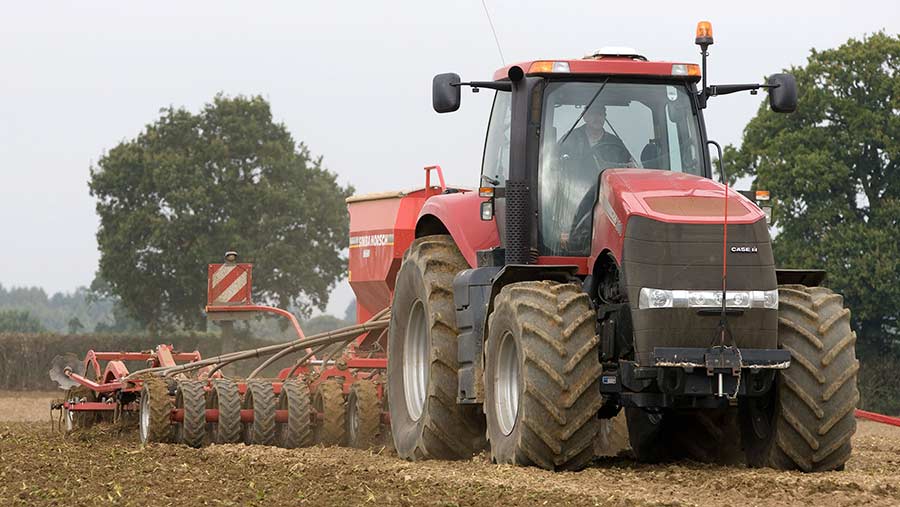 Cereal growers may need to increase their seed rates to maximise yields this autumn, particularly when drilling late, as establishment and tillering are often overestimated.

Most winter wheat generates only 1.8-2 tillers/plant on average, so seeds rates need to be adjusted through the autumn to optimise yields.

However, establishment falls to 60-65% by mid-October and perhaps just 50% by November/December, with much less tillering capacity, he added.

In-field variations, such as soil types and weed pressure, can also result in uneven establishment, highlighting the value of variable seed rates and precision farming systems.

Ten years of variable seed rate work shows average seed rate increases are 35-50%, but crops and yields will be more consistent, with the greatest benefits on the most variable fields, Mr Hutchison added.

Cambridgeshire grower Daniel White has been using the Omnia precision farming system for the past two seasons to map and manage in-field variations on his 260ha farm near Bottisham, just east of Cambridge, and is seeing clear benefits on crop consistency.

“It’s our second year using variable seed rates and it has definitely made the established plant population more even across our fields,” said Mr White.

“Once you have good, even establishment, it helps take out the variability of managing the crop through the season,” he added.