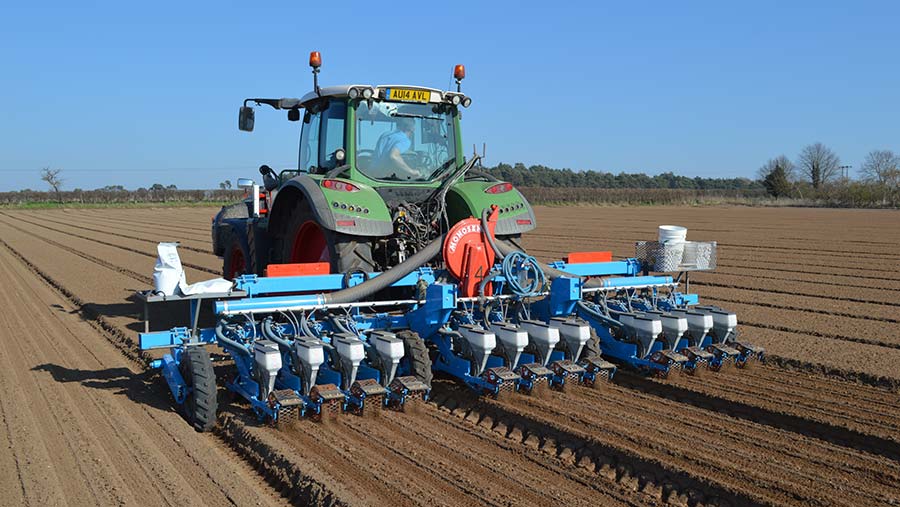 Onion drilling made an early start on one large light land Suffolk estate in excellent conditions. This bodes well for a good crop on a farm that produces 6-7% of Britain’s onions.

Elveden Estate grows 800ha of onions across its 3,400ha of arable cropping on its ring-fenced farm, and also on further rented land.

Farm manager Rob Ball says the estate normally targets 22 February for the start of onion planting, but the drills started on 18 February and have continued as Britain saw the highest February temperatures on record.

“We have seen very good conditions, with the soils dry, and drilling is going very well on our destoned land,” he told Farmers Weekly.

See also: Big Suffolk estate to run out of reservoir water this week

Drilling will continue on the Breckland estate until the end of March, with the first onion crops set to be harvested in the first week of August.

The drilled fields will received fertiliser and pre-emergence herbicide, and will be irrigated later in the season on the estate in north-west Suffolk, just south of Thetford.

Share all your photographs and videos of early drilling to our Farmlife Framed gallery.