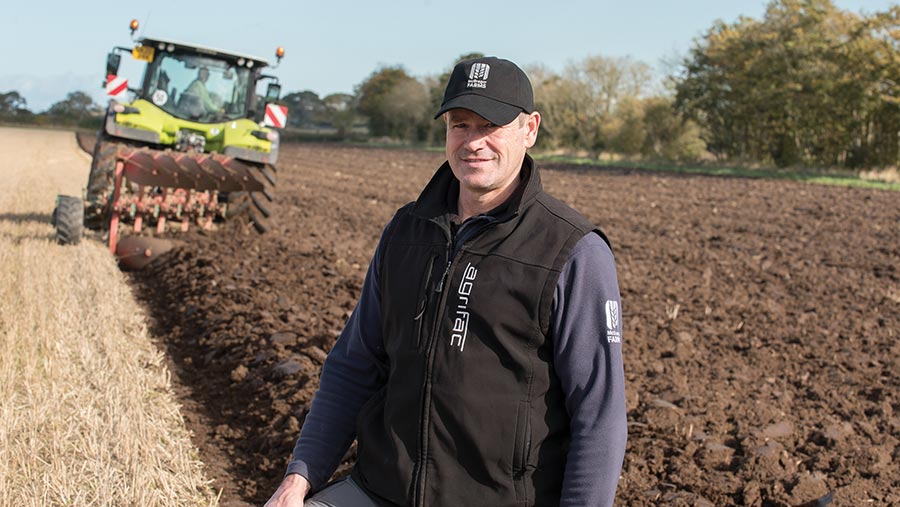 October 2020 seems to have been a month of spectacular sunrises and extreme rainfall in the Scottish Borders. It has seen the greatest rainfall in a 24-hour period, some 53mm on 3 October. With a total of 107mm, it has been the wettest October recorded in 15 years.

Having said that, we have been lucky compared with many areas north and south of us.

It is a great relief that we find ourselves almost drilled up, with only one 20ha field of wheat left to sow following a potato crop. Our starting point was to establish 687ha of oilseed rape, 163ha of winter barley and 1,942ha of winter wheat.

The oilseed rape is established using two 7m Simba SLs, with the bulk of the cereals established with an 8m Vaderstad Rapid. The addition this season of a 4m Lemken Solitair Zircon combination has given us not only higher capacity, but also greater flexibility when sowing conditions have deteriorated.

All our winter barley was established with the Lemken and as the rains fell in October we found ourselves using this drill more and more.

We have unfortunately fallen behind with our pre-emergence spray programme as frequent rainfall has made freshly sown field conditions less than ideal for these applications to take place.

We are fortunate not to have the dreaded blackgrass, but sterile brome can be an issue on some fields. Hopefully a few dry days in early November will allow us to get caught up with some modified early post-emergence applications.

A document from the Scottish government recently crossed my desk that made interesting reading. Entitled “Sustainable Agriculture Capital Grant Scheme”, it contained a number of livestock-oriented options.

I’m not convinced that any of these options will lead to greater sustainability within the arable sector. Should more focus be directed to land drainage options? The lack of provision and investment in this area has been very evident, especially after the increasingly more frequent intense weather events we seem to be experiencing.

David Fuller manages 3,500ha of medium sandy clays for McGregor Farms based at Coldstream, on both sides of the border. Cropping includes wheat, spring barley, winter barley and oilseed rape, spring beans and vining peas. Potatoes are farmed in collaboration with Greenvale AP.