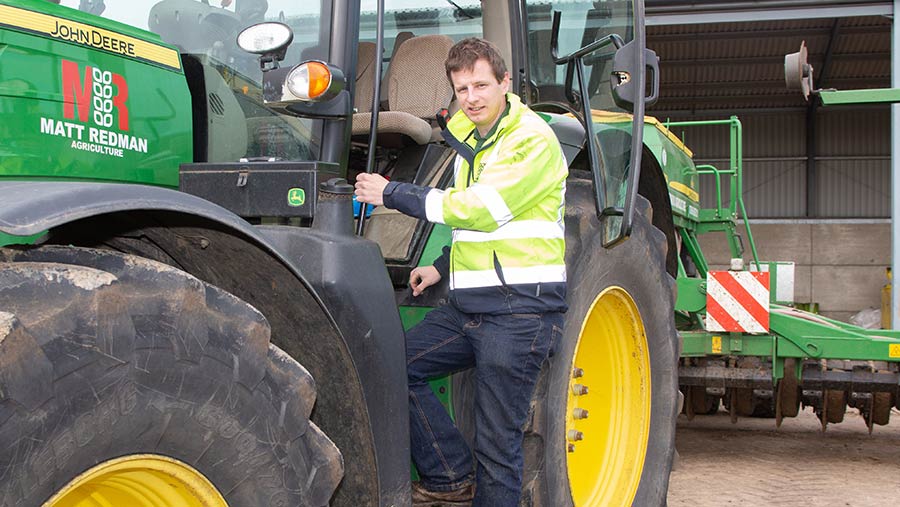 I mentioned previously that we were busy doing some ditch clearance work, thinking at the time it would be a small section for this year. However, I need to admit I have become addicted to it.

We found 12 previously unknown – to me – drains in that small section of ditch line, which inspired me to carry on. We have now completed about 3,500m of ditching, and have found more than 100 drain outfalls.

Most outfalls were buried and blocked but are now flowing to some degree and have now been marked with a white fence post to ensure they are kept clear. I think next winter’s project will have to be drain jetting.

The magic date I set myself for the switch from trying to drill Skyfall winter wheat to a spring variety has nearly arrived, and with the sheer amount of rain we have had in the past few months we might as well make the decision now.

It’s far from ideal having to store a lot of winter wheat seed for another year, but it is one we are becoming accustomed too.

I’m getting more convinced that farm infrastructure needs to be more geared up for storing seed for longer and that rotations and cropping plans need to be ever more flexible.

More importantly we, as farmers, need to be more ruthless in our decisions to admit conditions aren’t right and make those cropping changes, rather than dragging the impacts of planting crops in the wrong conditions – to early, too late, too wet – into the next cropping year.

The ability to be able to buy new seed – tested and clean – without a dressing on would be useful if we are thinking we will have to store it longer.

For something like oilseed rape it would also mean we can broadcast it, something that seems to have worked well here this year using farm-saved seed.

Winter wheat has long been the backbone of crop rotations for combinable cropping farms, much as rapeseed has been the break crop of choice.

Does this need to change to a more equal share of the cropping? I think it’s an obvious answer – yes – but it won’t be an easy change as it’s popular for a large number of reasons.