When you’ve got more than 16,000ha worth of agrochemical and suspension fertiliser to apply you need some pretty serious sprayer capacity.

Until recently, Doncaster-based contractor Robert Todd chewed through this sizable workload with a brace of forward-control Unimogs fitted with Chafer sprayers.

But when these were due to be upgraded last year he started looking at the possibility of replacing them with one machine.

After some serious deliberation – and due to the good experience he’d had with his Agrifac Exxact Sixx Traxx beet harvester – he decided to invest in a £280,000 Condor Endurance with 8,000-litre tank and 36m booms.

Crops caught up with him after it had completed its first 17-months’ service and racked up more than 3,000 hours. 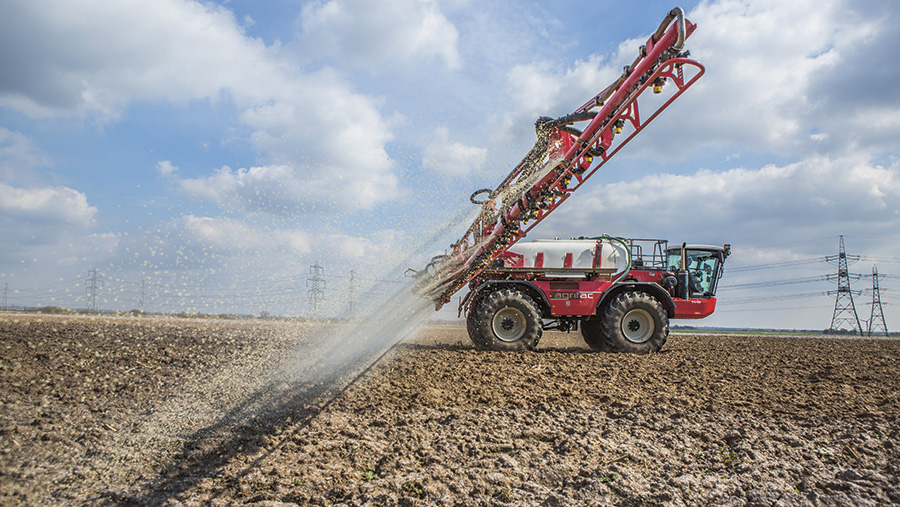 Why did you decide to switch to one machine?

We’d got on well with the two forward-control Unimogs, but we had to have an operator for both machines and we had to support them with a brace of bowsers too. 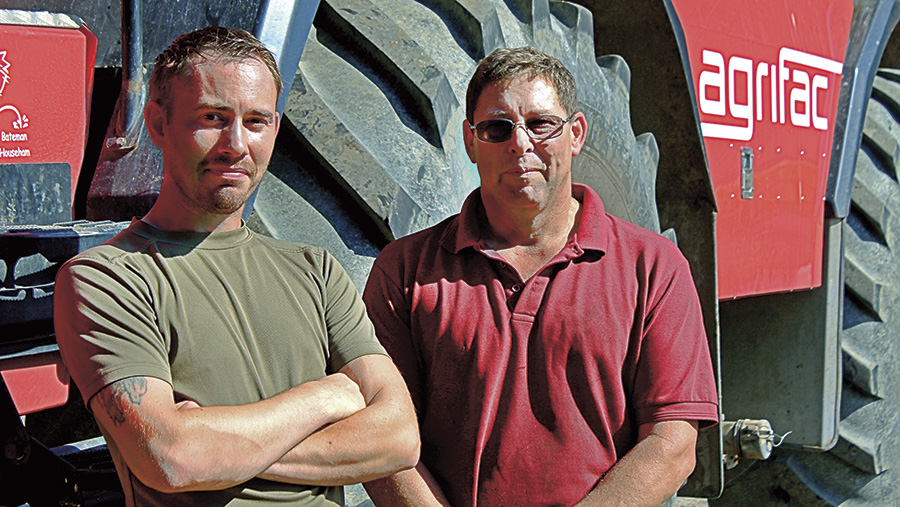 When the time came to change them, I wondered if we could get away with one machine and started looking at some of the 6,000-litre machines on the market.

However, I soon realised these wouldn’t quite match the output of our current setup.

Then I came across the Condor Endurance.

At first, I thought the idea of an 8,000-litre tank was ridiculous, but when I saw it in the flesh and had a drive, it started to make a lot of sense.

The massive capacity, fast working speeds and the fact it can carry 12t of suspension fert on its back meant we could cover more ground than the two machines put together.

We also worked out that we wouldn’t need much bowser support either.

Ours was the first machine sold in the UK and the ninth to come out of the factory, so it was a bit of a gamble. Thankfully it’s paid off so far.

How much ground can you cover?

With chemical and suspension fertiliser applications we’re covering about 16,000ha/year and we’ve still got spare capacity most of the time.

The only time we’re completely flat out about a three-week period in the spring when we’re putting potato fertiliser on. 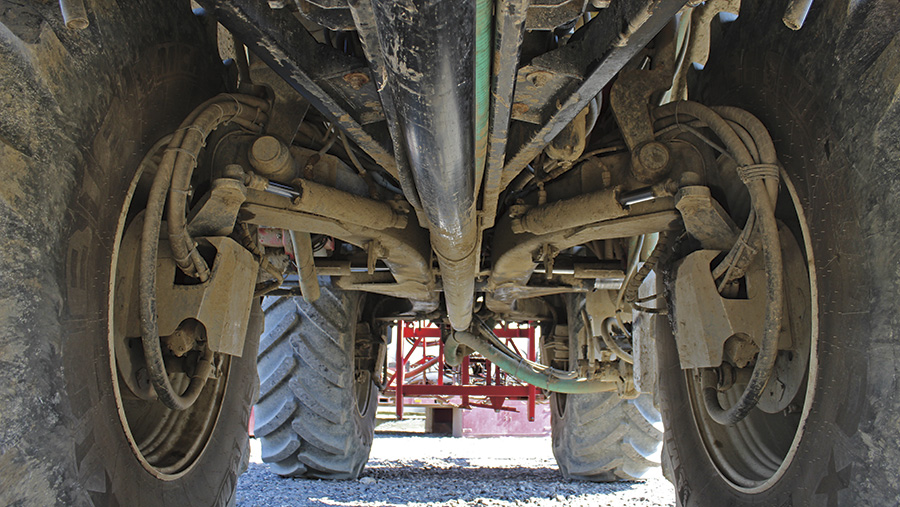 The 8,000-litre tank has also made a massive difference to how much ground we can cover in a day.

That means we can nearly always operate from our yard without sending a bowser out. In fact, we now leave the two bowsers parked in the yard as clean water tanks for filling the sprayer.

Together they give us a 27,000-litre reservoir, which is just enough of a buffer.

Depending on the year our season can start as early as the third week of January and run until the end of November, so it’s not standing still for long either. 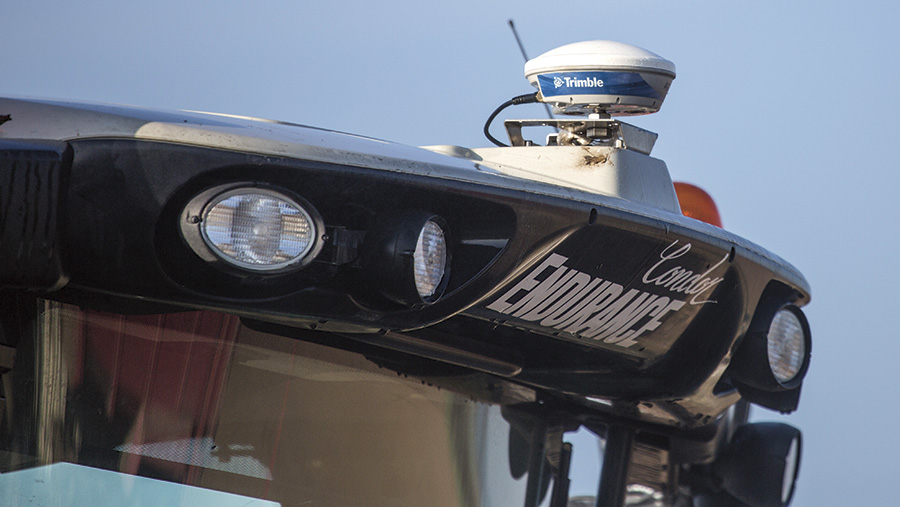 How does it cope in the wet?

Considering it’s such a big machine it makes very little mess and will travel in most conditions.

That’s partly due to the fact it’s got near perfect 50/50 weight distribution, but also because it’s on massive 710/85 R38 Michelin Axiobib tyres.

We run these at about 1.6bar so they have a pretty big footprint and if we didn’t do so much road work we could run them even lower than that.

Obviously, if ground conditions are really poor you have to be sensible and we will send it out with a part load. However, we haven’t been forced to do that very often.

It actually treads lighter than the 4,000-litre Unimogs we had before, as they were pretty tail heavy and tended to dig in when it got wet.

The sprayer arrived on the farm in February 2015 and the 17 months we’ve had it it has clocked up more than 3,000 hours without any major faults.

We have had the odd teething problem, though, including when the auto-lube system stopped working and a plastic collar gave way in the liquid fertiliser pump, which had to be replaced with a stainless steel one. However, all this work was carried out under warranty and didn’t hinder us for long.

Agrifac also upgraded the wheel motors to a beefier version, even though we hadn’t had any problems with the original ones.

Due to the amount of suspension fert we’re applying we also have to replace the pump impellers once a season. But that’s just wear and tear due to how abrasive and corrosive it is. 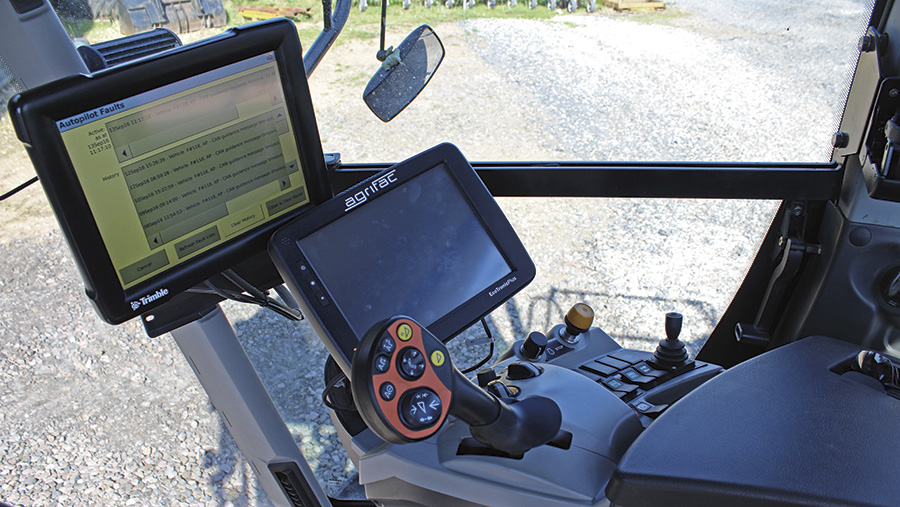 We considered going for a bigger boom, but in the end stuck with 36m.

That’s mainly because we weren’t sure if it would be able to pump the suspension fertiliser to the ends of the boom quickly enough to keep the rate consistent.

We’ve been particularly impressed with the smoothness of the boom ride, though.

That’s possibly down to that fact that it’s built to take units up to 54m wide.

What are you applying with it?

We’re Omex contractors so suspension fertiliser application is a big chunk of our workload.

For that reason we had separate fertiliser lines fitted as well as a 1,400-litre/min Hypro pump.

As part of the package we also had stainless-steel drip trays installed to stop the corrosive liquid fert dripping down the sides of the machine when the booms were folded.

We’ve also started mixing quite a bit of Avadex in with P and K fertiliser to help with blackgrass control.

To make the job more efficient Agrifac built us a custom basket in the top of the tank we can tip the granules into.

They then added a 50mm stainless steel pipe into the tank lid that diverts the fertiliser into the basket for faster mixing. We’ve also got a separate control panel at the top for switching the pump on and off.

On the agrochemical side we do the full spectrum for cereals, oilseeds, vegetables and root crops. 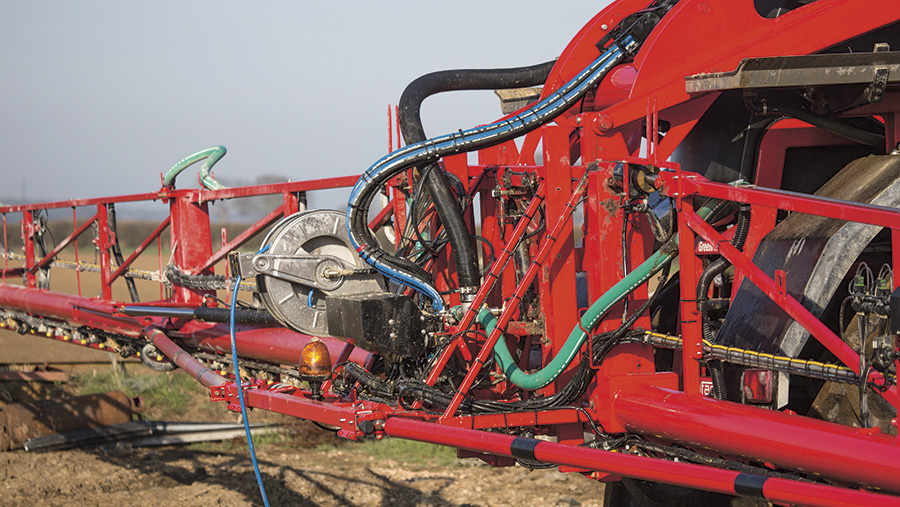 How long does it take to fill?

When we’re on fertiliser, the 1,400-litre Hypro pump will fill the tank in about nine minutes. It can also cope with fertilisers that have a specific gravity of up to 1.6.

For chemical spraying there’s a fast-fill pump that drops down from under the cab.

This can fill the tank with water in less than 10 minutes and the induction hopper is so efficient that we haven’t even considered doing pre-mixing of chemical. 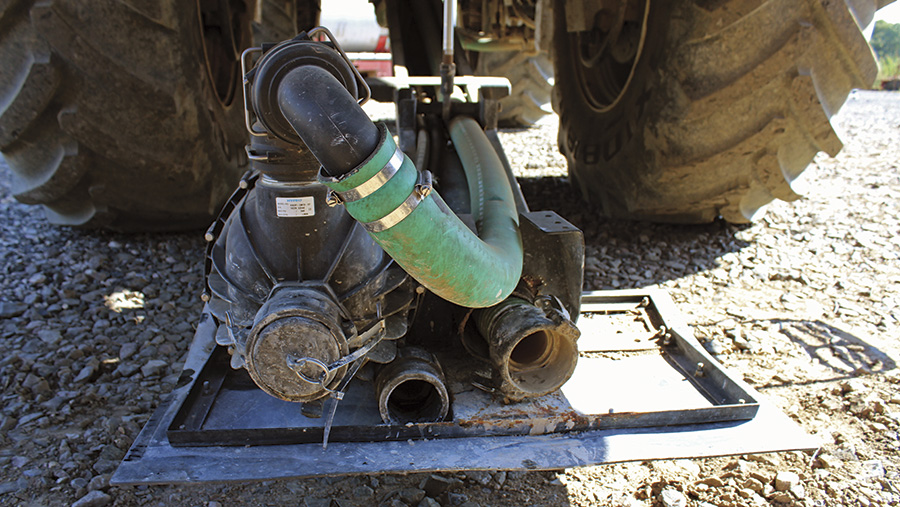 We’ve also been impressed with the agitation system, which works particularly well considering it’s such a massive tank.

The rounded design means it doesn’t have any awkward corners for residues to lurk either. We can wash it out in about 10 minutes, compared with about two hours with the Chafer sprayers on the Unimogs.

Is it complicated to use?

There’s quite a lot going on, but it’s no more challenging to use than a standard Condor.

In the cab there’s an Agrifac screen that looks after rate control and a Trimble FMX unit that runs the auto-steer system and auto nozzle shut-off.

At the moment this runs on Trimble’s Centrepoint RTX signal that’s accurate to 4cm.

It is also capable of variable rate applications, but we haven’t yet used this function.

How fast do you travel?

Generally, we’re able to apply liquid fertiliser rates of 1,500-litres/ha at speeds of up to 13.5kph, which is considerably quicker than the 9.5kph top speed we managed with the old sprayers.

For agrochemicals we’ll usually spray at between 13 and 16kph with water volumes from 100-litres/ha to 200-litres/ha.

On average it burns 25-litres/hr, which is about 5-litres/hr more than one of the Unimogs.

However, because we’re only running one machine and we’re not pulling bowsers around, it’s a significant fuel saving overall.

It has performed even better than we’d expected, so I’d definitely be tempted.

However, because it’s such a new machine I’m not sure what the second-hand value will be or when will be the best time to change.

Usually I’d look to keep a sprayer for five years, but if the deal looked good to change it earlier I would consider it.

As we’ve only got one machine now I can’t afford for it to be out of action, so that’s another reason for possibly changing it earlier.

Robert Todd has been running a suspension fertiliser and spraying contracting business from his 162ha farm near Doncaster since 1988.

He also has another arm to the business, which is growing and harvesting sugar beet.

At the moment he is running one of the two Agrifac Exxact Sixx Traxx harvesters in the country.

This campaign he plans to lift 930ha of beet with it.

Take part in our series

This new series on FWi and in Crops magazine aims to bring practical experiences and views of growers and contractors who have made significant changes to their arable machinery line-up.

So whether it is a complete change of establishment system or new big kit like a self-propelled sprayer or high-horsepower tractor, find out why they made the change and what benefits it delivered, warts and all.

If you want to take part in our series email Arable editor Richard Allison at richard.allison@rbi.co.uk.