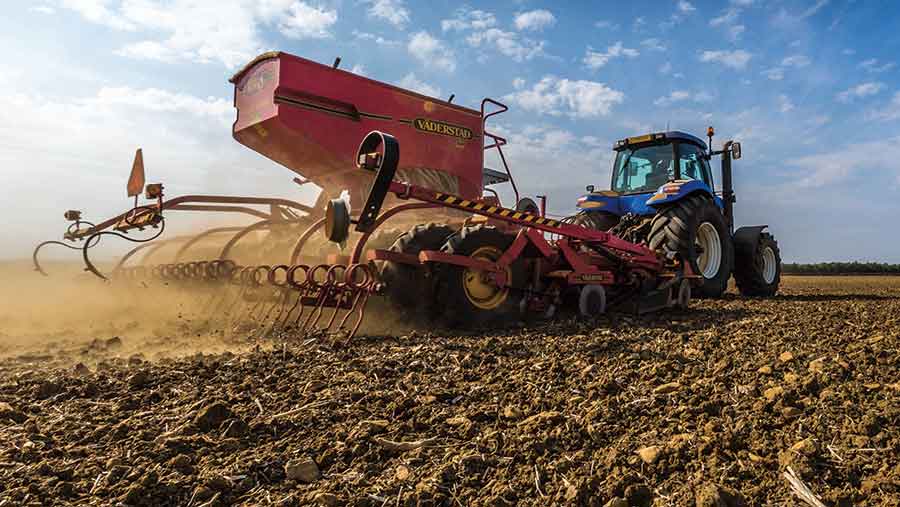 There has been much anecdotal evidence that growing hybrid barley can help in the battle against blackgrass by smothering plants. However, independent trials now prove how barley can slash weed seed return.

The findings from two years of trials carried out by Harlow Agricultural Merchants may also explain why the crop is gaining in popularity across the regions.

Based on the Hertfordshire/Essex border, Harlow started to compare hybrid barley with other second cereal choices when it became clear that blackgrass was forcing local growers to reconsider their rotations.

Based on the Hertfordshire/Essex border, Harlow started to compare hybrid barley with other second cereal choices when it became clear that blackgrass was forcing local growers to reconsider their rotations.

The company included Hyvido hybrid barley varieties in its comprehensive trials programme, giving customers the chance to assess whether the crop was a viable alternative to their existing choices and could be used as part of an integrated grassweed control strategy.

The results to date suggest that it can. In the 2014-15 cropping year, there was a 60% reduction in weed seed return where hybrid barley was pitted against both winter wheat and conventional winter barley.

This year, when there was a much higher blackgrass population sown in the plots, there was a 75% drop in seed return.

Furthermore, in both years, the hybrid barley outyielded the other crops, both in the presence of blackgrass and where the plots were weed free.

“Having looked closely at how hybrid barley performs in a blackgrass situation in the second wheat slot, over two years, it’s difficult to see why you would grow anything else,” comments Richard Peake of Harlow Agricultural Merchants.

“Not only is it giving this level of help against grassweeds, it also has the benefit of an early harvest.”

Looking at the Harlow trials in more detail, in 2014-15, the hybrid variety Volume was compared with Diego winter wheat and Glacier conventional barley, in the second wheat position. 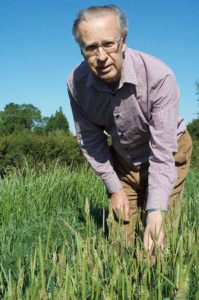 The three crops were drilled at the beginning of October at recommended seed rates, into a clean field, although blackgrass was hand sown just before drilling.

No blackgrass chemicals were applied, so that the weed head numbers and weights could be recorded.

“There were fewer blackgrass heads in the barley plots, although there were more in the hybrid than in the conventional winter barley due to the lower seed rates used. This allowed more plant survival over the winter,” reports Mr Peake.

However, the seed weights were lower in the hybrid barley plots. “The crucial thing with hybrids is their height. It helps to shade out any surviving blackgrass, so the plants are weaker with fewer tillers and less seed.”

A similar protocol was followed to the previous year, except a much higher blackgrass population was established.

“The results were very similar to the previous years, confirming our findings, although the yields of all the crop choices in the presence of blackgrass were lower, due to the very high weed numbers,” continues Mr Peake.

The conventional six-row variety Meridian gave a comparable yield performance to the hybrids at 10.3t/ha, but the number of blackgrass heads in the crop was greater.

“It has a different growth habit to the Hyvido types,” he explains. “More light can penetrate through the canopy, which encourages the blackgrass to grow.”

Bazooka performed slightly better than Volume both in terms of yield and weed suppression – showing the progress that’s been made with the more recent variety introductions and the improvements on offer to growers, he adds.

“The majority of our hybrid barley plantings will be Bazooka this autumn. It’s a very promising alternative crop in the second cereal position.”

Mr Peake reports that as much as 25% of the winter barley acreage in Essex was hybrids in 2015, up from just 10% in the previous year – and estimates that it will rise to almost one third this year.

“The blackgrass suppression properties of hybrid barley had always looked promising, but for some growers there was a mental hurdle to overcome with growing barley, due to the volunteer issue,” he says.

“However, the heavy soils in this part of the country have got more than their fair share of the weed, so it was time for them change their mindset and look at what could be done to alleviate the problem.”

He acknowledges that hybrid barley has also gained ground at the expense of oilseed rape, which has come under scrutiny in the east for both agronomic and economic reasons.

“Oilseed rape’s demise prompted interest in other crops which could be used to extend the rotation without creating workload bottlenecks. Again, hybrid barley fits the bill.”

Hybrid barley made a welcome return to a Wiltshire farm last year, having been dropped by grower Nick Combes after an unsuccessful foray into the crop when it was first introduced.

This time, however, the much improved crop exceeded his expectations, yielding 9.63t/ha and producing grain with a better specific weight than his conventional winter barley variety, Glacier.

As a result, he will be growing all hybrid barley in 2016-17 at Manor Farm, Burcombe, near Salisbury, opting for Volume rather than one of the newer hybrid varieties, and using the additional straw in the farm’s pig unit.

“We grew both Volume and Bazooka in 2015-16,” says Mr Combes. “The majority of the 67ha field was Volume, with 2ha of Bazooka being grown as a look-see. We also grew some Glacier as a comparison.”

Bazooka’s greater height made it much harder to combine than Volume, he reports. “It is a very tall variety, standing some seven inches above Volume, which caused us some issues. So I’m sticking with Volume for now.”

Drilling will take place towards the end of September, depending on the field history and location. The crop will follow winter wheat, with the land having already been ploughed to bury any weed seeds.

“Grassweed suppression is another reason for growing hybrid barley,” explains Mr Combes. “Although we haven’t got too much of a problem at the moment, we are taking steps to ensure that it doesn’t get out of hand.”

Hybrid barley fits into this proactive weed management approach, he believes. “Any surviving blackgrass plants in this year’s crop were spindly and short, with small heads and fewer seeds. That’s helpful for keeping weed numbers down.”

He points out that plant breeding progress is evident in current hybrid barley varieties. “It’s a very different crop to the one which was introduced a decade or so ago. It is now a real contender.”