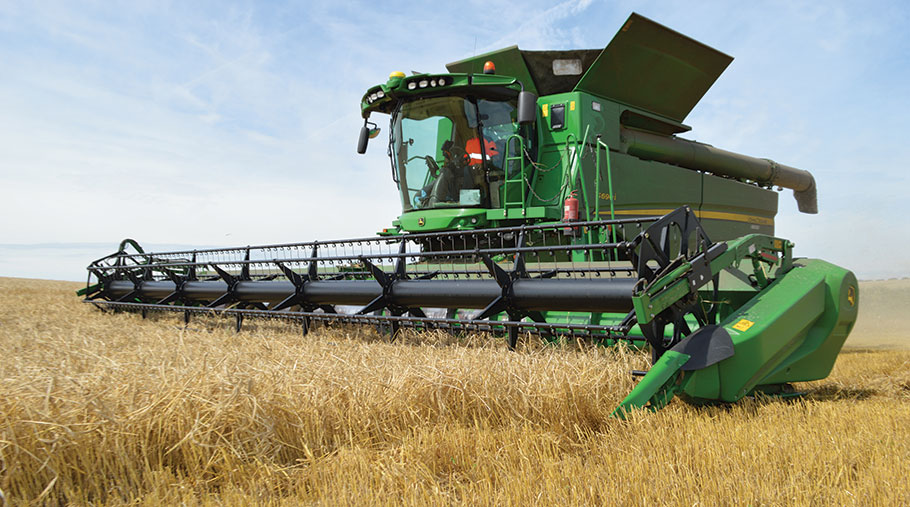 The spring malting barley harvest is set to produce enough quality grain for the maltsters despite lower yields due to a shortened growing season.

A late wet spring followed by a summer heatwave has led to reduced harvests and generally higher nitrogen contents as nitrogen in barley crops was focused in fewer grains.

James Beamish, farm manager at the Holkham Estate on the north Norfolk coast, says yields of his spring malting barley were down about 1t/ha due largely to the very dry spring.

He grows 370ha of spring barley, and this year’s average yield was about 6t/ha compared with 7t/ha from the estate’s rolling medium-term yield average.

He grows two varieties – one-third Laureate and two-thirds Concerto – with quality mixed in terms of nitrogen content and green grains, but the crop should be OK for malting with the majority of its destined for Suffolk brewer Adnams.

“The yield was no surprise since we had no meaningful rain since 24 May until harvest,” Mr Beamish said from the 3,500ha farmed estate.

The group has cut 230ha of the brewing variety Propino with yields of 6.8t/ha compared with the farm’s budget of 6.5t/ha, and grain nitrogen content below 1.85%, and specific weight about 65kg/hl.

“The spring barley harvest is going to plan and has been good so far, but we expect on the light land of north Norfolk it will be less good,” he said.

The West Norfolk farm at Barton Bendish, just east of Downham Market, is over a range of soil types. The group also grows malting barley at its 1,950ha Green Farm, Saxlingham, just west of Holt in north Norfolk, which is still to start spring barley harvest and where he expects poorer yields.

Chris Baylis, head of farming on one big north Lincolnshire estate, is nearly finished cutting 360ha of spring malting barley with yields at 7t/ha, in line with the farm’s five-year average.

“Our wold land is doing well as it was free draining in the spring while our heavier land had a shallower root system and did less well,” he said.

The grain quality is good with the first samples showing 1.65% nitrogen and good specific weights of 69.6kg/hl, from growing a mix of three varieties Planet, Propino and Laureate.

He manages the 3,600ha estate at Hall Farm, Stainton le Vale, on the north edge of the Lincolnshire Wolds, while he also manages a 2,400ha estate in Berkshire for the same owner.

Bob King, commercial director of Crisp Malting Group, says there should be plenty of useable barley for the maltsters this year despite slightly higher nitrogen contents and most of the Scottish crop still to cut.

After the late spring, barley crops had tended not to tiller well resulting in fewer big grains, so the nitrogen content was not diluted over a number of grains.

“We will have to learn how to deal with a different crop this harvest with a slightly higher nitrogen content, but the grain size in generally OK,” he said.

The big unknown is the Scottish crop which is spring-sown with harvest just starting, and supplies maltsters with nearly half the national malting barley needs at about 800,000t.