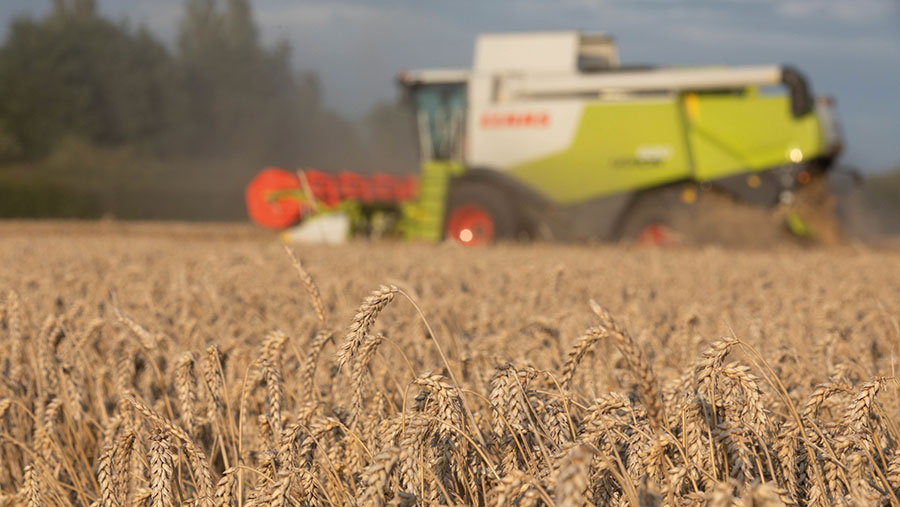 Grain yields from 100 large arable farms across England were down 15% this summer, representing the biggest drop in yields seen for 20 years.

This snapshot of harvest comes from the UK Centre for Ecology and Hydrology, which monitored high-tech sensors on the combines of this group of farmers.

The decline was compared with a five-year average yield, and within the overall fall, oilseed rape yields faired the worst, with a 20% drop, while winter wheat yields were off 15%, spring barley down 14% and  winter barley 10% less.

Richard Pywell, who led the work at the research institute, said this was a fairly conservative assessment, as these are large-scale, well-mechanised farms, although some individual fields showed yields down by two-thirds.

“With a wet winter, many crops stood in wet soils, and were then hit by an exceptionally dry spring and a difficult time at harvest,” he told Farmers Weekly.

The data came from the research group’s Assist (Achieving Sustainable Agricultural Systems) farms, which fed in measurements at least every 15 seconds from their combines operating in the field.

“The harvest data is giving us a greater understanding of the effects of extreme weather and provides an early warning system of the dangers ahead,” said Prof Pywell.

Looking at what management practices led to the best yields, the group’s spatial ecologist, John Redhead, pointed to farms with more mixed cropping that are growing trees and have environmental areas.

“We were seeing more resilient yields on farms with a more mixed landscape,” he says.

With more extreme wet and dry spells due to climate change, the group is looking at whether growers need a wider range of crops to spread their risk, and also to improve soil management and cultivations.

The group’s satellite data also showed a big fall of 40% in the area of all major autumn-sown grain crops across the whole of Great Britain last season, using information from more than two million fields.

The wheat figure was much below the Defra figure of 1.27m hectares for just England alone. This may be explained by crops emerging after February/March being classified as spring-sown, whereas a lot of winter wheat last season was sown late and did not emerge until the spring.