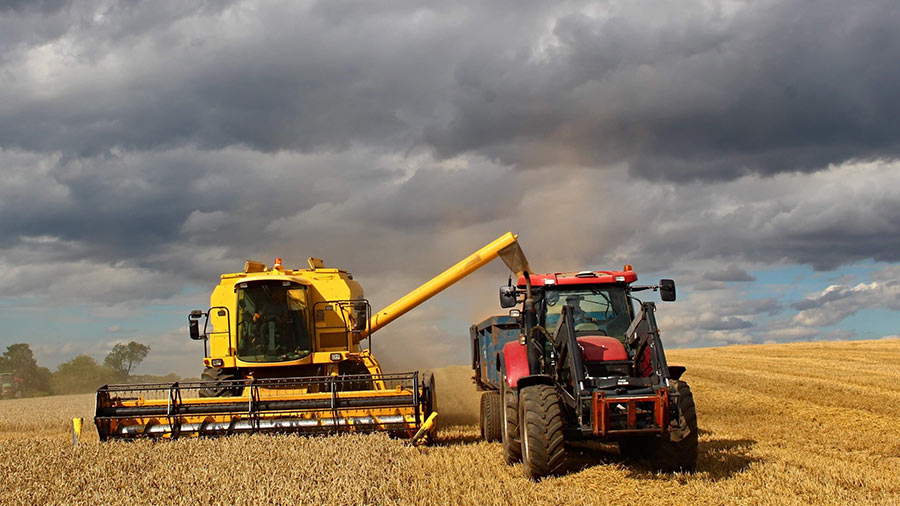 Harvest is beginning to wrap up in some parts of the country with some surprising early finishes, while others are waiting for a more settled spell before combines start moving again, with a lot of crops still to cut.

At Turin Home Farm, north-east of Forfar, Jimmy Steel is one of those waiting for better weather.

“The remaining crops are ready, but the weather is keeping us off,” he says. “We are halfway through the spring malting barley with 81ha left to do, which will be followed by 44.5ha of winter wheat – one good week would see us finished.”

Of the spring barley, he has already combined 40.5ha of Golden Promise and 40.5ha of Sassy, achieving yields of 5t/ha and 6.2t/ha, respectively. Specific weights averaged 66kg/hl with slightly high nitrogen levels – but it all made malting specification, says Mr Steel. Moisture levels were 16-20%.

Winter barley and oilseed rape are finished and away. “The 144.5ha of winter barley did alright, yielding 7.9t/ha averaging 68kg/hl and 17% moisture.”

Next year’s oilseed rape is already drilled. “We have had Anastasia for the past three or four years which has improved each year – this year it yielded 5+t/ha at 8% moisture,” he explains. “But this year we were unable to get seed so have had to drill Aspire.”

Across the water in Ballykelly, County Londonderry, wet weather is hampering harvest for Robert Craig at Carse Hall, where crops were already late due to delayed drilling.

“We were held up with our winter barley seed delivery – that wasn’t drilled until 20 October,” he says.

By mid-August Mr Craig had combined 8ha of Orwell winter barley for seed and 40.5ha of Surge at 16% moisture, achieving average yields of 7.4t/ha.

The difficult growing season means crops have all been noticeably thinner. “We have gone from 1,200 heads/sq m to 800 heads/sq m of total cereals.”

Having finished spring barley, linseed and beans, he says it hasn’t been the best year: “Yields are where we expected – nothing exceeding expectations.”

The spring barley and oats have both been cut with green grains. “Particularly in the oats we saw late tillers. We had to cut in the window we had, but it’s only affected about 1% of the crop so it isn’t a big problem.”

Drying has been required for some crops. “Moisture levels have come back at around 17% for spring barley and 12% for spring oats – we’ve had to do a bit of drying to get levels down.”

Growing 607ha of Zyatt, Elicit, Graham, Gleam, and Kerrin winter wheat, he has seen the variability in his wheat with yields 1-1.5t/ha below normal. “Average yields are 8t/ha at 13% moisture – but they range from 7t/ha to 9t/ha,” explains Mr Porter.

“The stony ground didn’t hold the moisture and the early drought hit these wheats the hardest. The heavier ground fared much better.”

Yields averaged 8.2t/ha at 13.5% moisture across 130ha of first and second winter wheats, but there was great variability. “There was a range from 5.6t/ha to 10t/ha – gravel ground droughted and suffered the most,” he says. 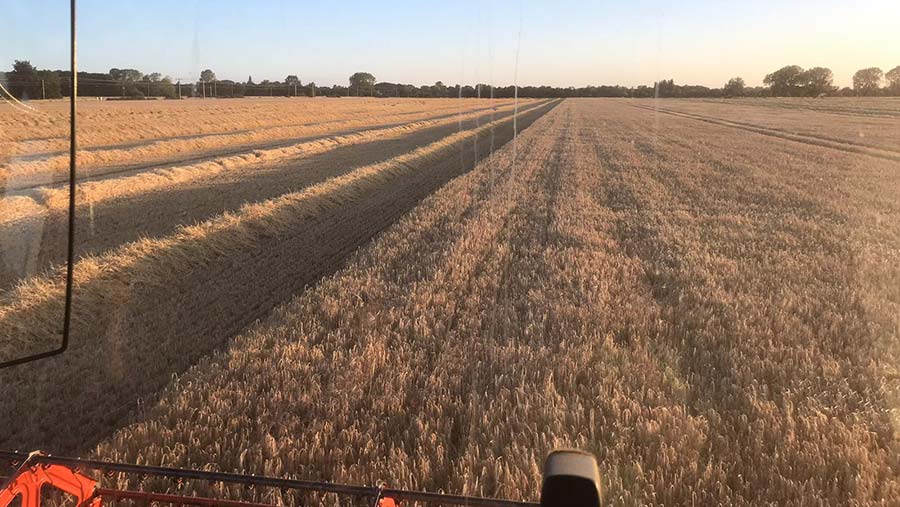 This range also affected the protein contents. “Where Skyfall yielded 9t/ha the protein was at 12.6% with lower yields producing 13%.”

Screenings were slightly high, but specific weights were good, with group 4 varieties at 74-80kg/hl and Skyfall at 81-82kg/hl.

Mr Mead has also combined 50ha of Bazooka and Cassia winter barley, both of which averaged 8.6t/ha and 68kg/hl.

Although 30ha of Karioka peas averaged 3t/ha, the Tundra beans were disappointing at 2t/ha. “The beans were shocking. The spring drought knocked them – the pods didn’t set and those that did were small,” he says.

“It’s been an average harvest and we finished exceptionally early because crops were ready earlier with the drier period through July.”