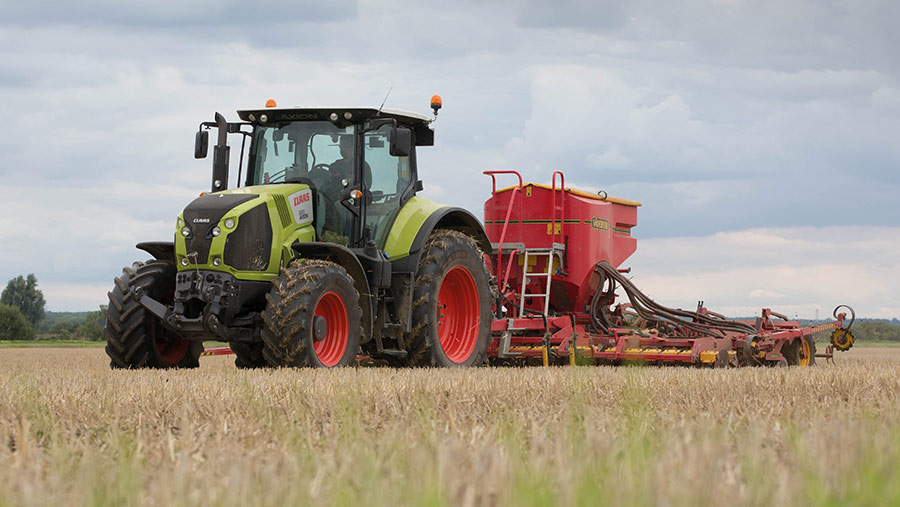 Early indications based on figures announced by Defra in early July suggest that while the new Sustainable Farming Incentive (SFI) could fill the BPS shortfall for some farmers, large farms in the entry-level tier will see it fall well short.

SFI is one part of the three-pronged Environmental Land Management (ELM) scheme that will reward English farmers for adopting more sustainable farming approaches.

A version of the scheme will open to farmers eligible for the Basic Payment Scheme in 2022, offering arable/horticultural and grassland soils standards, a moorland and rough grazing standard, and an annual health and welfare review of livestock.

For arable farmers, the arable soils standards will be of most interest, as growers seek to claw back some of the lost revenue as BPS payments reduce. 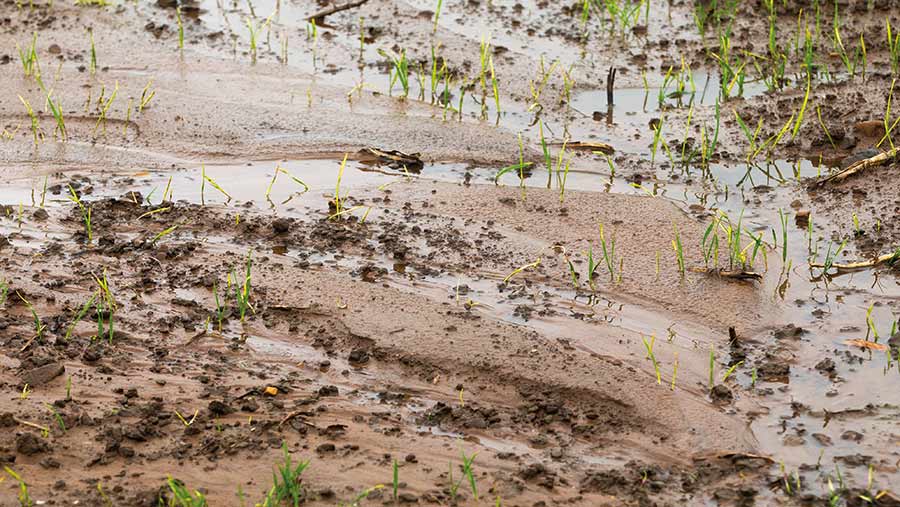 The 2022 standards have been chosen to allow the widest number of farmers to potentially apply.

Ultimately, Defra is hoping SFI should attract at least 70% of eligible farmers to take part by 2028.

This initial roll-out, however, is a cut down and revised version of the previously announced SFI pilot scheme, which offers eight standards including a separate arable land standard and one for hedgerows.

These haven’t been included in the 2022 scheme, partly because they overlap activities that are already paid for through existing schemes such as Countryside Stewardship.

But it is clear additional standards will be offered as the scheme develops to achieve the aims of Defra’s Agricultural Transition Plan, as further funding becomes available and other legacy schemes end.

So what does this mean for 2022? Is it possible to reach same the income levels as received with 2020 BPS payments, given that no other parts of ELM have yet started?

Farmers Weekly analysis using AHDB’s BPS calculator suggests that farms of 300ha or less that apply for the whole farm to be in the advanced level arable soils standard could reach 2020 BPS funding levels when added to their 2022 BPS payment.

However, that takes no account of the costs of reaching the advanced tier (see box), which includes establishing green cover over winter on 15% of the area, or using no, low or min-till to establish 25% of crops.

Assessing these costs suggests it will likely cost growers at least £60/ha to do the advanced actions, says Sebastian Murray, associate farming consultant at Ceres Rural.

“It’s not a lucrative option, but if farmers are doing these actions already it will still be a welcome move. Adding it on top of Countryside Stewardship would make it more attractive financially,” he says.

Larger farms, where reductions of BPS payments are proportionately greater, and any size farm opting for the introductory or intermediate standards, will be looking at a shortfall in income compared with the 2020 BPS cheque.

In 2023, that would fall further to 68-83% depending on level, although it is likely that further standards will become available in 2023 to mitigate this.

It is also only one part of the picture for being rewarded for achieving a positive outcome for the wider public, says Martin Lines, chair of the Nature Friendly Farming Network.

“The government has guaranteed agricultural funding of £2.4bn/year for the current parliamentary term. As BPS reduces, there will be opportunities to bridge the gap, such as with ELM.”

Other parts of ELM

The roll-out of the complete package is not due to start until 2024, with eventually only 30% of the funding released from direct payments available for rewarding farm-level actions through SFI.

This initial early roll-out of SFI has set the standards to be achieved at a relatively low level, he says.

“Government has done that as it wants farmers to engage, and quite a lot of it is what you should be doing anyway.”

But in future, the government will not be rewarding farmers to meet baseline standards – that’s going to be a legal requirement. “What has been launched is not the end result – as George Eustice says, it will be an evolution, not a revolution.”

Instead, standards will increase, he says, as potentially will their value over time.

For 2022, growers should assess which level they can reach on the farm, and how much they can improve over the next couple of years, he suggests.

“If you’re a plough-based farmer, the introductory standard may be as far as you want to go for the moment, because going to higher levels could require investment to change your system and potentially put more risk into your business.”

For those direct drilling and cover cropping, they can probably hit the highest standard on most of it already.

“Be realistic about what you can do already and how much of a step up you can do in future,” he advises.

In the longer term, he believes farmers will become asset managers and need to judge how different parts of the farm landscape can bring rewards through the likely multiple schemes and grants.

“The government has been clear in what is coming and when, if not the values and what you will have to do to achieve them. Farmers should look at the various schemes and the opportunities for funding and start to plan, he says.

He advises farmers look at what they are going to need to invest in on the farm for the next few years – not just for today’s targets, but the targets in five- or 10-years’ time, and how to fit those opportunities into a business plan.

“If you’re identifying that you may want to do low disturbance or direct drilling, and you’re going to buy a drill, consider when schemes are going to open to support that purchase, and how much you need to put in.”

Then farmers can start drawing up budgets for the next three to five years, and as BPS reduces and other funding opportunities begin, how they fit into their cashflow.

Another consideration is that SFI may ultimately be paid more regularly than a single annual payment, he says.

“There are likely to be many things we will need to readjust as BPS reduces from a budgeting consideration, including rental values of land and finance payments.”

Improved cashflow from regular payments potentially could help with grain marketing, he suggests.

“When BPS was due in December I may not want to sell lots of grain towards the end of the year as I know I’ve got a cheque coming in. But then if it is late and my bank account is empty, I‘ve got to rush and sell grain, so regular payments should make our marketing of grain smooth out,” he explains.

“The marketplace for financial payments is going to get more complicated, but, at least for this parliamentary term, it is still there.”

2022 Arable Soils Standard – what you need to know

When does it open and who is eligible?

The arable soils standard opens in spring 2022 and is available to any farmers eligible for the Basic Payment Scheme.

It will reward farmers for management practices that improve soil health by improving soil structure, soil organic matter and soil biology, and comprises of three levels of ambition.

What are the payments and what do you need to do?

What’s involved in the soil assessment?

Completed at the start of the agreement, this identifies land at risk of surface run-off, soil erosion, compaction, waterlogging or regular flooding.

In year one assess all land for soil texture, drainage, slope and connectivity to a waterbody or sensitive habitat. Records should be reviewed every two years.

What action should be taken as a result?

The results of the soil assessment should be used to inform actions to maintain or improve soil structure including alleviating compaction by sub-soiling, cultivating, adding organic matter or resting fields

What about establishing green cover?

Defra says dense cover is at least 60% ground cover by early winter across the land parcel.

It can be achieved either by sowing an autumn crop, including early sown cereals, brassicas or legumes, or by establishing a quick growing cover crop.

Land that currently receives payment for growing cover crops, such as SW6 in Countryside Stewardship, will not be eligible for the soils standard.

In the introductory level, the cover must be established on at least 5% of land identified at highest risk of erosion or surface run-off by mid-October.

In the intermediate level, it’s 10% by the end of September and additionally targeted at light sandy soils. In the advanced levels, it is 15% with shallow soils also targeted.

What do you do to increase soil organic matter?

Boosting soil organic matter to improve soil structure and biology can be through application of organic manures, certified compost, incorporation of straw or by growing green manures and cover crops.

In the introductory level, this must be on 10% of land each year, it’s 15% in the intermediate level and also includes introducing grass or herbal leys into the arable rotation, while it is 20% in the advanced level.

Is there anything else you need to do for the intermediate level?

Yes, in addition to the actions above, 25% of arable land, including temporary grassland must be established by shallow, minimum or no tillage.

Defra says min-till should be to a maximum depth of 15cm or less, and not turn the soil over, using lighter cultivation methods such as tines, cultivators or light discs.

And the advanced level?

The last extra requirement is to create a more detailed soil management plan.

This should build on the basic soil assessment and include soil respiration or micro-organism assessments, as well as identifying and actioning priorities to improve soil structure, soil carbon storage, soil biology and alleviating soil compaction.