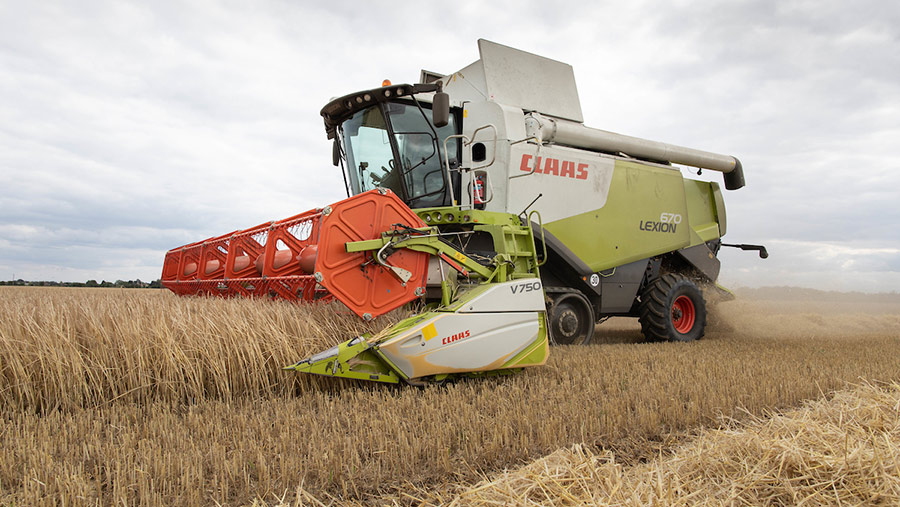 Cost savings of 20-30% were achieved by Buckinghamshire-based Antony Pearce when he formed two different joint-venture farming arrangements, with economies of scale being realised at both sites.

While one of those arrangements is still operating successfully today, the other is coming to an end after five years – reflecting the effect of new agricultural policy on land use and business structures.

This change has prompted him to look at other strategies for collaborating, so that extra income sources come on stream before BPS reductions start to be felt and cost control is maintained.

In the Cotswolds, where 870ha has been farmed as a full joint venture since 2007, the current 50:50 arrangement between two existing businesses will continue for now, says Mr Pearce.

After a successful combine sharing experience, started in 2004, a limited liability partnership (LLP) was formed, which owns all the machinery, while the labour is supplied by his partner’s business.

Similar soil types, grain storage requirements and cropping plans made the arrangement straightforward and allowed them to benefit from shared skills and expertise.

“Where you have two active farmers considering the same problems and challenges, there are synergies,” points out Mr Pearce.

“Sharing the burden of running a business and having access to other management skills can work very well.”

Not surprisingly, as BPS begins to be phased out, there’s now a renewed focus on costs in that business, so direct-drilling is being increased and more spring cereals are being grown instead of oilseed rape.

“We know some of what is coming our way in the next five years and can also look at low-input strategies, but we need to carefully consider the effects of any decisions on our cost structure,” he explains.

Where low-input strategies are being considered as a means of reducing costs, Antony Pearce is quick to point out that some land is better suited to input cutting than others.

A focus on soil health will help, he notes, but the reality of carrying out field operations less often is that it has an effect on your machinery capacity and the business’s cost structure.

“Using less nitrogen, for example, usually results in less yield. And where you have low-input spring cropping, it can be a double whammy.”

He is running some variable-costs trials on his farm, looking at low-input approaches that work in tandem with plant genetics, to see what’s possible in a changing and unpredictable climate.

The introduction of environmental schemes also need careful thought, as where the cropping area drops, there are implications for the cost structure and spread of fixed costs, he stresses.

In Buckinghamshire, where he is based at Stoke Farms, the opportunity to form another joint venture emerged in 2015, with three businesses spanning 1,000ha coming together.

With a common outlook, clear differentiation of roles and similar access to capital, it initially worked very well.

However, the subsequent loss of land due to circumstances beyond everyone’s control meant there was a shift in the cost structure and the economics no longer worked, despite a mutual willingness for it to succeed.

“It was a good arrangement for most of the time, but losing land to HS2, a solar farm and then agri-environment schemes meant that we couldn’t maintain the scale or make enough compromises for it to continue working to everyone’s advantage,” explains Mr Pearce.

After 30% of the farmed area was lost, it changed the cost structure and put pressure on all three of the businesses involved.

When the five-year agreement was due for renewal, all the partners agreed not to take it forward.

“The loss of scale speeded up the decision-making process. It forced us to make changes earlier than we otherwise might have done.”

Despite that, Mr Pearce remains committed to the principle of collaboration and is considering other ways of making it work.

At his farm base near Aylesbury, he now uses a local contractor to do all the spraying and is setting up new enterprises.

These ventures build on the farm team’s expertise, but access additional skills and assets through collaboration partners.

In this way, he is still able to reduce costs, but it also means that the farm’s sales increase, he points out.

While some of these are still in their infancy, he is confident they will perform well.

“If you want to go into glamping, for example, but you’ve never run a hospitality business before or dealt with the public on a daily basis, then inviting someone experienced to partner with you could be the way forward.”

A greater focus on diversification as a means of plugging the BPS funding gap is likely, especially where farming is contributing less to overall profitability, he predicts.

“Be warned though. Diversification projects take up a lot of your time, which can be to the detriment of your core business.”

He advises farmers considering this route to avoid taking their eye off the ball.

“It may be better to do a diversification project with assistance than to do it badly on your own. You will get extra income if it’s successful.”

In this way, enterprise partnering could work, he suggests. “Inviting people to work with you is a good way of bringing in new skills and expanding the business.”

Antony Pearce will be sharing his joint venture experiences with visitors to this year’s Cereals event. The session entitled “Collaborative Farming” takes place in the AHDB theatre at 11am on Wednesday 30 June.