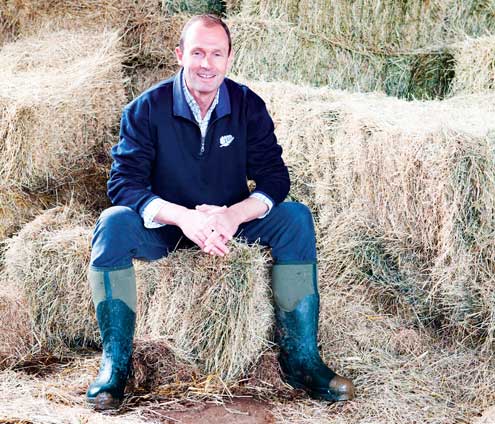 Last month I wrote “it’s too dry here”. What a complete idiot.

I recently visited the European Grain Bourse in Edinburgh with the HGCA’s British Cereal Exports Committee. You may think I’ve taken leave of my senses again, talking about exports after this harvest, but last year we had vintage quality and exported 2.5m tonnes of wheat. We need to stress this year was a one-off (please don’t let me be eating words on that one) and keep relationships going. One Spanish miller I spoke to was still keen to use some UK wheat later in the year as the characteristics of our soft wheat makes it more of a niche product than a world commodity.

Last week, I was at Rothamsted discussing “delivering sustainable systems”. The researchers outlined the work they were doing to improve productivity while minimising the environmental effect, which dovetails with their “20:20 Wheat”, “Designing Seeds” and “Cropping Carbon” projects. Brilliant, and many others are chipping away at these issues as well.

But is it enough? There was yet another article in a national newspaper this week about how we need to achieve extraordinary rises in food production or billions will starve. Meanwhile the EU argues about how much land should be taken out of production, a pittance is spent on research and supermarkets sell food at below the cost of production, which only serves to decrease that production.

Huge amounts need to be invested in research and policies changed now due to the delay in the results coming to fruition. If we truly discover sustainability we will, by definition, save the environment at the same time and it’s probable that increased production will rely on increased biodiversity rather than an escalation in chemical warfare. Foresight is one thing, acting on it entirely another.