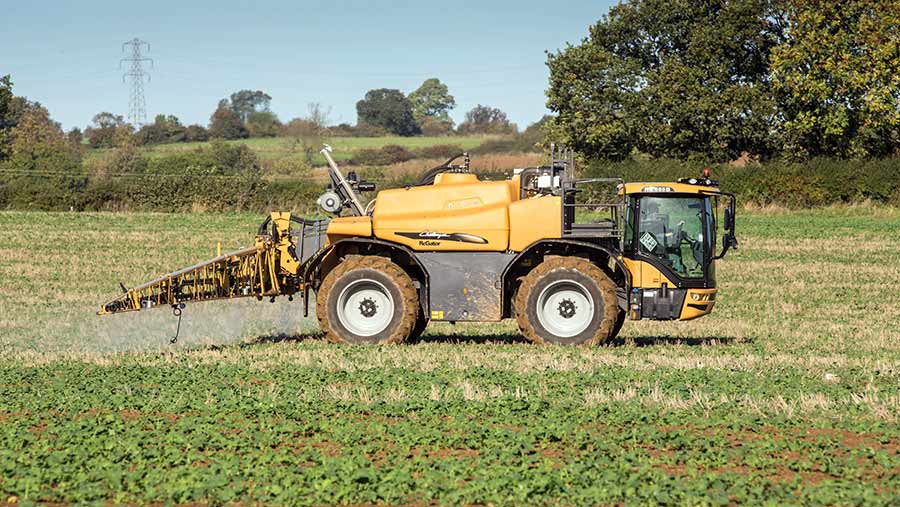 Rapeseed exceeding erucic acid limits continues to be a problem for crushers, resulting in farmers facing deductions or even rejections of loads.

Erucic acid is a naturally occurring fatty acid found in OSR and related species. However, for rapeseed oil to be used in food products, levels must not exceed a set legal limit.

The current limit is 5% in the oil, with the maximum level in most contracts set at 2%.

However, the European Commission plans to lower the legal food standard to 2%, which could see more loads incurring penalties.

Paul Rooke, sector head of oilseed and grain at the Agricultural Industries Confederation, says that while the problem is not as bad as it was three or four years ago, crushers are still seeing some loads exceeding the limit.

“It’s still above where we want to be,” he says.

Several causes have been suggested by the industry, including contamination of seed with weed seed or higher erucic acid rape (Hear) varieties grown for industrial use.

However, as David Robinson, head of innovation and knowledge transfer at Frontier, points out, problems have been seen in crops grown from uncontaminated seed.

“We have had farmers growing crops from certified seed testing zero, still seeing 5s, 6s and 7s [percent] and having rejection issues.”

So to find out what was happening, he carried out an on-farm trial in Lincolnshire. The farm had been running a tight wheat, OSR, wheat, OSR rotation and a lot of oilseed rape had been grown in the past decade.

He had a suspicion that volunteers may be one possible cause, having seen elevated plant number in trials.

“We have long known that volunteers can be an issue in OSR. We have drilled 60 seeds/sq m and often seen 110-115% establishment.”

One part of the trial involved drilling a field with double-zero seed of the Clearfield variety DK Imperial CL.

When the crop was sprayed with the imazamox herbicide at the four-leaf stage, an area in the middle of the field was left untreated as a control.

He says the thinking is that the imazamox herbicide will take out the (non-Clearfield) volunteers, just leaving behind DK Imperial CL plants. 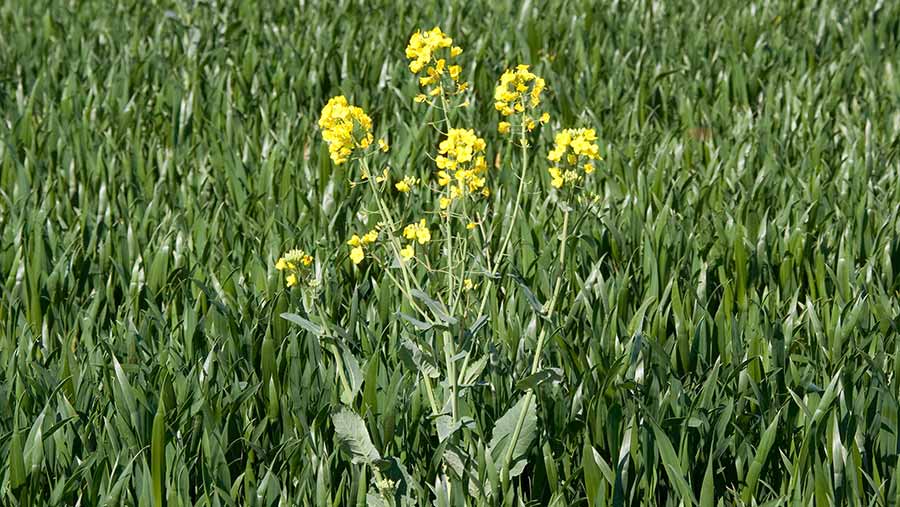 Erucic acid test results from the control area in the middle of the field ranged 5.6-7.5%, over the legal limit.

Samples were also tested at various points in the field moving away from the untreated test area. Tests taken in the middle of the Clearfield area tested zero.

However, slightly elevated levels were found in samples near the test plot and at the field edge (0.38% and 0.93%, respectively).

Mr Robinson believes this is due to cross-contamination of pollen from the test plot and volunteers in hedge bottoms.

A plot trial was also carried out in parallel including a 50:50 mix of the high erucic acid variety Ramses plus Clearfield (DK Imperial CL) to push the system.

As expected, the untreated plot had a high erucic acid level of 26.6% because of the Hear plants.

“Where we treated with imazamox, the level was zero as it had taken out the Hear plants,” he says.

Again there was a slightly elevated level in the Extrovert because of pollen contamination, but this is unlikely to be a problem as it is over only a small area.

“The trial shows that by eliminating volunteers, farmers can manage the level of erucic acid,” Mr Robinson says.

His advice is that growers concerned about erucic acid levels in particular fields, especially where a Hear variety has been grown before, should consider a Clearfield variety.