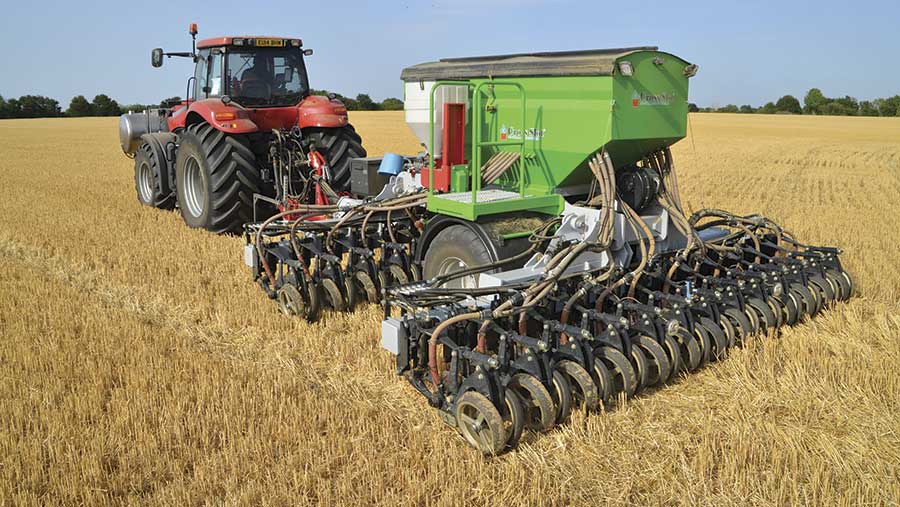 A growing number of farmers are overhauling their systems and are now farming in a way that has little impact on soil health, includes greater diversity and leads to more resilient crops which need fewer inputs.

Enthusiasts of ‘Regenerative Agriculture’ – which is also referred to as conservation agriculture – also point out that healthy soil functions can deliver carbon and ecosystem services.

This is something that growers will increasingly need to be able to demonstrate as direct payments are replaced by support based on environmental measures.

See also: How a grower slashed insecticide use by splitting fields

Sometimes referred to as conservation agriculture, regenerative agriculture is a system of farming principles and practices that aims to increase biodiversity, improve soils, protect the environment and enhance ecosystem services.

Already using resources more efficiently, Regenerative Agriculture practitioners are also starting to measure reduced tillage’s contribution to carbon sequestration, the value of greater biodiversity and the potential for farmland to reduce the risks from hazards such as flooding.

At the recent Biodiversity, Agriculture, Soil and Environment (Base) conference in York, those who have already taken the plunge and changed the way they farm all agreed on one thing – there is no blueprint.

Instead, they are having to find ways of making it work on their own farms, learning from each other and from their mistakes. For this, knowledge transfer is key, which is why Base was formed eight years ago.

“It’s never been so relevant as this year,” said Northumberland farmer and Base chairman Edwin Taylor.

“After such a difficult winter, there’s renewed focus on soils and their ability to deal with water. It’s been a steep learning curve for everyone, but the system has performed.”

There was no shortage of ideas and enthusiasm at the event. As Scottish farmer Robert Brewster, one of the conference speakers, explained, having a “low-tech, high-biology” farm which follows nature’s model has made his business more resilient and sustainable, with wildlife also being a winner.

His system has recorded slow and steady increases in soil organic matter, less poaching and much better water holding capacity, despite receiving up to 1,000mm annual rainfall.

For south Lincolnshire farmer George Sly, who has already cut machinery, fuel and labour costs and improved his soil through strip-tillage and cover crops, the next focus is to further reduce inputs, specifically synthetic nitrogen fertilisers.

As his business moves towards carbon neutrality, he plans to eliminate the broadcasting and spraying of nitrogen on to crops by 2021.

“All of it will be sub-surface or side dressed in very small doses,” he says. “I’m hoping to have stopped using it altogether by 2025.”

For that to happen, he will be making greater use of white clover sown in between crop rows and then hand mown, so that it releases nitrogen and allows the crop to grow.

The same topic is also on Oxfordshire farm manager Julian Gold’s mind. The current Soil Farmer of the Year, Mr Gold has calculated the carbon footprint of his farm and identified nitrogen fertiliser as his main target.

“We need to improve nitrogen use efficiency. In order to do that, I am investigating companion cropping, the use of a clover under-storey, and direct drilling spring crops into established winter beans.

“There are ways of reducing nitrogen fertiliser use and it’s up to us to learn about them, before restrictions come into force.”

Adrian Newton of the James Hutton Institute has been working on resilient cropping systems, looking at the role of variety blends and intercropping, as well as the effect of different cultivation systems on crop performance.

The sudden realisation in 2016 that his system was not sustainable was the prompt that Steve Lear needed to make radical changes to his farming business.

Farming 1,020ha – some of which is heavy clay soils – across five sites from his base at Creslow Manor, he was finding it increasingly difficult to create a seed-bed as soils became harder and harder to work.

“At that time, we needed up to three power harrow passes to get them in to shape. Not surprisingly, our crop establishment costs kept rising and our fixed costs were far too high,” he recalls. 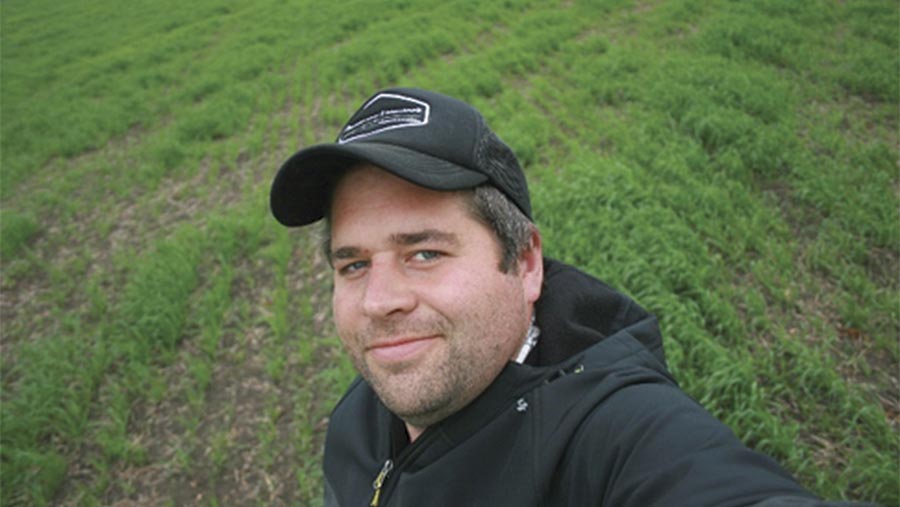 In addition, yields had plateaued while workloads had increased. Being told that his soils were dead was the final straw – so the decision was made to put far greater emphasis on soil health.

That initially involved moving towards no-till, so Mr Lear’s first step was to use a trial area of 32ha to try out a number of drills and see whether they would be suitable for his new system.

“We had a list of things that the new drill had to be able to do,” he says. “It ranged from dealing with uneven ground to having enough down pressure to drill into sun-baked soil, as well as being low disturbance and able to seed pastures.

“We were also keen to avoid smearing in the slot and hair-pinning.”

Given this list, the most suitable drill turned out to be the Cross Slot, so with the help of a 40% Leader grant, a new drill arrived on the farm.

“Of course, I then realised that I needed to change the whole system, not just the drill. So we ventured into cover crops, controlled traffic, muck management and including perennials in the rotation. We also started reducing inputs.”

His original strategy of using a cover crop where there will be an eight-week gap between crops has since been tweaked to take account of soil moisture. “Now, if we know we are going to get growth, we’ll put one in.”

Soil trafficking has been reduced, not by adopting a Controlled Traffic Farming system but by insisting that operators drive on the tramlines at all times. At the same time, bigger tyres are being used and fieldwork is abandoned if it’s wet.

“This year has been a good test of that. With a 12t drill, we had to make the decision to stop drilling.”

Using the muck from the farm’s Turville herd of pedigree Limousins has evolved so that he now composts it first, making it more biologically active. By mixing it with woodchip, the end product has a higher C:N ratio and helps to feed the soil fungi.

“It’s also a lighter product, so we’re not causing compaction when we’re spreading it or running up against complaints about the smell,” he points out.

Bringing perennials, in the form of grass/clover leys, into the arable rotation has helped with blackgrass control and also ticked the diversity box, although wireworm control was difficult in following cereal crops.

“As a result, we’ve changed that and now have beans growing after grass.”

Neither insecticides nor seed treatments have been used for the past three years, with Mr Lear expecting further reductions as the system matures and he continues to farm in a more biological way. Untreated home-saved seed is now the norm, providing the test results come back clear.

He freely admits to making mistakes along the way but has learned just as much from them than from getting things right. He now knows that clover is not killed by glyphosate and that fields with compaction are not suitable for direct drilling.

Conversely, problems that he expected to arise haven’t been obvious. “Slugs are no worse than they were and there’s been no sign of the yield dip that some others have experienced.”

Water infiltration rates have improved, as has blackgrass control. He also believes the health of plants is better in the no-till areas and is committed to moving as little soil as possible.

Looking ahead, Mr Lear is planning to start soil benchmarking and hopes to mob graze the cover crops with sheep. “I thought this would be an arable project, but it is integrating well with our livestock enterprises,” he says.