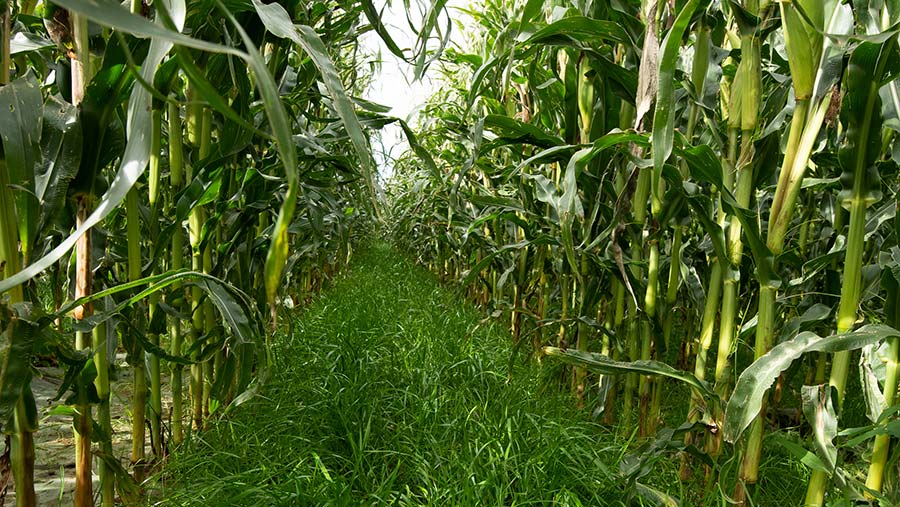 A maize crop undersown with ryegrass

Undersowing maize with Italian ryegrass can provide a low-cost way to prevent winter soil erosion and nutrient loss, and could give the added benefit of some autumn livestock grazing.

Drilling Italian ryegrass as a cover crop after maize is popular in the Netherlands, where bare winter stubbles aren’t allowed. The technique is attracting more attention in the UK, as environmental legislation becomes of greater focus and farmers look to reduce run-off and erosion.

Trials conducted by agronomy group Hutchinsons in Cumbria are aiming to find a cost-effective way of preventing these potential issues and improve ground conditions.

See also: How a Wiltshire estate produces 9,250t of maize a year 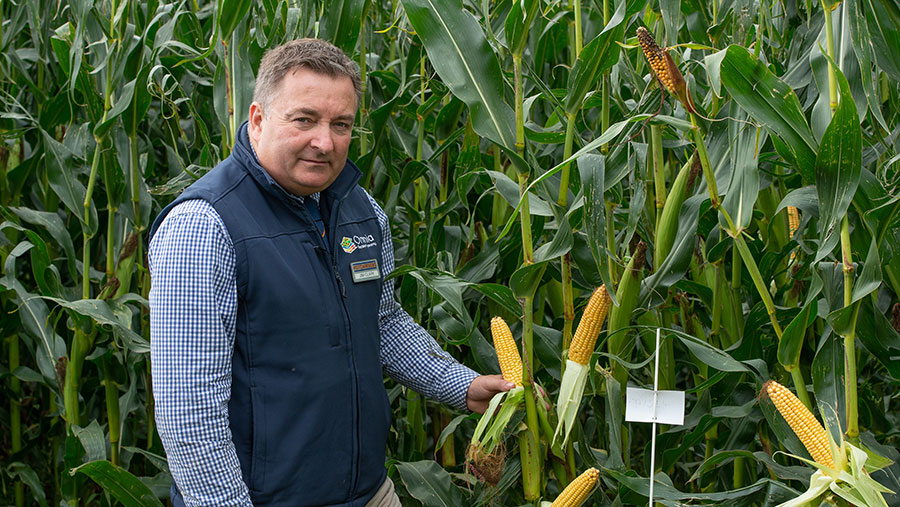 In the trial at Smalmstown Farm, near Carlisle, hosted by Mr and Mrs R Fisher, Italian ryegrass was sown in the summer into a standing 1.5m-high maize crop on 5 July, allowing time for grass cover to establish before harvest.

Sowing ryegrass later in the season leaves it unaffected by any residual maize herbicides applied before.

A slug pelleter mounted on a self-propelled sprayer was used to broadcast three rates of Italian ryegrass seed, at 7kg/ha, 15kg/ha and 22kg/ha.

“Results look promising so far, with 15kg/ha being the minimum required seed rate, while the 22kg/ha rate looks as though you could graze heifers on it,” Mr Clark says.

Other cover crops, such as brown mustard, fodder radish, stubble turnips or vetch, can be used in a similar role, but they must be sown early in the autumn.