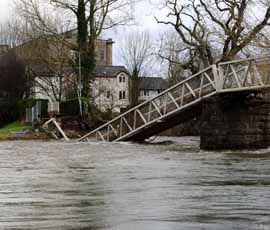 Farmers would benefit from improved severe weather warnings and better long-term forecasts if the Met Office had more powerful supercomputers, a group of MPs said.

In evidence submitted to the House of Commons’ Science and Technology Committee, the Met Office said it would cost £42m over five years to build a supercomputer with twice the processing power of an “almost one Petaflop” system that is currently being implemented.

This would allow it to provide more accurate short-term extreme weather forecasts, as well as long-term forecasts on a scale of months or years.

Andrew Miller MP, chairman of the cross-party group, said: “It is of great concern to us that scientific advances in weather forecasting and the associated public benefits – particularly in regard to severe weather warnings – are being held back by insufficient computing capacity.

“We recognise there are concerns about affordability, but a new supercomputer for the Met Office could deliver as much as a 10-to-one return on investment.

“With more accurate forecasting everyone becomes a winner – from the organisers of the village fete to farmers deciding when to harvest.”

Officials at the Met Office said it would have been able to make more accurate forecasts in relation to the snowstorms in the south of England in February 2009 and the Cumbrian floods in November 2009 if it had had a greater supercomputer capacity.

The report recommended the Met Office, which provides weather data to the government and the armed forces, develops a 10-year strategy for supercomputing resources.

The Met Office said forecasting improves at a rate of about one day a decade, meaning a three-day forecast today is as accurate as a one-day forecast 20 years ago.

The organisation said no additional funding for supercomputers had been secured yet, but it was working with the business department on a business case.