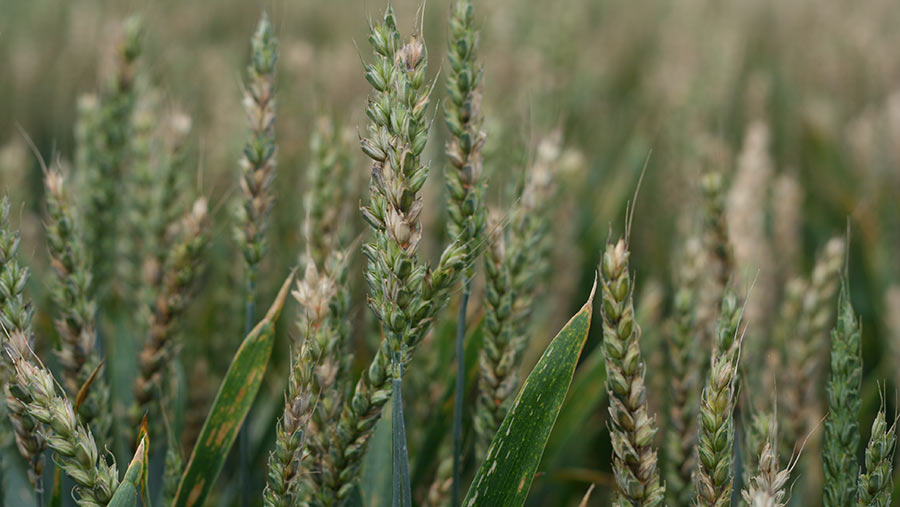 Mild winters and the possible loss of key actives from the arable toolbox are a “ticking timebomb” in the fight against crop weeds and diseases.

A leading agronomist has told Farmers Weekly that continued access to Plant Protection Products (PPPs) is more vital than ever after research showed 2016 was the warmest winter yet in the UK.

According to the Met Office’s third annual State of the UK Climate report, released last week, December 2015 to February 2016 was the warmest winter on record for England and Wales since records began in 1910.

This is bad news for arable farmers as crop diseases such as rusts and septoria as well as aphids, which carry barley yellow dwarf virus, are not killed off naturally by the environment unless winter temperatures reach sufficiently low temperatures.

Independent agronomist and chairman of the AICC, Sean Sparling, said farmers will be more reliant on specific traits in plant varieties to do the job of resisting disease and viruses if winter temperatures continue to rise, but plant protection products are still vital to the future of sustainable crop production.

A number of chemical groups, including fungicides and glyphosate, face an uncertain future in what could be a watershed year for classical chemistry in arable farming.

Three major EU dossiers on plant protection products are expected to be concluded within the next six months, including the definition of endocrine disruptors and the reauthorisation of glyphosate.

An unfavourable decision on endocrine disrupters could see 26 active ingredients used in fungicides banned for use in the EU within a few years.

Mr Sparling said it is a bleak picture for arable farmers as “all things are conspiring to become a massive bomb which will go off in the next five to 10 years if we are not careful”.

He added: “We are seeing the impact of climate change all the time, farmers constantly have to adapt but we need the right tools available to us so that we can keep producing food.

“Farmers are doing everything they can to mitigate climate change, but the weather has always been out of our control.

“If independent unbiased scientists say plant protection products are safe to use we must listen. If we are losing them because that science is being overridden by political cynicism, that’s something we must fight to stop.”

Mr Sparling also said that the loss of vital fungicides would undo farmers’ current efforts to produce safe affordable food and that protecting soils and reducing carbon emissions using cover crops and conservation tillage techniques would be impossible without glyphosate.

The report also shows that the last decade, 2007 to 2016, was warmer than any other decade in the last 300 years, and the UK also received 5% less rainfall than expected.