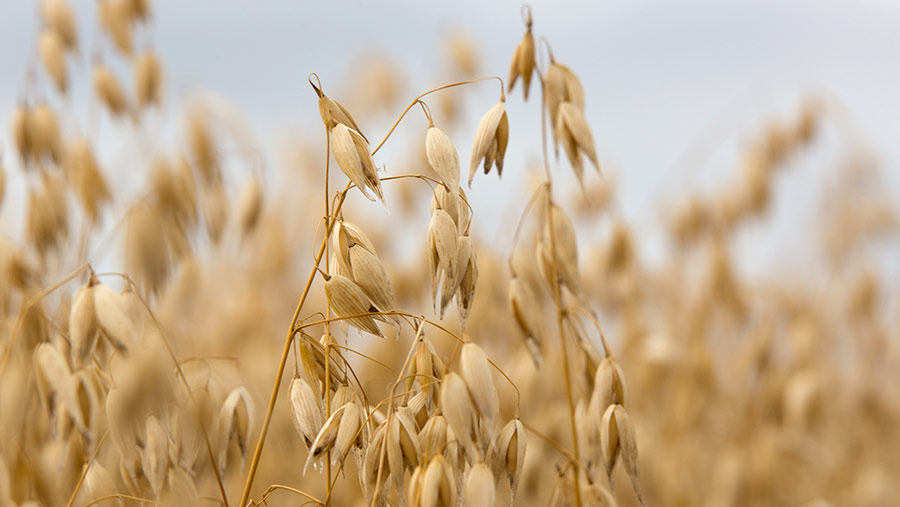 Much-needed trials work on spring oats has revealed how farmers can get even more yield from the crop, including a 0.6t/ha lift by simply tweaking fertiliser applications.

Last year was a disappointing one for spring oats, with many crops being drilled too late in April and then suffering in the summer heatwave.

As a result, some of the agronomy trials findings from 2018 should be treated with caution, says Brin Hughes of miller Richardson Milling UK, who has added them to results from the previous year to highlight some key factors.

“Spring oats have a rapid speed of development anyway and late drilling causes them to grow even faster,” he explains. “That, along with a good baking by the sun, compounded their problems last season.”

Not surprisingly, plant growth regulators weren’t required in 2018 and where late applications were made, there were some detrimental crop effects.

“That sets the tone for spring oats generally,” says Mr Hughes. “Their rapid growth means that they don’t wax up like other crops, so hefty tank mixes should be avoided. Split out your applications wherever possible.”

“If we can manipulate crop canopies and encourage better grain quality, that would benefit everyone. Work on tiller manipulation just hasn’t been done in the past.” 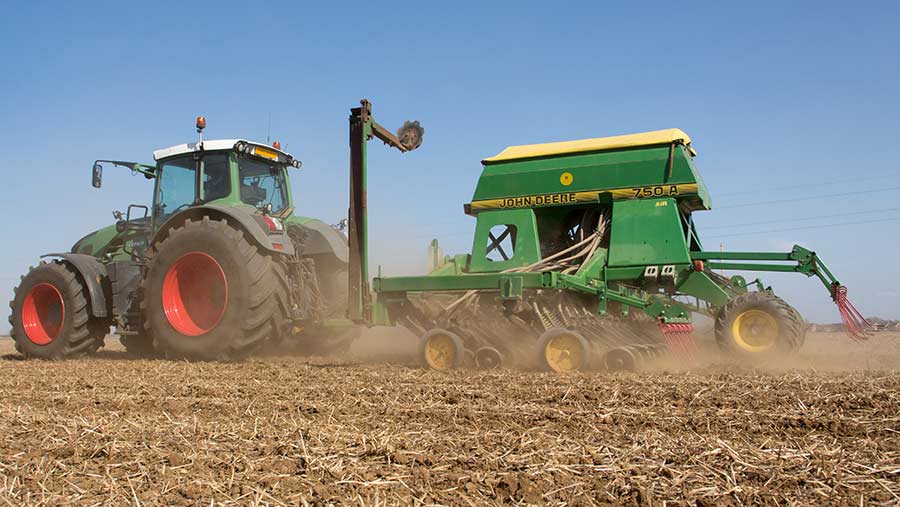 “In the first year there wasn’t much to choose between the lowest and highest seed rate on yield, and the grain quality was very similar,” he says.

Where he did record differences was in plant structure. “At the lower seed rate, plants had bigger roots systems and produced more tillers. If summer droughts become the norm, the size of the root system will take on greater importance.”

In 2018, using the higher 400 seeds/sq m rate wasn’t worth doing either, he reveals. “There was a slight yield lift, but it wasn’t enough to make a difference.”

His advice is to use 275 to 325 seeds, depending on drilling date and seed-bed condition.

The T0 timing is of interest, as it has produced good results in other crops, explains Mr Hughes. “We did see a positive response from the addition of a mildewicide at T0, with a 0.8t/ha yield lift where it was included in a programme.”

The T3 spray has even greater potential for grain quality reasons, with legal limits expected on both mycotoxin and ergot alkaloid levels and grain protection considered paramount.

However, the hot, dry end to the 2018 growing season made the T3 trial invalid. “If anything, the T3 timing may have reduced yield, as the crop was vulnerable to damage.”

Yield increases will be seen from an additional 40-50kg/ha of N, with a 0.6t/ha lift recorded in spring oats at the Kent trials site when 135kg/ha was applied, compared with the RB209 (Nutrient management Guide) recommendation of 85kg/ha.

“There isn’t any work on timings, so that needs to be done,” he adds. “At the moment, you either put it all on in the seed-bed or do a split application, with half going into the seed-bed and the remainder before stem extension.”

He didn’t see any evidence that higher nitrogen rates increased screenings. “There weren’t any quality problems from upping the nitrogen.”

Despite all the interest in growing spring oats, the winter variety Mascani performs the best in the mill and remains Richardson’s variety of choice.

Even in 2018, hulling losses with Mascani were below the all-important 30% level, while spring varieties have generally had losses in excess of 34% in the mill.

Bushel weights and screenings also suffered last year. Many contracted spring varieties came in below 50kg/hl, while screenings were often above the contract limit.

“We’ve been having to take up to 20% screenings this year,” reports Mr Hughes. “The weather resulted in fried, small grains.”

Richardson’s continues to assess new varieties for their suitability. “None of the spring varieties performed as hoped last year, although Elyann was the least bad.”

The use of a manganese seed treatment has given positive spring oat yield responses in Zantra trials, reports technical director Chris Bean.

Making the most of their rapid early growth with good establishment seems to be behind this finding, he suggests, as blind grain sites can result where crops grow away too quickly.

“Spring oats are quite hungry for manganese and plenty of crops are grown on higher pH soils,” he says.

Mr Bean is also impressed with the results from using a T0 spray, having seen good responses for the past two years when cyflufenamid was used at this timing.

He has also seen a benefit from including SDHI fungicides in the spray programme. “Whether it’s for disease control reasons or for physiological drought tolerance effects, they seem to have a place – which is contrary to earlier data.”

The poor results with spring oat varieties in 2018 may have been a blip, he suggests. “We need to consider whether we are likely to have a repeat of the same growing conditions next year. Most spring crops performed below their best last year.”

An AHDB-funded project looking at the nitrogen and sulphur requirements of both winter and spring oats over three growing seasons is under way, with the aim of filling some of the knowledge gaps that exist.

Adas researcher Sarah Clarke points to a lack of current evidence on both nitrogen rates and timings for oats, with spring oats having no information at all.

“It’s proving difficult for growers in England to get the consistent quality from spring oats that the mills want,” she says. “We are hoping to help with this and expect timing of nitrogen to be important.”

Spring oats now account for an increasing area, she reveals, although the winter oat area is stable – reflecting the miller’s preference for Mascani.

“Don’t be tempted to drill Mascani in the spring,” she warns. “It’s a very risky strategy and is unlikely to produce the right specification.

Just one new spring oat variety, Elison, has been added to the AHDB Recommended List for 2019/20.

With a yield of 102% and very stiff straw, Elison is the only spring oat with a lodging resistance score of 9. The Senova variety joins the list with a specific weight of 54.4kg/hl and a kernel content of 74.6%, along with a resistance rating of 8 for mildew.