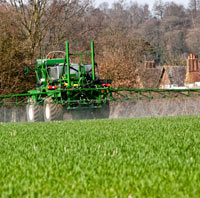 The NFU is asking for volunteers to take part in a trial to prove that a voluntary approach is the most appropriate method for informing neighbours of spraying activities.

The survey is planned for the 2009/10 spraying campaign and will assess the level of notification already being carried out by farmers in addition to the efficiency, practicality and cost of different systems.

“We are hoping to highlight how much farmers are already doing and show that they are best placed to decide the most appropriate method for informing local residents,” said NFU’s Ben Coates.

Evidence and information from the trial would be presented at the upcoming consultation on the Sustainable Use Directorate in the late autumn, he said.

“The consultation will ask for views on a range of prior notification options and we must show that a voluntary approach is a far more appropriate and practical option than compulsory regulation.”

In addition to arable farmers, the NFU requires volunteers from the horticulture industry, mixed farms and infrequent pesticide users. Those that already inform neighbours of their spaying activities would be required as well as those that don’t.