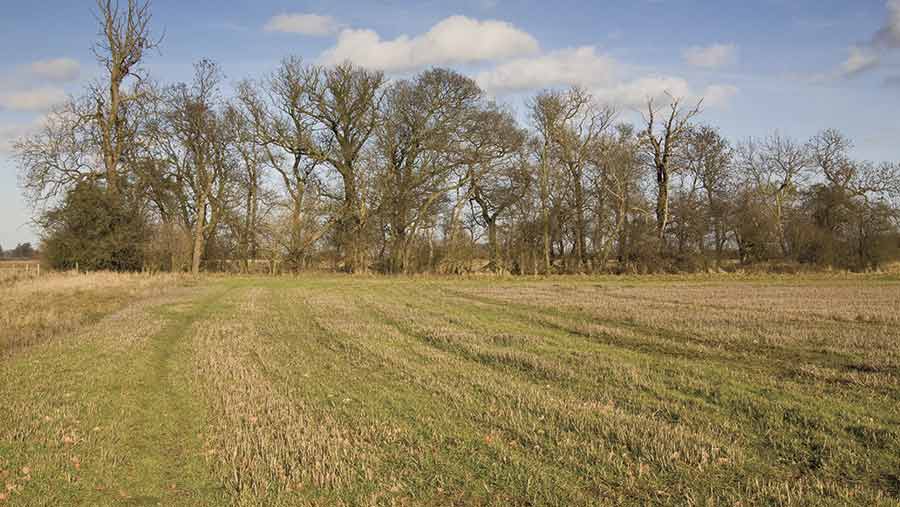 Not cropping land is a very difficult choice for any arable grower to make with overheads still to pay, but it is a decision that a growing number face, as businesses come under pressure.

Both agronomic and economic pressures are being felt at Lower Heath Farming, which AHDB Monitor Farm Jo Franklin runs in partnership with her father from their home farm base between Baldock and Royston.

Against a background of continuing low commodity prices, Miss Franklin names cabbage stem flea beetle, high blackgrass populations and uncertainty over the future of glyphosate as just some of the difficulties faced as she starts to make cropping decisions for the next few years.

“This is a heavily geared, progressive business,” explains Miss Franklin.

“With that in mind, we have to decide whether to batten down the hatches or make some big, fundamental changes. It’s scary.”

Combinable crops are produced from the 1,025ha farmed in Hertfordshire, while Miss Franklin also manages a 200ha arable unit in Hampshire.

Winter wheat, winter oilseed rape and spring barley are the main crops grown, although the future of oilseed rape on certain farm sites is under review and alternatives are being considered.

In addition, along with her partner Rob, they run 875 breeding ewes on 260ha of grass in north Hertfordshire, with plans to increase that number to 1,200 ewes next year.

She also oversees a 10,000t commercial grain storage business and carries out contracting and consultancy work. 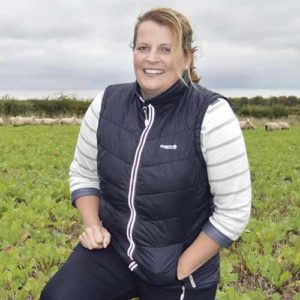 Taking on the nearby 325ha Quickswood Farm on a five-year Farm Business Tenancy in autumn 2014 allowed Miss Franklin to spread her fixed costs over a larger area, but has also given her some management dilemmas.

Chief of these is that blackgrass levels are far higher than she would like them to be, with the heavy land areas of the new farm being particularly bad.

“We’ve been out and counted the blackgrass, so that we have some way of measuring whether we are having any success as we try to tackle it,” she says.

To date, she has drilled second wheats on the heaviest fields with the worst infestations, so that later sowing dates can be used and some of the blackgrass removed ahead of drilling.

“Despite this and a heavy emphasis on pre-emergence herbicides, we have plenty of blackgrass again,” she reports. “So we need to look at other options.”

In one particularly bad field, which borders the farm drive, the decision was taken this time last year to put it into temporary grass for the sheep.

“That will be ploughed this summer and then put into a spring crop. Hopefully, that course of action over two years will have put a dent into the numbers.”

A further, separate issue at Quickswood Farm is flea beetle infestations and damage in winter oilseed rape, she continues.

“Where we had high numbers of 20 beetles/stem, our yields were reduced to 1.5t/ha. But if there were very few beetles, we got yields of 3.75t/ha.”

As a result, she is wondering whether oilseed rape is worth keeping in the rotation or not.

“I don’t think that it is a safe option here. We won’t be growing it on this site next year.”

To crop or not?

One of the fundamental changes to consider for the coming year is whether to crop the very bad blackgrass fields or not, acknowledges Miss Franklin.

“Our ELS agreement has just run out, so we are looking at the stewardship options and will make a higher tier application for this farm.

However, having a large rent and a valued workforce to pay means that she is reluctant to commit too much land to Countryside Stewardship or leave fields uncropped.

She has also invested a considerable sum of money on machinery over the last year, giving the business the opportunity to improve fieldwork timeliness and get ahead when conditions are favourable.

Furthermore, drainage improvements have been made to the worst field, to see whether it makes any difference to grass weed numbers.

Miss Franklin calculates that 57ha of Quickswood Farm is so bad for blackgrass that the economics of cropping it at current prices are questionable, with the same amount of land elsewhere at Lower Heath Farming also being on the cusp.

“That’s nearly one quarter of the total wheat area,” she points out.

Her preference for this land is to plough it down and leave it, burying the blackgrass seed burden.

This will then be followed by a crop of spring barley, which is very competitive and can be drilled with minimum soil disturbance.

“We know we can grow successful spring barley crops,” she says.

“It is cheap to grow, with low establishment costs, and it allows us to make the best use of cultural weed control techniques.”

Other crop options are spring wheat, spring oats or peas, she acknowledges.

After that crop, in the second year, she will then have the option to put the worst areas into arable reversion, also grazing sheep on it and providing more cutting ground.

“It probably will still leave us with some challenging blackgrass, but a two-year approach to the problem should make quite a difference.”

“There’s also fencing and water to consider where livestock are being introduced. However, there are benefits from having them on the farm.”

Cover crops grown on heavy land over the winter have been discounted, after a trial which showed that drilling spring barley into the remains of a cover crop was too difficult in wet conditions.

“We didn’t have the right drill and the crop went in too late. We can’t risk having large areas of the farm that we can’t get on.”

In the coming months, we will be tackling a range of topics.