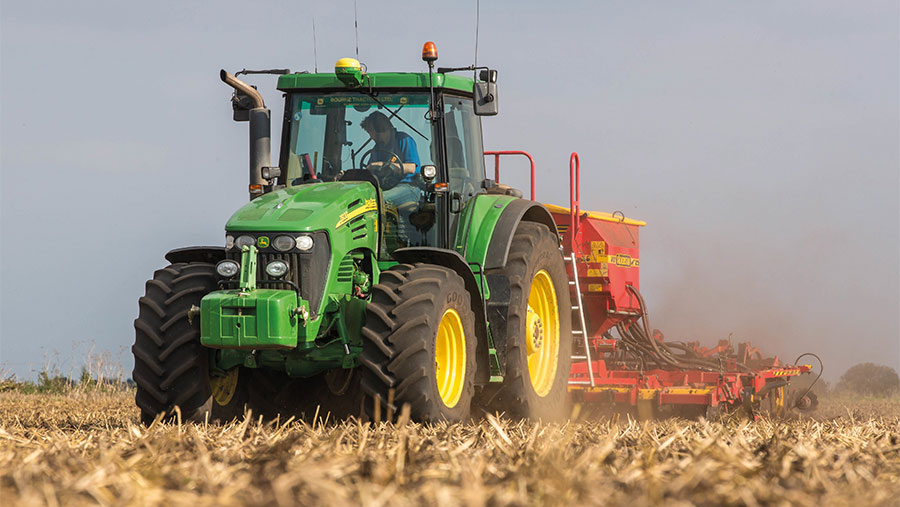 Oilseed rape growers entertaining thoughts of drilling the crop again had plenty of winter oilseed rape varieties to consider at Cereals Live 2020, along with some financial incentives to grow them.

With the focus on improving the chances of success with autumn establishment, plant breeders were lining up to explain why their varieties minimised any risk of failure and were most likely to succeed.

These included Clearfield types, premium-earning high oleic, low linolenic (HOLL) and high erucic acid varieties, others with turnip yellows virus resistance and the first semi-dwarf hybrid to be described on the Recommended List.

From Bayer’s extensive Dekalb OSR portfolio, six new varieties were being highlighted – all of which offer the vigorous establishment and pod shatter resistance typical of the respected breeding programme.

Described as a breakthrough minimum-risk variety, Exstar will be widely available this season and offers 8 ratings for both light leaf spot and phoma, as well as a 9 for lodging.

It also comes in the company’s Enhanced Establishment Scheme, so growers will be compensated by about £33/ha for any crops lost by 31 October.

Fast-developing Extremus was highlighted for its combination of rapid autumn development and early spring growth – both recognised for their role in restricting cabbage stem flea beetle larval damage.

Others were a candidate with turnip yellows virus resistance, Expectation, for the East/West region, and Excited, with a strong agronomic package.

Imprint CL is the first in a new generation of Clearfield performance, while V367OL is the natural successor to V316OL in the HOLL sector.

BASF’s InVigor portfolio of hybrids was being promoted, with the emphasis on its combination of autumn and spring vigour to help beat cabbage stem flea beetle.

All the InVigor varieties come with Integral Pro biological seed treatment and as part of the company’s Establishment Risk Share programme, which offers £30/ha back if establishment fails.

Top-performing candidate Voltage was introduced by DSV. With a gross output of 108% in the East/West region, an oil content of 45.5%, turnip yellows virus resistance and a light leaf spot rating of 7.3, the company heralded it as a gamechanger.

“It has genuine UK-wide versatility,” explained Sarah Hawthorne of DSV. “It’s a short, stiff, resilient variety that will be able to withstand a wide range of growing conditions and cope with low-input production methods.”

The first semi-dwarf to be described on the Recommended List, PX131 has a low-spreading autumn growth habit, good winter hardiness and a high oil content – things that will appeal to those intending to bring sowing dates forward.

As Andy Stainsthorpe of Corteva explained, the change in grower mindset to oilseed rape establishment means that many have been altering their drilling date to find the moisture required for a good start.

“For the early drillers, PX131 has a lower growing point and an outwards growth habit, both of which make it extremely winter hardy and less susceptible to damage from pests,” he said.

“Semi-dwarf varieties have always been recognised for their ease of management and harvest,” said Mr Stainthorpe.

“Now we have one that fits the modern rapeseed market and helps to overcome the establishment challenges being faced.”