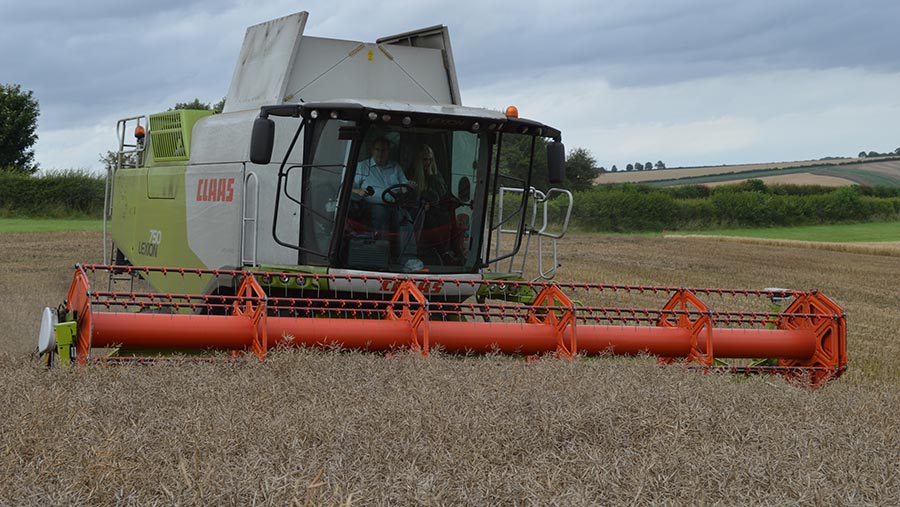 Top yields of oilseed rape come from farmers who keep their crops growing longer and apply magnesium even in a year of only average yields.

Sarah Kendall at crop consultants Adas says that the top yielding 50% of oilseed rape crops entered into the Yield Enhancement Network (YEN) competition had an extra nine days between first flowering and dessication ahead of harvest.

“The nine days difference between the top 50% and the other 50% was crucial, while magnesium levels were also important,” she said.

Average yields of the 62 YEN entrants were down at 4.65t/ha from 5.24t/ha in 2017 due to the concertinaed growing period with flowering two to three weeks late and harvest coming early, reducing the time for seed filling.

Mr Lamyman picked the variety Sparrow as it gave high pod numbers, and in another field of the variety, he broke the world record in the summer of 2018 with a yield of 7.01t/ha.

His top tips for growing the crop reflected Dr Kendall’s thinking in that he looks to prolong the green period between flowering and senescence, while adding magnesium alongside boron.