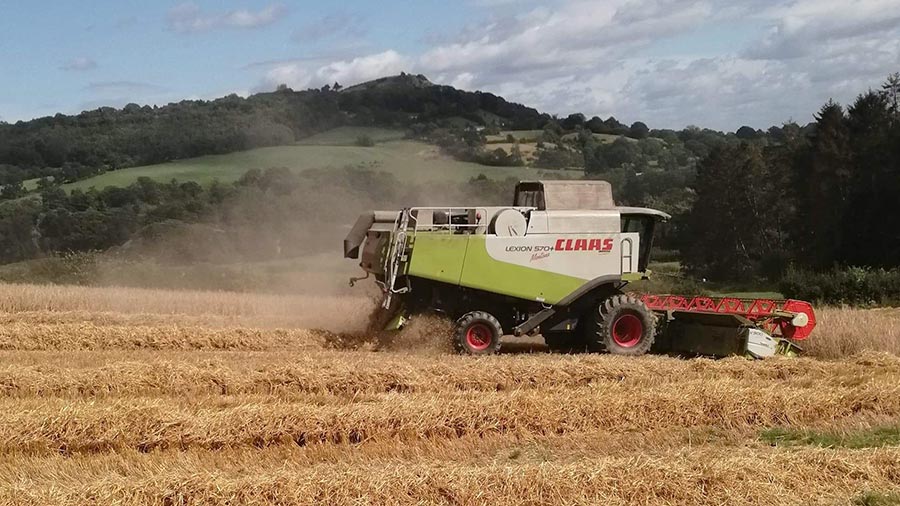 Hybrid rye offers several benefits to arable rotations, not least because of the ability of its extensive root system to extract soil nutrients, potentially cutting nitrogen fertiliser requirements by 40% compared with second wheats.

See also: Why rye variety choice is key for biogas

That represents a significant saving at current fertiliser prices, and for growers with a local market for rye, principally as animal feed or wholecrop silage for anaerobic digestion, it could be a big factor when finalising 2023 cropping plans.

The other main outlets – flour milling for Ryvita and distilling – could offer an alternative option for those close to particular buyers, but both markets are relatively limited.

Modern hybrid varieties account for about 90% of the UK area, and to capitalise on their agronomic advantages requires careful variety selection and a keen eye on agronomy during the crucial establishment period.

When selecting a rye variety, the AHDB Descriptive List provides a useful starting point, but Hutchinsons southern seeds manager Peter Brundle says it is based on more limited data than the Recommended List for cereals and oilseeds.

Therefore, growers should only use it as a guide alongside other sources, such as breeders’ data, local trials and agronomist feedback.

“Everyone’s got their preferred variety, but it’s about finding what works best in your location. Yield and biomass are the key attributes you’re looking for, alongside maturity, good agronomics and standing ability.

“Brown rust can be a particular problem in rye, and our trials suggest all varieties are susceptible and need careful monitoring throughout the season.”

“It was taller, looked healthier and was the best for blackgrass suppression. It also brings a different genetic base to the UK market, which is always good to have, alongside other popular varieties such as Performer and Serafino.”

With some hybrid rye seed produced on the Continent, he says availability for early drilling can be challenging, especially if harvest is delayed, so he advises growers to place orders as soon as possible.

Hybrid rye has powerful winter dormancy, so it needs to be drilled relatively early in the autumn for crops to establish well before winter.

“It’s certainly not a crop to be sowing after 15 October. Above-ground growth can be quite lethargic in autumn, which is why you need to establish it reasonably early.

“Crops emerge with a purple colouring in autumn, which often worries growers. Plants will still be developing a fantastic root system beneath the surface that will support exceptionally fast growth once spring vigour kicks in.”

Drilling slightly earlier in September may be possible in some situations, such as where direct drilling is used, as crops are typically slower to get going in such systems.

Growers should aim to achieve an established plant population of 200 plants/sq m by 1 March, so work back from this to determine the seed rate required, depending on site-specific factors such as soil type, seed-bed conditions, pest pressure (notably slugs) and the weather, he advises.

Aside from choosing lower-risk varieties, establishing sufficient plants per square metre is the main agronomic way to reduce ergot infection at flowering, as more heads mean more rye pollen and faster fertilisation (rye is a cross-pollinator, so open flowers are more susceptible to infection).

Including a phosphate-based placement fertiliser, such as Primary-P or Crystal Green, with seed at drilling can be particularly beneficial, he says.

With most roots only able to extract phosphate from about 1mm away, placing fertiliser close to seeds ensures early demands can be met, keeping plant growth going until the root network develops. 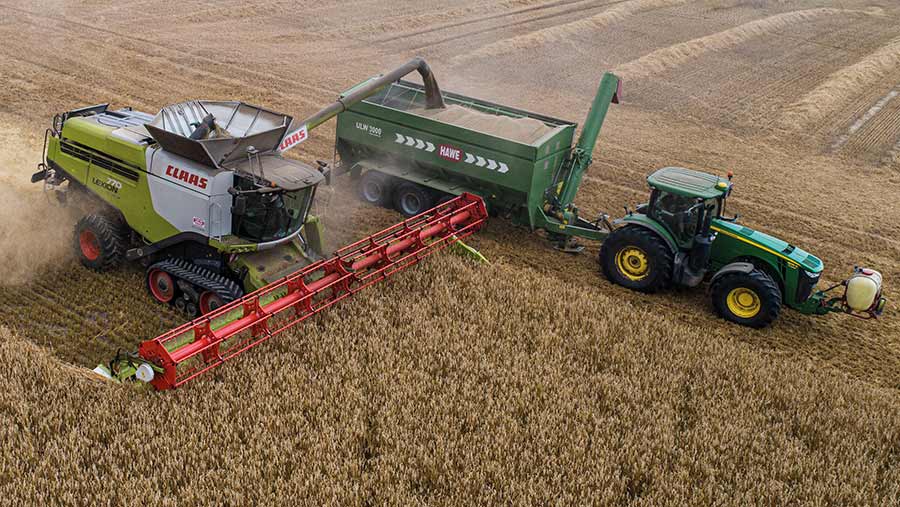 Rye is traditionally grown on lighter soils, so additional manganese can be useful in autumn, and is often included with a barley yellow dwarf virus spray, he adds.

Looking ahead to spring, Mr Neale says that as rye comes out of winter, crops will benefit from early nitrogen to facilitate the rapid increase in biomass that occurs as temperature and daylight increase.

Total nitrogen fertiliser rates are typically 120-150kg/ha, compared with 220-240kg/ha in a second wheat. However, growers must tailor applications to soil reserves and yield potential, he says.

Lodging risk should also be considered when planning fertiliser strategy. Breeders have made big improvements to internode strength and reduced the height of modern hybrids, so lodging risk can be minimised with good nitrogen management and an effective spring growth regulator programme.

While rye’s potential fertiliser savings are an attractive proposition, Mr Neale warns there will be a payback at some point in following crops, which growers must consider before deciding whether to grow rye.

“Rye is very good at using nutrition in the soil, which can save you money on fertiliser, but if it’s extracting a lot of nitrogen, phosphorus and potassium, there may not be much left for the following crop.”

“Plants don’t store potassium, so as they ripen, any potassium that is unused is gradually bled back into the soil. Harvesting crops green removes much more potassium than if they’re allowed to ripen fully and harvested for grain.”

Regrowth of rye cut for forage can also mean allelopathic effects on other plants may continue in the soil.

“We see this most where growers use forage rye as an early entry for oilseed rape. OSR behind rye can sometimes be very lacklustre as rye has sucked out all the moisture and nutrients.

“You’ve got to weigh up the pros and cons before making final decisions. Just growing rye because it will save you money is all very well, but you don’t get something for nothing.”

Rye is very competitive against weeds in the spring, but slow autumn growth and early drilling mean care is needed to minimise weed pressure before and after drilling.

Mr Neale says a good range of residual herbicides is available, many of which are similar to the flufenacet-based options for wheat and barley, although growers should always check products are approved for use in rye.

He adds that before drilling any crop, it is vital to evaluate the specific weed problems in individual fields, and how they should be managed.

Soft brome, for example, is becoming an increasing issue, and management requires leaving underripe seeds on the surface to ripen for a month before any cultivation.

“This may take you to mid-September, when rye is drilled. Soft brome tends to be late to germinate, though, so you can use post-emergence herbicides to catch any weeds that missed the pre-em.”

Where blackgrass or ryegrass pressure is high, growers need to carefully consider whether rye is the right option, Mr Neale says, especially as earlier sowing gives less time to control weeds with stale seed-beds before drilling.

Growing rye for wholecrop silage can be effective for grassweed control, given the crop’s natural allelopathic effects in autumn, its spring competitiveness, and the fact that crops are usually removed before blackgrass sets seed.

“But if you’re reliant on a contractor to do the foraging, can you guarantee they’ll be there in mid-June? If it gets pushed to July, blackgrass may well be shedding seed by then.”

Where rye is harvested early, there can be a useful double-cropping window, whereby a fast-growing cover crop can be established to build soil structure and fertility before the next crop.

Rust and mildew are the main disease threats to rye, and with only marginal differences in varietal resistance, growers must be vigilant and react to seasonal pressure.

Brown rust can be problematic in autumn in early-sown crops, and there is another main risk period in late spring/early summer.

Brown rust is a threat at any time if conditions are conducive, according to Hutchinsons’ Dick Neale.

“The rust strains that affect rye are different to those in wheat or barley, but the principles are the same; you can’t afford to let rust get a foothold, so treat crops whenever you see it develop.”

There is a good range of chemistry for rust control, but he says there are no mildewicides approved for autumn use in rye.

Maximising plant health and applying phosphites and manganese can improve the resilience of plants to mildew infection – with the main risk periods in autumn and as crops thicken in spring.