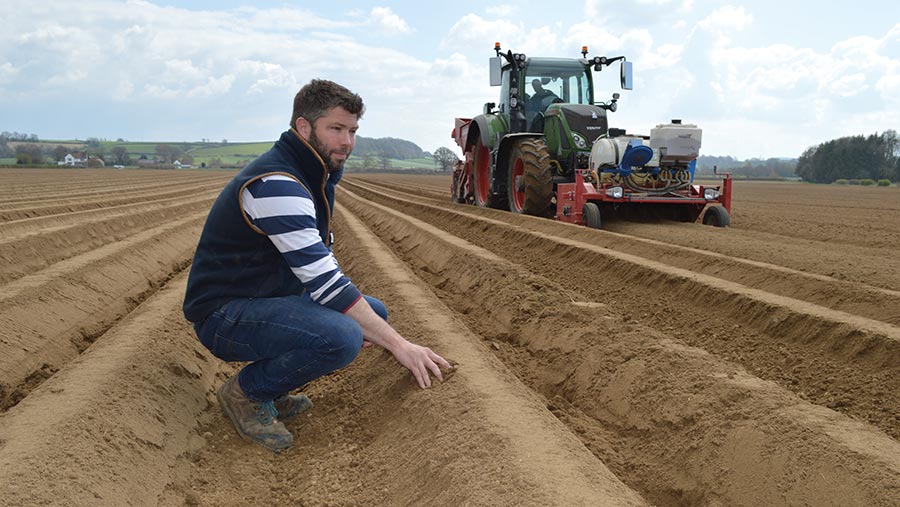 Potato planting was racing ahead in south Somerset this month, after farm manager Ollie Blackburn rejigged his crop rotation to improve soil fertility and structure for his spuds.

He hopes to plant all his 80ha of maincrop potatoes by the end of this week in an April that has seen warm days and frosty night, while soil conditions at planting looked near perfect.

He is strip-till drilling winter wheat and also maize, and using grass leys and cover crops to get his land into good heart and ready for spuds once every six years. His potato yields are averaging an impressive 52-53t/ha.

Watch the video of potato planting at Dillington Farms and read the full report below.

See also: How the seed potato industry is reacting to loss of EU market

Ollie Blackburn’s most promising potato fields have seen a previous crop of wheat, and were then drilled with a cover crop that is grazed off by sheep and then cultivated in the spring.

This system appears to suit his silty clay loam soils. 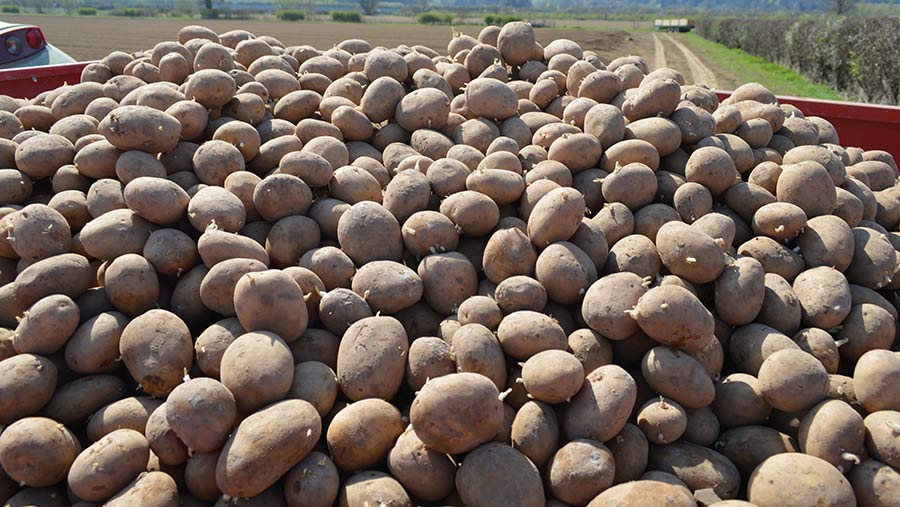 Spud planting got under way in line with the farm’s traditional timing in the first week of April, and seed potatoes went in well into the moisture-retentive soils, although the cold nights are likely to hold back plant emergence by a few days.

The soils had not dried out too much in the dry spring and although air temperatures at night were very low, soil temperatures at tuber-planting depth were normal for the time of year, at about 9-10C.

Mr Blackburn is among a group of maincrop potato growers supplying the nearby Branston packing station with pre-pack fresh potatoes for a major supermarket chain, on generally good fertile soils with access to irrigation.

Harvest of his early maincrop varieties usually starts at the beginning of September and lasts about six weeks.

He is growing the early maincrop varieties Electra, Lanorma and Manhattan, with irrigation available on the 650ha of land that is farmed in-house at Dillington Farms, close to Ilminster in south Somerset, along either side of the A303 trunk road.

On the mixed farm, two-year leys supply grass and silage for the dairy herd and their inclusion in the rotation help increase soil fertility

The strategy is to build up this fertility ahead of spud crops with manure and slurry from the 350-strong dairy herd, which is milked with six robots, and then disturb the land as little as possible to improve the soil’s structure.

This means drilling his two winter wheat varieties Skyfall and Extase with a strip-till drill and moving to the same technique for maize, all to limit any disturbance to the soil.

“For the rest of the rotation after potatoes, we are looking not to move the soil and so use the strip-till approach as much as possible,” he says.

In preparing the potato land, as soon as the sheep depart the cover crops the land is deep cultivated without the use of a plough by using a Vaderstad TopDown cultivator, with its collection of discs, tines, leveller and packer, twice across the ground down to 325mm.

The land is then prepared with a bed tiller rotavator, a pass of a de-stoner and then it is ready for the Grimme two-row planter, which can plant up to 6ha of land a day.

Just over half the potato ground, or 42ha, is planted up with the variety Electra, which grows well without irrigation and has good resistance to common scab – very important to give good skins for the pre-pack market.

Mr Blackburn has also cut nitrogen rates to 100kg/ha on the Electra without any significant effect on yield, while the Lanorma and Manhattan receive 180-200kg/ha of nitrogen and get priority for irrigation.

The number of potato varieties grown has been reduced from seven to the current three some years ago, to simplify handling and storage. 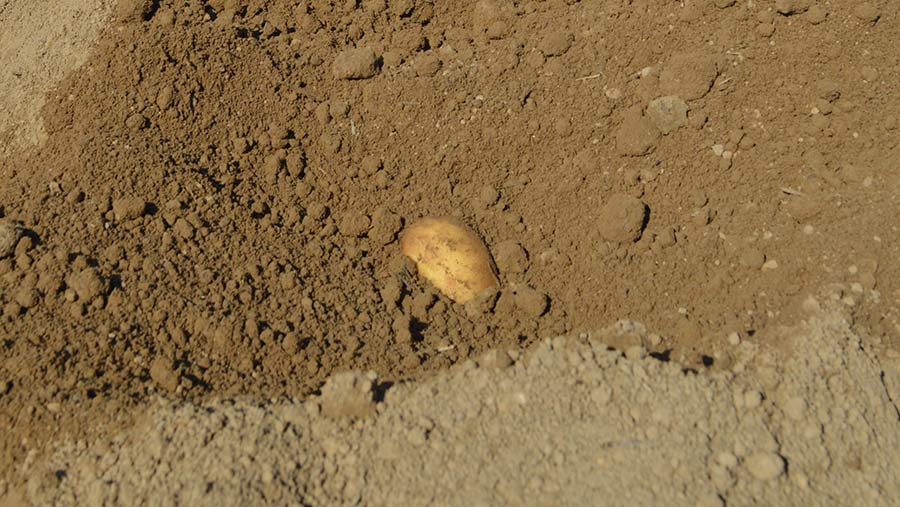