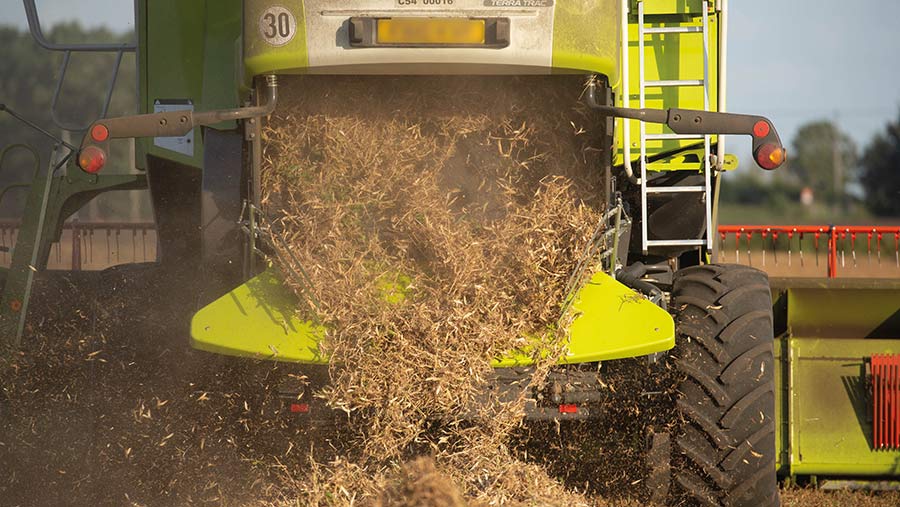 Norfolk grower David Wroth is set to more than double his area of combine peas this spring to help mitigate against soaring bagged nitrogen fertiliser prices, while it will also help improve the health of his light sandy soils.

After his first year of growing peas in 2021, which resulted in a respectable yield, he is set to grow 38ha this year with the advantage that this legume crop needs no nitrogen fertiliser, which has more than doubled in price in the past six months.

His pea crop last year had about half the spray and fertiliser input costs of his spring malting barley but still produced a comparable profit margin, and he now believes that peas could start to replace some of his sugar beet area.

It also helped that a pea breeder from a major seed house lived in the same north Norfolk village as Mr Wroth, so expert help was on hand to start growing this new crop.

“We are more than doubling the pea area this year to cut down on expensive fertiliser costs and also to improve general soil health,” he tells Farmers Weekly.

Last year, he grew a 16ha seed crop of the green pea variety Aviator for the variety’s breeder Limagrain, but the colour and quality of the crop could easily have been acceptable for human consumption and so could have sold for up to £300/t to a pea processor. Green pea varieties were previously known as blue peas.

The crop yielded about 3.5t/ha in 2021 on his first attempt at growing peas, with the variety’s breeder saying that experienced growers should be looking at crops to yield 5t/ha or more.

Some 60-70% of the UK’s 61,000ha combine pea area is down to green pea varieties, such as Aviator, which are primarily used for human consumption in soups, canning and for export, but if the quality is not up to scratch, they can be sold for a £30-£40/t discount and incorporated into animal feeds.

With ammonium nitrate fertiliser prices topping £600/t from just £300/t back in June 2021, many growers have been looking at ways of trimming back fertiliser rates and turning to pea and bean crops, which, as legumes, fix their own nitrogen from the atmosphere. 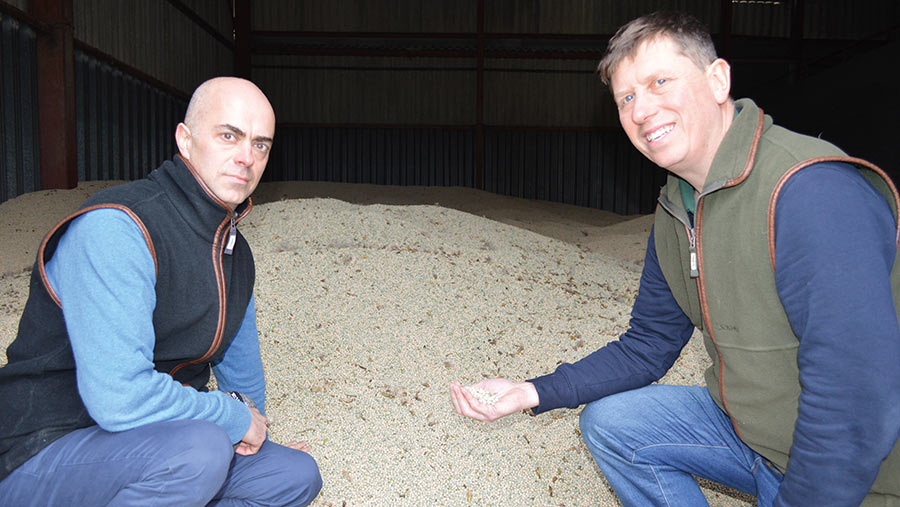 Mr Wroth is farm manager for 265ha of mainly arable land at Bell Farm, Docking, about 12 miles north-east of King’s Lynn, where he follows a five-year rotation on his light sandy loam soils with 65 Red Poll cattle grazing his non-arable land.

Looking at his five-year rotation of winter barley/oilseed rape/winter wheat/sugar beet/spring barley, he was concerned that his 40ha of sugar beet was not producing a good financial return and the beet harvest through the winter was damaging his soils.

Therefore, his sugar beet area for 2022 will come down to 33ha, with combine peas taking up the slack after his successful first season with the low-input pulse crop.

“We could see peas taking over even more of the sugar beet land in the future,” he says.

Last season, his 16ha crop of peas followed sugar beet. The land had been initially destined for spring barley, but Mr Wroth was keen to try a different crop to compete with sugar beet.

The ground was left to dry out after the last beet was lifted in January, and then after one pass of a tine-disc-packer Cousins Patriot cultivator, the crop was drilled two days later on 22 March.

The crop was sown with the farm’s 3m Horsch Pronto disc drill at 90 seeds/sq m at 50mm depth into good moisture, and was not rolled after drilling to reduce any chance of soil compaction, which pea crops are very susceptible to early in the season.

With no chemical seed dressing now available for the combine pea crops, he was keen to choose a variety with good resistance to downy mildew.

Aviator has the joint highest resistance score of an 8 for the disease in a 1-9 scale where 1 is susceptible and 9 shows good resistance. The variety also has high resistance to powdery mildew.

“The crop went into good moisture and was soon up and away and never struggled,” he says.

This good growth is particularly important to limit pigeon grazing damage in the critical time between drilling and flowering.

Despite a very dry spring in 2021, the crop was flowering by late May – and when rain did finally come at around that time, it showed good growth through the summer months.

A pre-emergence herbicide mix of Nirvana (imazamox + pendimethalin) and Mohawk (clomazone) was used soon after drilling, a nutrient mix of sulphur and manganese applied in early June and then a fungicide-insecticide mix used in mid-June.

This included Amistar (azoxystrobin) to control downy mildew and then Stealth (pyrethroid lambda-cyhalothrin) and pirimicarb for pea moth control.

The total seasonal spray cost amounted to £118/ha for the peas with no fertiliser used, while spray and fertiliser costs for his malting spring barley came in at a more expensive £200-plus/ha. 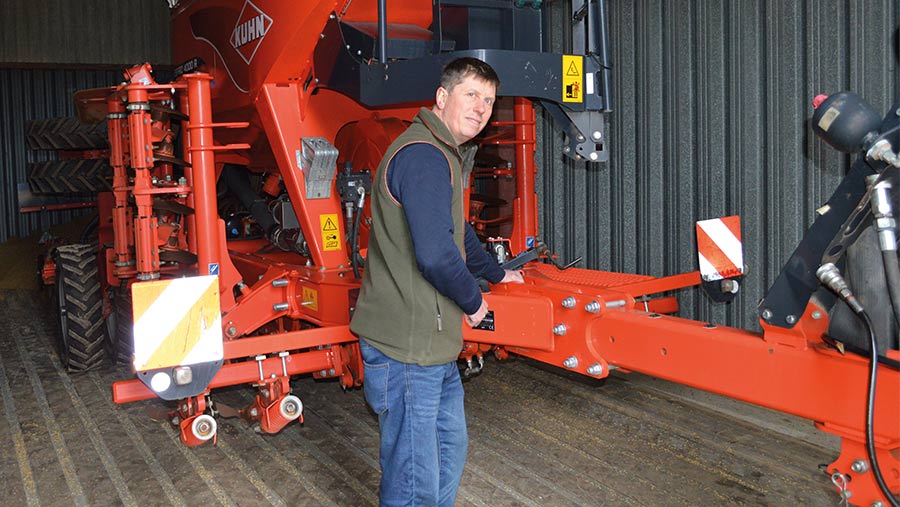 Pea harvesting is fitting in well on the farm, coming after winter barley, oilseed rape and spring barley and just before winter wheat.

The crop was cut on the 12 and 13 August without any use of a desiccant, such as glyphosate, as they are not allowed for a seed crop, but Mr Wroth says no spray would have been needed even if grown as a commercial crop.

“It combined well with nothing left on the floor, and there was very little difference from harvesting spring barley,” he says.

Will Pillinger, a Limagrain UK pulse breeder who lives in the same village, says the variety Aviator has a short, stiff straw with the pods growing very near to the top of the plant.

Often, there are three pods for every truss compared with only two pods for other mainstream varieties. This means there is even maturity and less competition for light.

“This gives a more controlled and predictable harvest, when quality is very important to hit the human consumption market. With growing peas, it is not all about yield, but also about achieving the quality needed,” he says.

Green colour and size is important for the human consumption market, so harvesting evenly maturing pods near the top of the crop is an advantage for the variety, he adds.

The combine pea area is expected to edge ahead this spring as growers look for crops that don’t need any expensive nitrogen fertiliser and will offer them a low-input spring break crop.

This is the first part of a two-part series on pea and bean crops, which are set to become more popular due the dramatic hike in nitrogen fertiliser prices and a desire for more home-grown protein crops. In part two, David Jones travels to Wales to talk to two high-yielding spring bean growers.